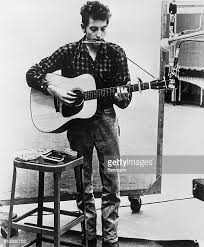 If there is one song that could be deemed Bob Dylan´s signature tune, then he has surely been singing it for the past week or so.

As Tina Benitez Eves reported in American Songwriter recently controversy has placed a cloud of suspicion over the literary circles of the publishing world.

Simon & Schuster, publishers of Bob Dylan’s latest book, The Philosophy of Modern Song, are offering refunds to those who purchased “hand-signed” copies, after admitting that they used an auto-pen technology to sign the copies.

“To those who purchased The Philosophy of Modern Song, we want to apologize,” read the publishers official statement  on social media. “As it turns out, the limited edition books do contain Bob’s original signature, but in a penned replica form. We are addressing this immediately by providing each purchaser with an immediate refund.”´

American Songwriter suggests that Simon & Schuster originally revealed that 900 copies of the book were personally autographed by Dylan. “You hold in your hands something very special, one of just 900 copies available in the U.S.,” read a letter signed by Jonathan Karp, the president and CEO of Simon & Schuster, accompanying each purchase. “This letter is confirmation that the copy of the book you hold in your hand has been hand-signed by Bob Dylan.”

Once copies of The Philosophy of Modern Song started to arrive to customers, many who spent $599 for a hand-signed copy by Dylan, noticed that the signatures were replicated after sharing photos of variations on public forums and then these recipients took to social media to call out the publisher.

On Nov. 20, the publisher began responding to irate customers in an e-mail letter, also signed by Karp, which read: “We apologize for the mistake that was made and are offering a full refund of your purchase. Please keep your copy of The Philosophy of Modern Song at no cost. We hope you will enjoy reading it.”

Presidential signatures are often placed on government bills using autopen, which has been in use since the early 19th century when Thomas Edison first began using the device. Earlier versions replicated a template of a signature, which was cut through a metal plate and then traced over with a stylus pen.

Another of the excellent and even-handed writers at American Songwriter, Jacob Uitti reported on how Dylan himself responded to the controversy.

Bob Dylan has released a statement, Uitti reported, concerning the fake signature controversy with his new book, The Philosophy Of Modern Song.

Fans who paid $599 for the “signed” book will be reimbursed by the publishing house, who recently admitted the signatures inside the book were a “penned replica form.”

In his statement, Dylan said he’d been suffering from a “bad case of vertigo” since 2019 and it had “continued into the pandemic years.” He said that “with contractual deadlines looming, the idea of using an auto-pen was suggested to me, along with the assurance that this kind of thing is done ‘all the time’ in the art and literary worlds” .

my fans and followers,

I’ve been made aware that there’s some controversy about signatures on some of my recent artwork prints and on a limited edition of Philosophy Of Modern Song. I’ve hand-signed each and every art print over the yearsand there’s never been a problem.

However, in 2019 I had a bad case of vertigo and it continued into the pandemic years. It takes a crew of five working in close quarters with me to help enable these signing sessions, and we could not find a safe and workable way to complete what I needed to do while the virus was raging

So, during the pandemic, it was impossible to sign anything and the vertigo didn’t help. With contractual deadlines looming, the idea of using an auto-pen was suggested to me, along with the assurance that this kind of thing is done ‘all the time’ in the art and literary worlds.

Using a machine was an error in judgment and I want to rectify it immediately. I’m working with Simon & Schuster and my gallery partners to do just that.

With my deepest regrets.

Bob Dylan (please note this is not a real siginature !)

CHRISTINE McVIE was a Perfect presence