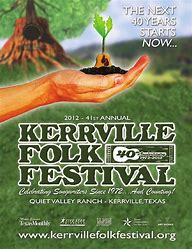 . By writing new music influenced by the roots music many of them listened, some of these musicians, Tom Russell, in particular perhaps, themselves became music-ethno-musicologists, taking music around and in so doing strengthened its flavour rather than diluted it- My memory of those times is of how Russell, Tom Paxton, Townes, Guy Clark, Bill Staines , Butch Hancock (and his Flatlander mate Jimmie and Joe) and Nanci Griffith too created new music and took it forwarded. I also remember, though, that all these artists in performance would explain to we in the audience the geographical and ethnic roots from which their own music had grown.
https://aata.dev/wp-content/uploads/2022/06/cover-16.jpg 249 192 Norman Warwick https://aata.dev/wp-content/uploads/2020/04/newlogo.png Norman Warwick2022-06-29 09:24:142022-06-29 18:59:05TAPES RECORDED ALONG THE TRAIL + bits & pieces; Adsubian Art Gallery, Ribble Valley Jazz & English Folk Expo