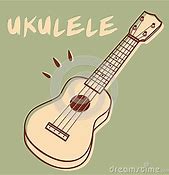 Artists in so many varied formats are struggling to practice and deliver their art in these times of lockdown, not only in the UK but also even here on Lanzarote where normal living conditions are much less curtailed. However, a friend of mine reports from the Calderdale area in the North West of England that the on-line arts community continues to thrive in the virtual world.

Writing for our synergetic companions at all across the arts, in The Rochdale Observer recently, Ray Stearn, an occasional contributor to Sidetracks & Detours as well as being frequently mentioned in our posts, reported that his ukulele group, The Pigeon Pluckers. has welcomed the local U3A group to its weekly on-line play along.

´It´s certainly not the same as being together to play,´ admits Ray, ´but most members of both groups would never consider travelling the distance involved to physically play together´.

Nevertheless he reports that local writing groups are similarly dropping the geographical boundaries to share workshops on line. Many of these workshops now have members from four or more separate groups logging on to write together.

I know from several of our correspondents to Sidetracks & Detours that such sessions are a real boost for many members who can no longer attend live meetings of like-minded folk practicing their preferred art form We have had similar reports from here on Lanzarote and from The Channel Islands.

Folk ´n Poetry nights in Rochdale now see those Bard From The Baum now reading entirely from the safety of their own homes, and yet the group and its audience are still thriving. In fact, their former monthly live meetings are held fortnightly on line, which I think is a way of describing iambic pentameter.

Ray Stearn, a retired librarian who just happens to be a ukelele player, storyteller and a poet is also a singer and a member of three choirs. Although two of these currently remain out of action due to the covid threat, the third, Out Of The Box, has recently met on-line and started singing again, managing three numbers.

Ray reckons threat the problem with a virtual choir is that no single member can hear what the others are singing.

´Nevertheless,´ he says, ´as the virtual world is doing its best to fill the gaps in the real world, at least the choir can get some practice in!´

As regular readers of Sidetracks & Detours will know, Steve Bewick, our jazz correspondent (right) and i have actually created virtual programmes and playlists that can be read on the blog whilst listening to our musical selections for each themed programme in the series, the last of which was called Not Going Out and Not Saying In, a covid conundrum. it should also be noted, though, that Steve´s Hot Biscuits is still broadcast weekly at fcum radio, and is repeated a couple of times in the same week, but can be found streaming on the internet.

The internet, of course, is more packed than ever with innovative you tube postings and informative and entertaining blogs on all sorts of subjects.

One of the most intriguing activities currently available on-line would seem to us to be an ´Introduction to Puppet Mastery with Bernd Ogrodnik´.

The response and excitement about the online classes have been overwhelming. People from all corners of the world have signed up!

Born in 1961 in Germany, Bernd founded his company, originally known as Alchemilla Puppetworks in 1985 while living in Iceland. Now called Worlds Of Puppets the company offers ´excellence and innovation in the field of puppetry.´ Bernd works as a performer, designer, builder, teacher and director.

In this free webinar, Bernd teaches the making of what he calls a ´kitchen table workshop´, with some simple and easily available tools and materials. This will serve as a vital starting point especially if you have no prior carving experience. But he also talks about what philosophy and mind-set might assist you in becoming the best puppeteer and builder you can be. So both novice and veteran puppeteers will surely enjoy what sounds like a not-to-be-missed event.

You can Register for the upcoming Introduction Course at:

You might be in lockdown or self isolating but you don´t have to be alone because there´s a warm on-line community, so why not sure the net and see what you can find.

However, I wouldn´t ask your search engine why any ukulele group would call itself The Pigeon Pluckers. You might not like the answer.