Blog
You are here: Home1 / Blog2 / entertainment3 / DES O´CONNOR – the bloke round the corner. 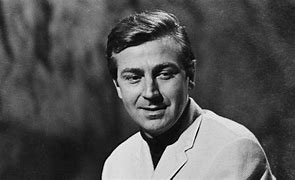 DES O´CONNOR – the bloke round the corner.

Des O’Connor has died at the age of 88 after a live entertainment and television career which spanned six decades and saw him host some of the country’s most popular programmes. The presenter, singer and comedian died on Saturday 14th November 2020, after a fall at home, according to his long-time agent Pat Lake-Smith.

“It is with great sorrow that I confirm that Des O’Connor passed away yesterday. He had been admitted to hospital just over a week ago, following a fall at his home in Buckinghamshire,´ she said in a statement.

´He was recovering well and had been in great spirits, visited by his family – in accordance with hospital lockdown regulations – and looking forward to going home. Unfortunately his condition suddenly deteriorated and he drifted peacefully away in his sleep.´

Mr. O’Connor (as he was always addressed on tv by his flat-capped, frenetic,  fellow comic Jack Douglas, right) is survived by his fourth wife, Jodie, and their son, Adam, along with his four daughters, Karin, TJ, Samantha and Kristina from previous marriages.

A multi-talented performer, O’Connor rose up, from being a Butlin´s entertainer, through Britain’s variety show tradition to tour widely around the UK while in his twenties. When he landed a big break by being given his own eponymous variety show on ITV in 1963, he became an instant household name.

After that he was rarely off British screens, hosting the long-running chat show Des O’Connor Tonight and presenting quiz programmes such as Take Your Pick and Name That Tune as well as having a brief stint in charge of Countdown.

He also had a successful parallel career as a singer. He was a crooner, putting out unfashionable albums that, nevertheless, consistently charted well. He once reflected on his status, telling how ´a little old lady´ came up to him at the stage door one day. According to O’Connor, she offered him £5 and asked him to send her his new record.

She replied: ´But the last time I went into the shop and asked for a Des O’Connor LP they said, ‘You’re kidding.’

He embraced his status as the butt of jokes, appearing regularly on The Morecambe and Wise Show throughout the nineteen seventies, even as Eric Morecambe regularly constantly insulted his comedic ability and singing voice.

In reality he was friends with the duo, who he had met while performing in Hull some twenty years earlier.

´Quite a lot of his insults Eric aimed at me, I wrote myself,´ Des told the Daily Mail in 2014. ´Things like, ‘Des O’Connor’s a self-made man. Well, it’s nice of him to take the blame.’

Born in London’s East End in 1932, O’Connor was born the son of a refuse collector and a cleaner. He had rickets as a child which forced him to use a wheelchair and he had to relearn to walk aged seven. He was evacuated to Northampton during the second world war, where he briefly played for Northampton Town football club’s reserve team.

Following national service in the RAF he decided to become an entertainer and spent years on the road perfecting his act. He worked as a Butlin’s Red Coat and as the comedian at London’s Windmill theatre – where he accepted most customers were there for the displays of nudity rather than to hear his jokes.

O’Connor loved being on stage with a live audience, though, and continued to tour until his final years, regularly selling out venues across the UK. Lake-Smith recalled him saying that ´the sound of laughter was like the sound of heavenly music´.

He had an unexpected late-career revival with the ITV daytime chat show Today With Des and Mel (Sykes, the Boddington´s girl) during the mid-2000s

On hearing of his death Mel paid tribute to her former co-host:

´Des had the softest hands of anyone I ever met and the kindest of hearts. He had talent in every fibre of his being and was stubborn as a mule. He was the full ticket as a friend and colleague´.

“When he chose me to be his co-host on the Today show it was one of the greatest days of my professional life. It was an education and a privilege to work with him for the years that followed. We worked long hours but always laughed lots, not least because when it was show-time he would always tell me I looked like [a] robber’s dog!´

Even at the end of his career he did not take himself too seriously. In 2017 he appeared on Harry Hill’s Alien Fun Capsule, where he subjected himself to a game trying to recognise the difference between a chipolata and a regular sausage, in tribute to an anecdote O’Connor told in his autobiography.

´Can you get my agent on the phone?´ O’Connor asked to laughter from the audience, while trying to tell the difference between two meat products with a box strapped to his head.

At a time in my own life when I was into The Byrds and The Monkees I would be embarrassed to find myself humming a familiar tune on the way to school. Usually, it would be a gritty Byrds track or at the very least a piece of pure pop by The Monkees,… but just occasionally it would be the lines of dicka dum dum, which was O´Connor´s big hit of those times, or his 1,2,3 O´Leary, although his best-selling number one was Careless Hands.

Des was, of course, a very peripheral figure of my young teen years, but he was always relevant, and whilst his lines about ´Bobbies on bicycles, two by two´ are sepia-toned and show us a kinder world, they still take me back to when I used to live in Northampton as a little boy. All I can remember about the place now is that we lived on Penryn Road, quite near to a big library and a park that had the tallest, fastest, most dangerous slide in the country, and in a time before there were cushioned-floor landings. But, you know what, that Des O´Connor fellow lived just round the corner. Nice bloke.

This company gave the best live dance performance I have ever seen a few years ago the Alhambra Theatre in Bradford, and it was of this show. Really, its not to be missed.