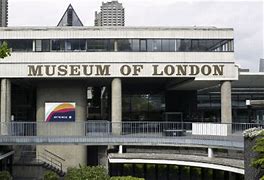 AT THE ART OF BLACK LIVES MATTER

David Starkey (left) recently stepped into the Black Lives Matter conversation and upset everybody in what should be an absolutely incontrovertible issue but that is becoming more mis-appropriated and complicated by the day.  He, seemingly deliberately, caused outrage by saying: ´Slavery was not genocide´, and then tried to support that with a follow up comment that was at the very least an uncaring generalisation and at worst a casual, but intended, racism.

Fitzwilliam College said it would not tolerate racism, adding that honorary fellows were expected to uphold its values.

Historian David Starkey has now resigned from, or has been divested of many of his roles.

This comes at a time when people are questioning whether the Black Lives Matter campaign, that puts the phrase in the forefront of our minds and focuses our thinking, is perhaps being subverted by a wider, more dangerous movement.

It is instructive to learn that the Arts have always believed that Black Lives Matter, and a number of on line articles have recently reflected that fact.

Will Gompertz, BBC Arts Editor, wrote on line recently that ´When museums in the UK start to re-open next month it will be to a new world: not just one of social distancing and mask-wearing, but one possibly entering a different cultural epoch.´

There has been a global demand for new perspectives on justice and equality since what we must still refer to, until justice has taken its course, as the ´death´ of African-American George Floyd.

With several museums expressing ´solidarity´ with the Black Lives Matter movement, the actions of any institutions with links to Britain’s imperial past are likely to come under close scrutiny.

The Pitt Rivers museum in Oxford is a sprawling anthropological collection containing around 600,000 objects from just about every country on the planet. It was shortlisted for the prestigious Museum Of The Year award 12 months ago, an accolade bestowed, in part, for the revisionist work of a senior curator at the museum,

Professor Dan Hicks, has been conducting on the Pitt Rivers collection for the past four years. He and his team have, for a while now, been re-evaluating, re-contextualising and re-presenting many objects from the perspective of the culture from which they first emerged, as opposed to that of the white, British, Victorian man whose ethnographic collection founded the museum.

Hicks is a leading voice among museum professionals calling for the return and restitution of contested cultural objects that are currently held in the UK’s national and local municipal collections.

The most problematic artefacts, he says, are those ´stolen, looted or removed´ by the British from their place of origin where the local people had been subjugated

“In this country you’re never more than 150 miles away from a looted African object´.,  Hicks says.

Although The UK’s museums have received restitution requests from Australia, Asia and South America it is those from Africa that are coming under the greatest scrutiny, according to Hicks.

´We need to think very hard about objects from Africa´, he says. ´where it is clear they were taken as trophies of war. However well you rewrite labels and re-tell history, you’re not going to be able to tell a story other than one about military victory. In those cases, we need to work towards a restitution process.´

There are uncomfortable truths we need to confront about colonial Britain and an empire built on slavery and the suppression of indigenous peoples across the globe.´´

There are many people  within the catchment area of the Pitt Rivers museum, who have told Hicks they will not set foot inside the museum because it is ´too violent – a reference to objects on display that were taken as spoils of war.

´This reflects a very specific period of time when UK anthropology museums were used for purposes of institutional racism, race science, and the display of white supremacy,´ Hicks argues. ´Given that, it is difficult not to acknowledge the urgency to removing such objects from our galleries and museums´.

Of these, the so-called Benin Bronzes, or Benin treasures, are the most high-profile example of looted artefacts, taken by British soldiers following a punitive and murderous raid on the ancient Kingdom of Benin (in modern-day Nigeria) in 1897.

There is no question in Hicks’ mind that the Benin Bronzes should be returned.

British-Nigerian artist Yinka Shonibare, shares that view and thinks those held by the British Museum should be 3D-printed and displayed in London, while the originals are returned to Nigeria. He makes the fair point that to steal people’s heritage is to steal their psychology.

Not everyone, however, agrees that immediate return of the items is the right action to take. Director of the British Museum, Hartwig Fischer, certainly thinks other approaches can be taken. While he accepts that a request has been made by Nigeria for the return of the Bronzes, he doesn’t believe their ownership should be transferred back.

Perhaps a better way forward, he suggest, might be through a close collaboration between the British Museum and its counterparts in Nigeria, to whom he would loan the Benin Bronzes for long periods of time. This is a conversation that is currently in progress and would include, he says, a broader exchange of ideas and knowledge.

The playwright Bonnie Greer was the deputy chair of the British Museum for four years and is familiar with the controversy surrounding the Benin Bronzes.

´I’m comfortable with them there [in the British Museum],´ she told the BBC Arts Editor. ´What they do for me, as a descendant of enslaved people, is they give me comfort and a link. I look at them and I can see myself… What I find when I see African objects in a Western museum… I get solace.”

Greer does not think the Benin Bronzes should necessarily be at the British Museum in perpetuity, saying that the museums across the country should ´be like dancers on their toes, ready to tell the truth, ready to listen, to have a door open´.

Bonnie Greer, another speaker I have heard at Rochdale Literature & Ideas Festival events, suggests a greater diversity of opinion and interpretation is required throughout the country’s museums.

´Diversity isn’t just putting black or people of colour in institutions.´ she says. (´Instead, let´s) Listen to them, implement what they say… there are plenty of people who teach black history, who know a heck of a lot. Bring them in, let them hold courses and have clashing interpretations of an object.´

Sara Wajid is head of engagement at the Museum of London and a member of Museum Detox, a network of people of colour who work in museums. She says there is very little diversity in senior positions in the UK’s cultural institutions.

The British Museum surely bears out her argument as there are no black curators among a curatorial staff of around one hundred and fifty.

Fischer agrees, but suggests that museums in the UK are heading in the right direction. He considers Britain to be ´at the forefront of making museums inclusive´, (and have already made) ´a vast contribution to reaching out to… address various communities.´

The British Museum, as with several of the UK’s cultural institutions, is the product of the country’s colonial past, including its participation in the slave trade.

Sir Hans Sloane, was a man whose great wealth came mainly from a slave plantation in the West Indies. The vast sums of money the Jamaican enterprise generated had enabled Sloane to acquire so many valuable objects that when he died, the 71,000 plus items he had amassed formed the basis of not only the British Museum’s collection, but also that of the Natural History Museum in South Kensington.

´The historical fact we have to deal with is that slavery has been an integral part of the European economy for centuries´, Fischer says. ´That is something that needs acknowledging and it needs to be addressed. We need to widen the scope, we need to deepen the work and look at the history of our institutions as a whole´.

His work explores cultural identity, colonialism and post-colonialism within the contemporary context of globalisation. A hallmark of his art is the brightly coloured Dutch wax fabric he uses.

He recognises that because we live in ´a multicultural world, museums should reflect that history and that story. ´How did we get here? Where did the wealth come from? It’s absolutely important that museums do that work of representation´.

The artist thinks the death of George Floyd and subsequent protests are the beginning of a new movement that will see change in society, a point of view with which Fischer concurs.

´What we are witnessing is a huge shift in perception, and [the] addressing [of] a very great problem´, he thinks.  The problem is racism and that needs to be addressed´.

He thinks his museum needs to, and can do more, but reminds us that change doesn’t take place overnight.

Nevertheless there are some who believe that change is happening, even now.

Serious and unusually frank conversations have been taking place, Sara Wajid says., between BAME museum staff networks and managers and leaders, most of whom are white, about the stance with regards to Black Lives Matter, to anti-racism, and to the work of decolonising museum collections.

Some, who have been working and campaigning towards greater equality in the culture sector for the past 25 years, feel that the kind of honesty and deeply uncomfortable conversations held in the first month after the emergence of the Black Lives Matter slogans are astonishing.

Dan Hicks himself has also seen a change in attitude.

´There’s a generational shift going on around arts and culture and heritage,´ he reports. ¨It was acceptable, maybe a generation ago, to talk about loans and facing up to Empire, using these objects to tell the story better. However, there’s a new generation now who really don’t buy that – who see the museum as an end point, as an out-dated idea. In no part of arts and culture should we think that our museums are unable to evolve and to change´.