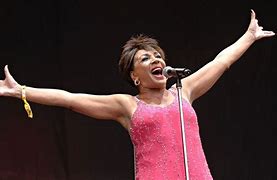 According to https://www.facebook.com/MetroUK/ Dame Shirley Bassey is releasing her first new album in more than five years, to celebrate her 70-year career in showbiz. The album is being described as a ‘grand finale’ and will be dedicated to her fans. Produced as part of  a deal with Decca Records, the album will include not only brand new material written especially for the 83-year-old, but also tracks chosen to reflect her life and career.

She has, after all, released an incredible total of seventy albums and has sold nearly 140 million records in her life.

The current recording is taking place in London, Prague, Monaco and the South of France, with the crew operating under relevant travel and recording restrictions. Some of Dame Shirley’s biggest hits include the theme songs to the James Bond films Goldfinger, Diamonds Are Forever, and Moonraker. Her last studio album, Hello Like Before, was released by RCA in 2014. Now, after a five-year hiatus, she’s ready to release her next one.

Dame Shirley says of the forthcoming record that her new album is ´a celebration of 70 years in showbiz and a thank you for those 70 years of support from my fans and 70 years of music! The songs I have chosen all feel very personal and connected to my life. I hope  my fans will feel the same way.´

Ms. Bassey first started singing as a teenager in her native Wales, performing in pubs and clubs while also working in a factory. She became the first Welsh singer to score a number one single, in January 1959, with As I Love You from the album The Bewitching Miss Bassey. Dame Shirley was the first recipient of the Brit Award for best British female solo artist, in 1977, and the first musician to be awarded the Freedom of the City of Cardiff.

Tom Lewis, co-managing director of Decca Records, said: “Dame Shirley Bassey is a living legend and she is still at the peak of her powers. It is a total privilege for us to welcome her to Decca.

´Incredibly, her career started just after the birth of Rock and Roll´ he noted, before adding,  ´Every note she sings tells its own story of the adventures she has had, the legends she has encountered or the lives she has enriched. We are very proud that her new album will be released on Decca Records later this year´.

Giving a final word about her career, Shirley Bassey reflected that she has ´trodden the boards of many stages and kicked up many a diamante heel!´

That sentence reminded that me that as a youth I had never quite thought of Shirley Bassey as a pop singer representing my generation. She was adored by my mum and dad and I was even aware she had a great voice, but the songs, even the bombastic Bon themes, weren´t to my developing taste for music I have now learned to call Americana. With her sheath like dresses, out-flung arms, contorted facial expressions and long-extended notes it was all a bit melopramatic for me.

There came a night, though, when the trodden boards and the diamante heel all came together for a few sublime minutes on television, and I realised Shirley had a personality and a great sense of humour that I had hitherto not seen.

To accept a guest appearance on The Morecambe and Wise show was to guarantee a large audience, for your new album or single, for Britain´s best loved comedy tv show. Anyone accepting a´gig´on the show, however, knew that the more famous they were the more ´schtick´ they would have to field from the comedy pair then at the height of their own fame.

On the 1971 Christmas Special, had many highlights. One sketch showed Eric and Ernie opening Christmas presents from the BBC but not of equal magnitude, and a slightly less piece had Eric and Ernie playing the parts of turkeys that have so far escaped the Christmas plate.

Eric, Ernie and Glenda ´pay homage´ to Fred Astaire and Ginger Rogers with a singing and dancing routine to songs such as Let’s Face The Music And Dance and Just the Way You Look Tonight. Ernie ´later introduces André Previn who is to conduct the orchestra whilst Eric performs Grieg’s Piano Concerto, and explains in a line he is so fondly remembered for, that he was ´playing all the right notes,… but not necessarily in the right order!´

Shirley Bassey is then introduced and she takes part in a brilliant sketch. As she was delivering a powerful version of Smoke Gets In Your Eyes she breaks a heel on the stage floor. Two stage hands, (played by Eric and Ernie), desperately trying to stay out of camera shot, belly crawl across the stage towards her and Ernie carefully lifts her foot out of the shoe and Eric quickly replaces the broken show with an old boot. For the rest of the duration of the song Shirley has to smother a fit of the giggles as she somehow keeps singing, even through further indignities.

Bad enough she is left to hobble across stage in an evening gown, a high heel shoe and an old boot, but she then has to shin down a set of scaffolding to get off stage because Eric and Ernie had broken the ´staircase´ trying to remove the trapped shoe.

What was hugely apparent in all this was how game for a laugh Shirley was, how much she was enjoying being at the sharp end of the joke and how admirably she carried on with the show despite obviously being at stitches at the team´s ad lib humour.

Check out https://www.youtube.com/watch?v=JWFLbbRQZyI to see what I mean

Later in the show she sang (properly) Diamonds Are Forever, and because she had won me over in the comedic turn earlier, I listened more carefully than I might otherwise have done, and found myself ticking a few boxes, powerful voice, tick, great phrasing, tick, great timing, tick and, er,…sexy as hell, tick.

I was forty seven in 2000, when Bassey was appointed a Dame Commander of the Order of the British Empire (DBE) for services to the performing arts. In 1977 she had received the Brit Award for Best British Female Solo Artist in the previous 25 years.

Bassey is considered one of the most popular, and most feted, female vocalists in Britain during the second half of the 20th century.

I seem to recall that the BBC radio broadcaster, who used to refer to his wife as ´the present Mrs. Wogan´, included Shirley in his collection of ´strange lyrics´, often submitted by his not-so-sharp-eared listeners.

Mondegreen is the real name for this sort of aural malapropism. Instead of saying the wrong word, you hear the wrong word. The word mondegreen is generally used for misheard song lyrics, although technically it can apply to any speech.

The term mondegreen was originally coined by author Sylvia Wright, and has come to be quite widely used. As a child, Wright heard the lyrics of The Bonny Earl of Murray (a Scottish ballad) as:

Ye highlands and ye lowlands
Oh where hae you been?
Thou hae slay the Earl of Murray
And Lady Mondegreen

It eventually transpired that Lady Mondegreen existed only in the mind of Sylvia Wright, for the actual lyrics said that they

´slay the Earl of Murray and laid him on the green.´

Other famous examples include,

“Gladly, the cross-eyed bear.”
“Gladly The Cross I’d Bear.”
Traditional Hymn
“There’s a bathroom on the right.”
“There’s a bad moon on the rise.”
Bad Moon Rising, Creedence Clearwater
“Excuse me while I kiss this guy.”
“Excuse me while I kiss the sky.”
Purple Haze, Jimi Hendrix
“Dead ants are my friends; they’re blowin’ in the wind.”
“The answer my friend is blowin’ in the wind.”
Blowin’ In The Wind, Bob Dylan

Terry used to use such mondegreens mercilessly when he occasionally played my kind of (country) music on his show, and many of my generation will remember that Kenny Rogers had apparently picked a fine time to fix that loose wheel, when in fact his cross-over hit´s title line was ¨(You Picked A Fine Time To Leave Me) , Lucille´!

The term can be applied to any kind of misheard speech, but is then usually called an oronym, and Mr. Wogan was adept with these too. Sometimes my memory just talks a load of rubbish, but today it is telling me that Wogan would mischievously refer to Shirley Bassey whenever he played her songs, (and I also seem to recall he played her songs a lot), as Burly Chassis. What made that so funny, of course, was that Shirley was, and still is, a slim wisp of a girl.

Still, many true words are spoken in jest. It was maybe Burly Chassis that caused the shoe to break on that Morecambe and Wise show.

So, although Shirley Bassey always has seemed to me to be a star of my parents´ generation, like Sinatra or Judy Garland, she has nevertheless been a fixture on the music scene pretty much throughout my life and only the very, very best earn that longevity of public admiration and affection.

Sidetracks & Detours will, therefore, post a review of the album as soon as it is available. Any selection of songs chosen to summarise such a deservedly long and successful career is bound to be interesting.

So watch this space.

We are the music makers: BILL MORRISSEY, a novel in three verses and a chor...