Blog
You are here: Home1 / Blog2 / Music3 / FESTIVALS AND FOLK LORE FOR ALL 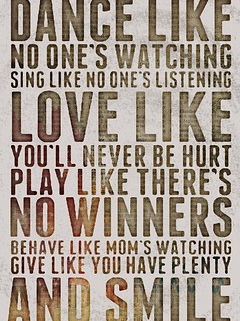 Depending on your demographic, you know, like how old you are, your gender and whereabouts in the world you live, each reader will have a different mental image when asked to think about the phrase ´music festival.´

Perhaps for the younger ones among you and perhaps, too, for the oldest among you, a music festival conjures up the mud and gumboots of Glastonbury and canvas tents or yurts depending on whether or not you prefer to camp or glamp. Children of the sixties will probably think of Woodstock and Hendrix and the highs of illegal substances and old folkies like me will think of Cambridge or Fairport Convention. Opera buffs might already be aware of a feasibility study under way that might see a UK Opera company taking workshops and performances of The Pirates Of Penzance to Lnazarote in 2020. Those of you who love a passion play might see images of Oberammergau, of which next year sees the forty second performance, as always by local citizens rather than professional performers, with a three hour break for dinner scheduled between two long performance halves.

Those readers between middle age and retirement (an age range that seems to lengthen year by year doesn´t it?) might be seeing fireworks by a lake in leafy Cheshire as The Halle Orchestra plays. Some of you will see the romance of it all whilst most of us will be already wincing at the price tag it might carry.

Some of you, when you think of a musical festival, might think of it from the perspective of a player. Certainly, it was almost always in some kind of performing capacity that I attended festivals in the UK. My band, Lendanear, played regularly at annual folk gatherings on the Fylde, in Manchester, at Poynton in Cheshire, Bury and Salford. My performance poetry group, Just Poets, performed at several annual National Poetry Day Festivals in towns like Bolton and Blackburn. I even ran my own Lexicon weekend festival in Rochdale before  serving for five years as host of the town´s Literature And Ideas Festival, delivered by the MBC and the Borough´s Library Service.

I even played once at Strawberry Fields at a Beatles convention, but we will draw a veil over the spectacular success that my performance wasn´t !

I was lucky enough to get to a couple of country music festivals at Wembley in the early nineties when working as a journalist and I interviewed artists like Willie Nelson, Emmylou Harris and Mary Chapin Carpenter.

There was a year I got into a bit of a spat when I was reporting from Nottingham on an ´international country music festival weekend.´ There were hundreds of British fans all over the place dressed in the blues or greys of the American civil war and carrying confederate flags. A remark I made in my review about this being proof that the care in the community scheme wasn´t working almost started a civil war of its own ! The cowboys ran me out of town.

The Festival scene I stumbled into after retiring here to Lanzarote four years ago is just as vibrant and diverse as that in the UK, though the audiences are usually built of fewer numbers. Perhaps because of the weather and the still pervasive ´manana´ attitude, the atmosphere tends to be more laid back than I remember it being in the UK. Any venue here is always less than a forty five minute drive from wherever you live on the island so travelling time and cost is less stressful and because of an enlightened approach from The Cabildo almost all the Festivals are free to the public, and delivered to a first come first seated audience, with a wonderful lightness of touch from any security services, and with absolutely no public impoliteness.

The Cabildo, by the way, is the island government which is akin in status and power to the way I perceived Rochdale MBC to be when I lived there.  It has some autonomy but is a patchy, if quite effective, coalition of various parties and is part of a Canary Islands government (as is Rochdale to Agma, the Association of Greater Manchester Authorities) that in turn is monitored by Spain.

These days I still visit festivals in my capacity as a writer, as such events provide me with the news, interviews, previews and reviews that I then deliver to the Lanzarote Information web site and to these pages of Sidetracks And Detours.

Festivals here are dotted all across the arts, from music to Manrique, a late artist and visionary to whom the island remains enthralled. The music and dance and arts and crafts and ´artisan´ events tend to be held outdoors, on temporary stages on beaches and in the villages of the island. An incredible number of art galleries per capita, each house several visual arts exhibitions per year, as well as talks by artists and conferences and debates about the arts.

We have some excellent young curators and there are even one or two of the excellent freelancers among them who are often hired by The Cabildo, or a particular gallery, or even sometimes by the exhibiting artists themselves, to conduct occasional ´guided tours´  of exhibitions both large and small. We have attended several of these ´walks and talks,´ a number of which have been delivered by Estafania Comejo, a well-informed young lady who offers objective views on an arts scene she so obviously loves, and who can also be entertainingly subjective in her opinions.

Words and music are my own first love, of course, so we have been really lucky to have enjoyed so many music festivals here over the years, as well poetry readings and even book launches under the umbrella of a Literary Festival,

Only last week we travelled thirty odd miles North from our home on the tip of the South East peninsular to spend a few days at The San Gines folk lore festival in the capital city. We booked into a hotel for four nights because the concerts, like most on the island, were scheduled for nine pm starts, with a second concert beginning at 11.30 pm and continuing into the small hours.

In the course of those evenings we saw eight wonderful music groups, involving some 200 musicians all accompanied by a fantastic ´dance ensemble´ performing to a total of more than four thousand people. The temporary stage, with top quality and well managed light and sound stood before a back drop of a hundred tiny fishing boats moored in the harbour beneath a setting sun and surrounded by the twinkling lights of the fifty or so restaurants around the perimeter.

I should remind you again that all this was free admission to the public so long as space was available from which to witness this vibrant, colourful sight and sound extravaganza. Everyone is welcome and nobody is ever really turned away, because open land is so plentiful over here that everyone who arrives too late to find a chair can always find a rock, or a wall, that will serve as a seat.

Sometimes there are a few tourists who turn up at such events, but the truth is that those who are here for only a fortnight are so bound up by the all inclusive deals on offer that they sit in their hotels ´doing Lanzarote´ and don´t take the opportunity to mix with local, island people at these incredible events.

That might be understandable and there are other mitigating factors too, for families on holiday with young children or whatever but I am frequently disappointed by how few new residents (that is to say people like us, who have come to live here in recent years) turn up at these events. We have always felt perfectly safe and welcome and to be honest those indigenous to Lanzarote or The Canary Islands seem to love celebrating their culture and sharing thioer enjoyment of it with anyone is interested. Perhaps, though, with many such new residents being of a senior generation, festivals don´t hold the attraction for them that they once did, or perhaps they might feel that they would in some way be ´intruding.´

However, that is precisely why we keep posting the signposts down these Sidetracks And Detours giving directions all across the arts.

Cultural awareness gained from the arts can increase social understanding and tolerance, so we post these notes on our blog to encourage new residents to check out the arts scene for themselves, not only because that will increase social harmony and cohesion and blahdy blahdy blah blah, but because we feel sure that once they experience the amazing talent and generosity of spirit  that we have experienced, they will festival forever on and like us they will learn to ´sing like you don´t need the money, and love like you´ve never been hurt, and just dance like there´s nobody watching, and let it come from the heart if you want it to work.

That phrase, by the way, was incorporated into a catchy country song recorded by the late Guy Clark, from Austin, Texas, and written by his wife Susanna. Look out for a feature on Guy´s work in some forthcoming posts about songwriters.

TINY TOMMY TROTTER AND THE MOUNTAIN OF DEBT