Blog
You are here: Home1 / Blog2 / AATA3 / TINY TOMMY TROTTER AND THE MOUNTAIN OF DEBT 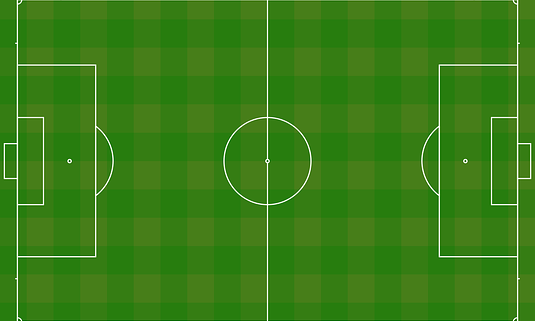 His name is Tiny Tommy Trotter and he is my new Bolton Wanderers FC mascot sitting here on my all across the arts desk as I write this issue of Sidetracks and Detours. He is the first guy I speak to each morning and we usually end up bemoaning the club´s current plight. Living over here, so far away from the ground I used to work at on match days at every home game for more than twenty five years, I find the club´s current plight distressing and yet somehow inevitable. Bankrupt and surviving only by virtue of a recent two million pound gratuity from the Professional Footballers´ Association, Bolton Wanderers are bottom of League One. In footballing and financial terms they are at the bottom of the deepest abyss the club has ever fallen into since being one of the founders of professional football in England.

Even the traditions of the club are being forgotten as people can no longer remember a time when the club hasn´t been in financial crisis. From a position where our team is bottom of the league by twelve points after the first game (following a deduction of twelve points for financial indiscretions) it is hard to look back to over a century ago when we were playing in the cup final that became known as The White Horse Final because so many fans had crowded into Wembley that police on horse-back were called in for crowd control. Famous newspaper images emerged of a single policeman on a proud, white horse surrounded by thousands of peaceful fans.

The late Nat Lofthouse, England´s Lion Of Vienna, who served the club so devotedly that they put up a statue of him when they moved into their new show-home ground less than twenty years ago, still holds one of the highest goals-to-games ratio of anyone who has ever played for England. He, and Sam Allardyce a former player who, having played almost 600 games, eventually became the manager  who took us into Europe and brought us world class players like Campo and J J  Okocha, are almost forgotten now under the burden of our debt.

Wanderers used to play at the famous Burnden Park ground in the heart of Bolton, before their recent move ten miles into a new-build in Horwich.

That old ground had a history and tradition and vibrancy that L S Lowry lovingly captured in his painting, Going To The Match, that nowadays is one of the most expensive pieces of art in the world, worth millions and millions of pounds. Isn´t It Ironic, as Alanis Morisette might have asked.

There is still just a glimmer of something to admire, with our young and upright manager, Phil Parkinson, standing by the club and the few young players who remain, many unpaid for several months, after the senior players had all scarpered, (understandably) to more secure places to earn their living. We can, though, salute the loyalty of those brave few supporters who still attend the home games, and more especially those even braver fewer who still travel to away games at places to which Wanderers as a club can barely afford to travel .

The statue of Nat was commissioned by the club from Ipswich Town fan Sean Hedges-Quinn, 45, after he sent Bolton his CV which included statues of former Ipswich managers Sir Alf Ramsey and Sir Bobby Robson.

Mr Hedges-Quinn, who has a studio at Great Bricett near Stowmarket, said: ´It went to a public vote in Bolton from a series of iconic images of Nat and the one chosen was of him walking out with a ball at Burnden Park, of which I then delivered my interpretation.´

´When I did Sir Alf, it was my first statue and I was wet behind the ears and with Sir Bobby he was still alive, so I had the man himself to please, but [with Nat Lofthouse] I’ve got thousands of Bolton fans who remember him so there was still pressure to make it right and I’m very happy with it.”

The Lofthouse statue stands at 9ft (2.7m) tall, made of bronze and stands outside Bolton’s Stadium.

It somehow conveys the mark of the man it portrays through his proud, head-held-high walk and apparent hunger to get on with the game.

Phil Mason, Bolton’s club chaplain, who commissioned the statue, said: “Sean has been involved in some incredible pieces of work and we were very impressed with all he had previously done. He showed a real passion for the job and researched and lived and breathed all that is ‘Nat’ for 18 months.´

The sculptor, has also created other football associated statues of the likes of Bob Stokoe, a former Bury and Sunderland manager, and of one-time Southampton boss Ted Bates .

His sculpting of a fictitious great, Captain Mainwaring from Dad’s Army, is on permanent display in Thetford, Norfolk.

My new mascot, Tiny Tommy Trotter is so called because he is only about four inches high, even in his clogs and with his bobble hat on. His surname of Trotter, of course, comes from the Wanderers´ nickname of The Trotters, when pigs´ feet, (trotters), were once a delicacy on Bolton markets. He has a bright, ruddy, optimistic face, and has a long blue / black and white scarf wrapped around his neck, and the Bolton Wanderers crest proudly embroidered on his shirt. He´s a little knit-ware item, but there´s a bit more to the story than that, and it somehow is a story that represents the faint hope that, with hard work and an eye on the market, Bolton Wanderers might yet rise again. I don´t think, though, they will be able to do that quickly enough for me to see that in what is left of my lifetime.

So, this is a story of a once proud club now financially and morally bankrupt and one old man who might just make a difference.

The friends who sent me Tiny Tommy Trotter wrote in their accompanying letter that every Friday and Saturday an old man they guess is in his seventies sits in the area known as The Rock in Bury, the neighbouring town that was once the home of inhospitable neighbours for a Wanderers fan.

It might be now, though, that Bolton and Bury fans are so similarly sharing the same plight of seeing their home town club disappear, that they are too weary to taunt and fight. They are in it together, really; gallows humour and all.

The old guy sounds like he might be a man of my own heart as, like me, he carries a folding chair that he can set up anywhere, (on these occasions outside a McDonalds´ apparently) and he puts up a little board displaying football mascots on one side and, on the other side, the far flung global outposts they have since reached, whilst he sits there knitting for a few hours. I´m told by Pete and Lynne, the friends who suggested I adopt Tiny Tommy Trotter when they sent him to me, that he learned this craft at school in an era when the boys had to undertake what was considered a girl´s activity and the girls had to study topics that had been previously seen as boy´s stuff.

So, nowadays he knits lots of little mascots like Tiny Tommy Trotter, and like a busker, he sells them to passers-by for a couple of quid apiece (ironically getting two pounds more in a transfer fee than Bolton were actually able to acquire for all those players who have recently left the club.) He takes the money he makes direct to the local hospice so he cuts out the middle man (or players´ agents as they are sometimes known). He has donated more than five thousand pounds so far, which must have been quite a bit of knitting. His customers tell him the mascots have been sent all over the world, and now he can add Lanzarote to the list and soon he will be able to add South Korea when I ask Pete and Lynne to send me another I can send over to our son and his family.

My wife Dee has made the odd shilling or two out of knitting woollen baby blankets and supplying baby-wear shops here on the island but we are ´toying´ with the idea of her coming with me each week to watch either UD Lanzarote or US Yaiza, the two teams I follow on season tickets. I could leave her outside the ground on my fold up chair, knitting and nattering away to incoming fans, selling them a little Bolton mascot as they enter the stadium. The money would go to rescue Bolton Wanderers!!

There is, though. an odd twist to this tale. Pete and Lynne are good guys, but Pete has a slow, droll and occasionally wicked sense of humour. They sent me Tiny Tommy Trotter when they arrived back in the UK after spending a holiday here with us, but of course Pete  had to have the final word. The package that arrived was much too big for me to expect to find such a tiny mascot inside, and that was because the season ticket holder from the Etihad stadium had sent me Tiny Tommy enclosed in a brand new Manchester City supporters´ cap. He had wrapped it completely around Tiny Tommy as if a metaphor for Manchester City having swallowed Bolton Wanderers whole. In some ways they, the nouveau riche, have done that, as they have re-generated from new money and market forces. Bolton, a team that not too long ago was higher than City fans of those days could have ever dreamed of being, have not been capable of generating.

Tiny Tommy Trotter is only four inches high, but in my eyes he is as tall as the life size statue of Nat that stands outside the Reebok, as I still call it, though the ground has had its name changed several times in the past two decades, in exchange for ever diminishing sponsorship returns.

Tiny Tommy will grow up, just you wait and see. This mascot might become our new Nat, another Andy Walker or a second John McGinley (although there was only ever one John McGinley !) and my son or grand-daughter might cheer for Tiny Tommy Trotter as he leads us on to win the FA Cup or whatever new multi-national brand name that silverware might by then have.

So, our journey down these particular Sidetracks And Detours have taken us to new borders, beyond which lie the rich soils of professional sport and high finance and the occasional corruption, mindless mis-management and grotesque gambling schemes that await in the undergrowth.

all across the arts we build our statues to the Gods but the passage of time erodes even the most golden of images. That statue of Nat is of a man from another age; a man who would surely be desolated to see what has become of the game he loved and the club he so loyally served. The statues Sean Hedges-Quinn creates revive memories of golden days of summer but in the gloom of a deep mid-winter recession, they cast a dark, and lengthy shadow.