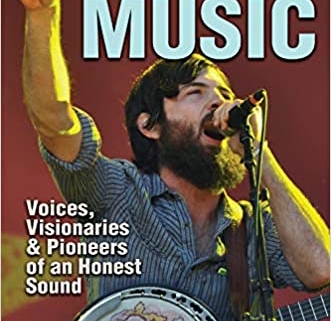 Americana is undeniably one of music’s fastest-growing scenes. Whether you’re a recent recruit or consider yourself an aficionado, there are always new learnings as Americana evolves; with what was once a niche pocket of artistry constantly citing new inspiration and adopting more mainstream artists keen to explore its roots.

Here, we give an overview of the Americana scene, its origins, the exponential growth it’s experiencing and discover how the Americana Music Association UK champions its artists.

What defines Americana might need a bit of explaining. although the explanation maybe still isn’t so clear-cut. Not so much a genre in itself, see Americana as more of an umbrella label encompassing an extensive array of musical styles.

The Americana Music Association (AMA) explains that Americana as ‘contemporary music that incorporates elements of various American roots music styles, including country, roots-rock, folk, bluegrass, R&B and blues, resulting in a distinctive roots-oriented sound that lives in a world apart from the pure forms of the genres upon which it may draw. While acoustic instruments are often present and vital, Americana also often uses a full electric band.’

In a recent interview with  OfficialCharts.com, Americana icon Lucinda Williams (left) concurred that the genre can often prove difficult to define. “I think it’s confusing for some people,” she said. “It’s easier to pinpoint if you’re in the industry,” she says. “For me, in the beginning when it first established, it appeared to be anything that wasn’t more commercially accepted.

“It was the stuff that fell through the cracks; the songs that didn’t get a lot of radio play. It was the anti-commercial genre.”

Americana music originated in the nineteenth and twentieth centuries. The first commercial recordings of blues music, for instance, were made in the 1920s and ‘30s; though the true origins of the blues genre can be traced back to the songs of African American workers

Again, country music became recognised as a commercial genre in the 1920s, while the late 1940s are often deemed the commercial beginnings of bluegrass.

A state steeped in music history, Alabama is a true mecca for Americana fans. FAME Studios and Muscle Shoals Sound Studios are both considered essential touchstones to the movement and growth of the Americana genre, and Alabama birthed genre greats like Hank Williams (often called Americana’s first superstar act) and W.C Handy, who is widely credited as the father of the Blues.

Not only is it the home state of some of the scene’s most influential names – including Nat King Cole, The Commodores and Lionel Richie, Candi Staton and Wilson Pickett – but it also boasts some iconic venues.

Throw some names at me – who’s big on the Americana scene right now?

Americana’s influence on the modern music scene cannot be overstated, and some of the biggest acts in the world right now have pulled from the genre to great success.

Chief among them is Taylor Swift (right) – one of the most accomplished songwriters of her generation – whose two UK Number 1 albums Folklore and Evermore carry a heavy Americana influence, obvious to fans given the records’ focused on intense lyricism and narrative.

Miss Americana  (also known as  Taylor Swift: Miss Americana ) is a documentary film , directed by Lana Wilson, that follows the life of American singer Taylor Swift through several years of her career. The film debuted on the opening night of  the 2020 Sundance Film Festival on January 23, 2020, and was released on  Netflix and in select theaters on January 31, 2020.

Netflix described the film as “a stark and emotionally revealing look at Swift during a transformative period in her life as she learns to embrace her role not just as a songwriter and performer, but as a woman harnessing the full power of her voice.” .  Upon its release, it became the highest-rated Netflix Original Biographical Documentary Film by an artist in the history of  IMDb

British acts aren’t left out, either; Hampshire born singer-songwriter gained a hit with his ninth album FTHC (Frank Turner Hardcore) and previously picked up the prize for Best Selling Americana Album with No Man’s Land at the Americana Music Association’s UK Americana Awards back in 2019.

Formed in 2012, the AMA UK aims to provide a refuge for Americana artists, championing their work and promising a secure space within the music industry.

CEO Stevie Smith offered a deeper insight into the Association, and why it’s so important to artists it assists.

“The AMA was started by two booking agents back in 2012, who wanted to make the genre more accessible for artists and make the genre easier to understand to audiences. The AMA in Nashville was the fastest-growing music association in the USA at the time, so we knew it could work here too.”

Americana’s such a thriving scene. Did the growth of AMA UK take you by surprise?

“The rate of growth was really fast – it was instantly clear people wanted what we were doing. Artists who had been falling through the cracks suddenly felt they had a home, and agents and promoters quickly realised the Association helped them create buzz around shows and tours. The start of Americanafest and the official chart in 2016 was the tipping point that meant things grew rapidly. We now have over 1000 members.”

What have been your personal highlights over your years as AMA UK CEO?

“Launching the Official Americana Chart was a huge highlight. I come from a retail background, and I used to own a record store, so I knew how much a chart would make the genre a talking point; helping to boost sales of CDs and vinyl. It also legitimised the genre for radio and reviewers.

“Another huge highlight was moving our awards to the Hackney Empire in the third year – that year Robert Pant was the recipient of the Lifetime Achievement Award and Mumford & Sons were the Trailblazer Award recipients  – they ended the show by playing Gallows Pole together, which was an incredible moment that was only decided during the soundcheck. Live music magic happened that night, and everyone in the room knew it!”

sponsored by the Center for Texas Music History,

With roots in Appalachia, the Mississippi Delta, New Orleans, the Piedmont, Memphis, and the prairies of Texas and the American West, the musical genre called Americana can prove difficult to define. Nevertheless, this burgeoning trend in American popular music continues to expand and develop, winning new audiences and engendering fresh, innovative artists at an exponential rate.

As Lee Zimmerman illustrates in Americana Music: Voices, Visionaries, and Pioneers of an Honest Sound, “Americana” covers a gamut of sounds and styles. In its strictest sense, it is a blanket term for bluegrass, country, mountain music, rockabilly, and the blues. By a broader definition, it can encompass roots rock, country rock, singer/songwriters, R&B, and their various combinations. Bob Dylan, Hank Williams, Carl Perkins, and Tom Petty can all lay valid claims as purveyors of Americana, but so can Elvis Costello (left), Solomon Burke, and Jason Isbell. Americana is new and old, classic and contemporary, trendy and traditional.

Mining the first/hand insights of those whose stories help shape the sound—people such as Ralph Stanley, John McEuen (Nitty Gritty Dirt Band), Chris Hillman (Byrds, Flying Burrito Brothers), Paul Cotton and Rusty Young (Poco) (right), Shawn Colvin, Kinky Friedman, David Bromberg, the Avett Brothers, Amanda Shires, Ruthie Foster, and many more— Americana Music provides a history of how Americana originated, how it reached a broader audience in the ’60s and ’70s with the merging of rock and country , and how it evolved its overwhelmingly populist appeal as it entered the new millennium.

ANITICPATING ART IN THE NEW YEAR