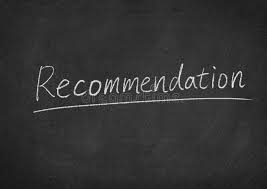 to readers of Sidetracks And Detours

Greater love hath no blogger than to forego a Sunday afternoon in front of the tv watching the opening match of the 2022 World Cup, and instead travel the length of the island to review an arts event for his readers. The decision was made slightly easier by the fact that the game was between two of the weaker teams in a tournament being delivered amid human rights controversy and protests. Had it been a game between England And Spain might have had making apologies to an artist we have become quite friendly with in recent weeks.

If any readers are not yet familiar with Claudie Huppe (left) and her work then you can check out our article entitled Communicating With Claudie posted on 9th November 2022. The interview is still available in our easy to negotiate archives of more thn 750 reports. It has also been published in my weekly column at Lanzarote Information, where it is also held in their archives.

The interview drew comments from readers from Costa Teguise to Colarado USA and as soon as we arrived at Claudie´s open-house, invitation only display of some of her works she introduced to a gentleman called Victor, who also had one or two pieces on display and who, it turned out, had also read the article. He and I and Claudie and my wife Dee were immediately engaged in what Paul Simon might have called a ´dangling conversation´ about the arts.

There was a steady stream of visitors coming into the exhibition still, even though we had arrived somewhat late in the day and were having to head for home sooner than we would have liked because a sudden noise under the car that had begun halfway through our journey suggested we might need mechanical assistance to prent it falling apart on the way home. Such assistance is not easy to find on a dark, early Sunday evening along the east coast road of Lanzarote.

So, we left the conversation having found no certain conclusion to some of the points we debated. Still, it all opened up the possibility of returning to the chat for subsequent publication and we look forward to meeting up with Claudie and Victor again in 2023 for another state-of-the-art conversation.

As Claudie and Victor greeted new arrivals we looked around the incredibly large and beautiful rooms on the ground floor of her home. Paintings and photographs adorned every wall.  There was a selection of exquisitely crafted fridge magnets,, (we bought one) and dragon egg tea-lights, (we bought one) as well as pieces of found driftwood. Victor apparently enjoys early morning beach-combing along the coast and often enhances some intriguing pieces by feeding into them flora and fauna that can grow from them. These make unique plant displays. (we bought one !)

As we left with the three new Lanzarote art pieces for our ´collection´ at home, which is already highlighted by a lovely work by Claudie displaying our favourite viewpoint San Gines, the sun was sinking slowly and gloriously and castin flame and shaow over the incredibly colourful plants and bushes that lined the side of what is actually a huge and beautiful property just above the harbour in Orzole.

We drove home with the car sounding as if Chubbawumba were holding a concert in the boot, accompanied by Buddy Rich. A peaceful journey it was not, but the evening aura that hung over the shoreline lent at least a calming distraction.

We arrived home in time to open an e mail from Art Space, representing The Lanzarote Art Gallery.

Art Space continues to introduce us to its associated artists. We are amazed at the diversity of the art created as we are by the differences and similarities between the artists who create it. From pencil to paint, aesthetic to abstract and from pastoral to personal the art works in the vaults of The Lanzarote Art Gallery all speak in the same tongue whatever the language of their creator. The world, divided as it often is by religion, might do well to remember that little allegory. For now, though, why not join the line to be introduced to new and exciting artists?

Discover  curated artworks. Curating doesn’t mean to choose “nice things”; curating is a way to help read a work of art, both aesthetically and in its poetics. The Lanzarote Art Gallery communication outlet,  Art Space, informs collectors and enables readers to select from  excellent art pieces by following their heart, mind and, maybe, some good pieces of advice to make good investments for the future.

Lanzarote Art Gallery is an international art gallery representing more than 35 established and emerging contemporary artists. Register now for priority access to leading artists, exhibitions and events. In their permanent collection  they have a large collection of work, painting, sculpture, and photography, national and international, Visit The Lanzarote Art Gallery at its location in Costa Teguise or at its on line virtual site

´My women are one woman… it is me, carrying all the others in the artistic representation of my interiority.´

So speaks Ale Feijo (right) in describing her art.

With a feverish and passionate brushstroke with her pencil, she skillfully takes her viewers into the feminine world using light and shadow, layered textures of rich and bold tints, or glazes combined with sketches, writings and passionate strokes.

Ale Feijó is a Fine Arts graduate and Graphic Designer from the University of Buenos Aires (UBA), Argentina.

In addition to her long career as a designer, she has extensive teaching experience, having been an adjunct professor of Typography Gonzalez in the career of Graphic Design among other professorships in which she has developed her educational work. She currently teaches Urban Intervention and Mural in the fourth year of the Fine Arts Teacher Training course at the Santa Ana Institute in parallel to teaching Human Figure Drawing.

﻿Mónica A. Álvarez isa conceptual narrative artist who explores the object, giving it first place on the canvas and always with a narrative or description that recreates her imagination and personal experience. His work is meditated and reflective, made freehand, he even gives importance to detail and the materials he uses in his art to produce a visual insensitivity in the object. Where perfection does not exist and beauty is error. Monica is influenced by pop art and the use of her knowledge in advertising, fashion, architecture and graphic design are the main inspiration for her art.

Ana Lorena Nuñez (left) is another artist introducing herself.

My work is a journey through contact with different experiences and experiences, conflicts, parallels and relationships that are part of every human being, especially women. The situations that leave a mark, and the mystery of them, how they are archived individually or as a set of memories that are enclosed inside, the way they are expressed and the way in which they are reflected when different situations arise during the day to day. It is like the awakening of the individual in his ssence, showing each of his different facets, from the most sublime feelings, to the darkest side or the sensitive side that is not revealed to the naked eye.

In my work I use the same model. With this I intend to keep track of the evolution of my character over time. How it is discovering and changing in each phase and having different challenges related to each of these stages. I construct figurative and conceptual images through photographs, drawings, objects and collages, isolated pieces, which when merged form a whole, showing the essence of what I want to express. For me it is extremely important to renew my work through constant experimentation, using different materials that include, canvas, metal, wood and plexiglass. I am a self-taught Guatemalan artist. Learning and my work are my passion.

Carme Massana (right) has a unique style bright colours and thick brush, in works of landscapes and flowers from different places, always painted with great feeling, Although born in Lleida (1934), Carma shows a great personality and  faithful friendship towards art.

Maite Canto Eqnuisoai (1973) (left) is an  Andorran artist. A graduate in Fine Art with the specialty of Design, from the University of the Basque Country (1998), Maite lives between Vitoria and Pamplona, establishing her studio in this last city.

In her career as a designer, much of her work for large companies such as Euskaltel or Gas Natural stands out. She has also undertaken designs for non-profit organisations like Anesvad, for public establishments such as the technological parks of Vizcaya and Alava, the Basque Government and the Euskalduna Palace. She has worked for the hotel chain Hesperia and the catering and restaurant industry (campaign against gender-related violence in hotels in the Basque country), as well as for different museums in Spain like the Thyssen Museum in Malaga or the Guggenheim in Bilbao.

Over on mainland Spain, The ADSUBIAN GALLERY, opened in July 2016,  showcases and sells the art of artists from Spain, France, U.K, Germany, United States… All these artists have a strong connection with Adsubia.

The Adsubian Gallery is committed to taking part in the traditional and contemporary culturalactions led by Adsubia-Forna.

Throughout November they are holding an exhibition under the wonderful title of  ¨Painting Is Like Music In My Hands´, a collection of work by Sabine Beisert.

Among the half dozen artists mentioned here, recommended by Sidetracks And Detours, or The Lanzarote Art Gallery Arts Space, or by The Adsubian Gallery there might well some of whom you are already aware. However, ´finding´ a new artist is always a lovely feeling, and to find two or three at once is a pure delight, and if by any chance you have learned of six new-to-you artists today, then as Satchmo said to himself,…. ´what a wonderful world !¨

DOING THE SPACEWALK as astronauts land on Lanzarote