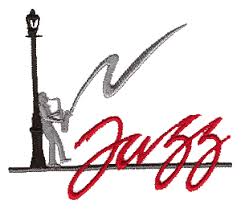 In promoting their new season of live music and events for Spring 2023 Stoller Hall, Manchester announces they will be removing booking fees on all events across the entire programme on Friday 25th November . Fee Free Friday.  Explore their event guide or read on to learn more about their new season highlights.

Meanwhile, if you´re looking for something to keep you and your friends and family entertained over the festive period why not Swing Into Christmas at The Stoller Hall in Manchester has festive family favourites, carols, indoor markets and live jazz.  Lots of The Stollen Hall´s festive events are selling fast, so we recommend booking early to avoid disappointment.

(DOWN FOR THE COUNT):

The programme for Swing Into Christmas (Down For the Count) includes:-

I´ve Got You Under My Skin, the song written by Cole Porter in 1936.  It was introduced that year in the Eleanor Powell musical film Born to Dance in which it was performed by Virginia Bruce.  It was nominated for the Academy Award for Best Original Song that year but lost out to The Way You Look Tonight.  Popular recordings in 1936 were by Ray Noble and His Orchestra (vocal by Al Bowlly) and by Hal Kemp and his Orchestra (vocal by Skinnay Ennis).

The song has subsequently been recorded by hundreds of artists.  It became a signature song for Frank Sinatra, and, in 1966, became a top 10 hit for the Sour Seasons.

Let´s Face the Music and Dance was written in 1936 by Irving Berlin for the film Follow the Fleet, where it was introduced by Fred Astaire and featured in a celebrated dance duet with Astaire and Ginger Rogers.  The jazz song has also been covered by various artists, years following its release, including Nat King Cole, Ella Fitzgerald, Frank Sinatra, Mel Torme, Todd Gordon and others.

The Nearness Of You is a popular song written in 1938 by Hoagy Carmichael with lyrics by New Washington.  The song debuted in the 1938 movie Romance in the Dark.

It is also heard in the 1940 recording In the Mood by Glenn Miller and his Orchestra, with vocals by Ray Eberle, and by many others.

The song is on the Grammy-Award winning album Come Away with Me by Norah Jones.

Only this year the song has been recorded by Karla Harris, an Atlanta based artist on her Moon To Gold album recorded with the Joe Altarman Trio, and we at Sidetracks And Detours have been raving about it ever since its release.  The album (left) has been playing six hours a day, plus my overtime, and I´m not tired of it yet.

I mentioned her to Music That´s Going Places and Rob Adams responded that he has really liked the footage he has seen of her at various festivals in the States, (so that sent me off looking for that footage!)

I mentioned her also to Jim Wade at Jazz In Reading who hadn´t heard of her but got hold of the album anyway.  He told me in an email that he loved the insertion into Nothing But Blue Skies of In Walked Bud.

Me too, but I realised in horror that actually I had overlooked mentioning that in my review of Moon To Gold in an article that is now filed in our easy to negotiate archives of over 750 essays.  Just type in her name in our search engine and the screen will bring up the piece.

Nothing But Blue Skies is a live track on the album and the insertion of In Walked Bud segues seamlessly into the song.

In Walked Bud is, of course, a 1947 jazz composition by Thelonious Monk.  It was composed by Monk in honour of his friend, fellow pianist Bud Powell, and based in part on the Irving Berlin standard “Blue Skies”.  Monk recorded many renditions of “In Walked Bud” throughout his career, and it has been covered numerous times by other artists.

Swing Into Christmas at The Stoller Hall will also include I´ve Got My Love To Keep Me Warm which is a popular song copyrighted in 1937 by its composer, Irving Berlin, and first recorded by Ray Noble (January 5, 1937), Howard Barrie, vocalist, and Red Norvo (January 8, 1937), Mildred Bailey, vocalist.  The song was sung by Dick Powell and Alice Faye and debuted on film February 12, 1937, in the musical, On the Avenue.

I´ll Be Home For Christmas is a Christmas song written by the lyricist Kim Gannon and composer Walter Kent that was recorded in 1943 by Bing Crosby, who scored a top ten hit with the song.  Originally written to honour soldiers overseas who longed to be home at Christmas time, “I´ll Be Home for Christmas” has since gone on to become a Christmas standard.

Have Yourself a Merry Little Christmas is a song written in 1943 by Hugh Martin and Ralph Blane and introduced by Judy Garland in the eponymous 1944 MGM musical.

There will be many more highlights in this concert by an ensemble that always draws praise from the press, such as

´A sonic ride back to the sounds of Capitol Studios in the 1950s´- DownBeat Magazine.

´A potential competitor to the John Wilson Orchestra´-

´A breath of fresh air on the swing scene´– Twinwood Festival

So, why not celebrate the festive season in style with the vocalists and instrumentalist of Down For The Count Concert Orchestra, as they Swing Into Christmas!

This is a Christmas celebration like no other, as Down For The Count recreate the music of Nat ´King´ Cole, Billie Holiday, Ella Fitzgerald, Frank Sinatra and many more in a luscious 25-piece orchestral setting evoking the sounds of the great Capitol Studios records.

Even as this show is being presented, though, The Stoller Hall is already regaling us in their current press release about what the new year holds.  There are already some big dates slotted in for many genres.

Among classical contributions next year will be Manchester Camerata´s Mozart Made in Manchester, to Stoller Hall´s continued collaboration with the Manchester Chamber Concerts Society, as well as classical crossover artists, the Ayoub Sisters.

International jazz also includes big names at The Stoller in 2023.

The father of Soul, Ray Charles changed the course of music history with his pioneering combination of gospel, jazz, and R&B.  Nicknamed ´the Genius´, he would become one of the most recognisable artists of the 20th century, his hoarse voice and passionate performances made him an icon, celebrated across the glove.  A prolific pianist, singer, and composer, Charles was also an important figure in the American civil rights movement of the 1950s nd 60s.  His refusal to perform at racially segregated venues would lead to a life-ban from his home state of Georgia, who would later apologise and made his version of Georgia on My Mind the official state anthem.

In 2023, NYJO is touring a programme in celebration of the history and immeasurable talent of Ray Charles, to whom all jazz musicians and fans alike owe so much, featuring the brilliant singer, Tommy Blaize.  A fantastic opportunity to see a 19-piece band of some of the most talented young jazz musician in the UK take the stage with one of the country´s finest vocalists.

As lead singer of the BBC Strictly Come Dancing ban, Tommy Blaize´s powerful yet sensitive performances have helped create some of the most memorable TV moments of recent times.

Singing live to an audience of more than 12 million every week, his soulful voice is etched in the public consciousness.  Tommy began his singing career at the tender age of nine with The Blaize Brothers, alongside siblings Tony and Darrin, playing in clubs across the North-West of England in the 1970s.  In a career spanning a remarkable 50 years, Tommy has gone on to work with some of the world´s most legendary and renowned artists, from Diana Ross to Queen, The Beach Boys, Amy Winehouse, Joe Cocker, and Stevie Wonder.

Music is powerful, emotive and for many a joyful universal language that connects people and cultures.

At Chetham´s Foundation, a charity of which Stoller Hall is a part, is driven by a passion for music education.  We want to ensure that we can do all that is in our power to provide access to music to enhance the lives of young people.  Now more than ever the benefits of music education are vital to post-Covid recovery of children and young people.

The charity knows that playing and listening to music does so much to enhance a child´s development and gives skills that will last a lifetime.  Research shows that incorporating music into education at an early stage can –

They therefore ask for your support this Christmas to launch a new wider programme of creative engagement and performances which will give more musical opportunities to very young children and their families in Greater Manchester.

Readers of Sidetracks And Detours can support the future of live music and create opportunities for everyone….

£500 will enable a whole class of school children from Greater Manchester to attend a concert or workshop at The Stoller Hall.

Family entertainment at The Stoller Hall will be delivered by younger audiences and their families to enjoy, and learn about music and instruments along the way with workshops and children´s shows.  It looks like an exciting 2023 lies ahead.

Meanwhile, you can Join GLOW Festival for an intimate evening of jazz on Sunday, 27th November at Henley-on-Thames´ iconic Leander Club.

The venue is proud to announce The Jazz Defenders as its headline act.  Tickets are just £10 per person but the venue includes a discount code for Jazz Reading subscribers!

Hailed as “the most exciting British jazz group out there right now”, the Jazz Defenders were born from an abiding love of the genre´s golden era.

The group is led by Geore Cooper, one of the UK´s most formidable jazz pianists, who has already collaborated with an impressive range of musicians, from Hans Zimmer to U2 to MF DOOM.

Deeply inspired by the great musicians of the past, their raw and vibrant compositions give us a glimpse of the shape of jazz to come!

There will be a food truck on-site, as well as a well-stocked bar.  Ample seating is available in the venue on a first come first served basis.

Doors open from 6 pm, music at 7 pm and the event will conclude at 10 pm.  The nearest parking is Greys Road Car Park or Waitrose Car Park in Henley.

JIR list jazz gigs in the wider area at no charge – simply send us your gig details.  Qe also offer an affordable service to further promote events – such as the one above

Jazz in Reading, using its extensive contacts in the jazz world, is in an excellent position to help you choose an appropriate band for your wedding, party or other special occasion.

Steve Bewick, who first alerted me to the aforementioned Karla Harris, and has played some of her earlier music (the fantastic interprestions of Brubeck) on his radio mix-cloud shows.

MUSIC OF THE ELEMENTS