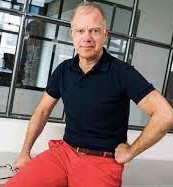 Norman Warwick is given

THE KEY TO BEING,…… Productive

I never dreamed that in my retirement I would still have a need for, and would still be seeking, the key to productivity. Nevertheless I welcome this long-awaited translation to English of The Key To Being Productive  and am cheered, and already re-invigorated, by the simplified synopsis on its cover; Find Your Vision, Set Your Goals and Reach Your Balance.

Neither did I ever expect that so much of what I thought I had learned on sales-courses and such like would still be so relevant. Burkhard Bensmann pours new wine from old bottles in his book, and though the writing is fresh and direct, the words of wisdom carry echoes of r time. That is because their message is timeless and has been appropriate, perhaps, throughout history.

It seems yet another example of the serendipity that seems to have so frequently touched my life that now, in my time of searching for advice forgotten and neglected, Burkhard should move in next door. My new neighbour here on Lanzarote (Dr.Phil.) Burkhard Bennsman (right), leadership consultant, pod-caster, honorary professor, and author assists change and succession processes within organisations. He also coaches board members, entrepreneurs and managing directors .When doing so, he focuses on participation and effectiveness. So far he has presented his findngs in four books and numerous podcasts.

Sidetracks And Detours first featured him on our pages on July 21st 2021 in an article entitled Self Leadership: A Path To Follow, and we have delivered new of him three or four times this year, now that he has reached his desired life-balance, as he and his wife Anja split their time between homes in their home in German and here on  Lanzarote, living next door to The Warwicks !

With his degrees in the humanities he has retained the ´different view´ that enables him to recognise and convey structures and relationships within organisations. It was in December 2010 that Dr. Bensmann was appointed honorary professor for communications and organisation development at The Osnabruck University Of Applied Sciences. He believes that, in addition to theoretical and methodology, appreciation and trust as the basis for successful support of individuals and organisations undertaking processes of change.

Burkard gives practical answers to questions about The Key To Being Productive (left). He employs current scientific findings and bases his work  on a tried and tested model of consulting and coaching, (The Seven Fields Of Self Leadership). This work shows how personal effectiveness can be systematically  increased.

So, what has all this got to do with a silly, seventy year old blogger like me, who many might think is simply self-indulgently following his hobby of writing about the arts?

Well, I have a vision of a world in which everyone is enthused about and discusses the arts and their benefits in life. A world in which Art is universally celebrated.

I have set a number of goals.

I would like to create readership of Sidetracks And Detours in as many countries of the globe as I can,

I would like to increase arts – industry awareness of the blog and invite writers and readers from those sectors to contribute articles and features, thus widening discussion and debate about the arts.

I think I have found a methodology to help achieve those goals and I cetrainly believe  that achieving those goals would enable me to reach my life-balance somewhere between the peaceful advocacy of the arts and the constant war of attrition to defend the arts.

Since my short-lived, long-forgotten and best-ignored sales ´career´ ended nore than forty years ago my Key To Being Productive has been most regularly re-discovered in the lyrics and aphorisms of the great songwriters of our time. Whether or not Burkhard would have approved (he would, I know) of my sighs of ´what a day for a daydream´ or confession to being a ´Daydream Believer´, I always found solace and re-direction in the music of John Stewart, Guy Clark and Townes Van Zandt and in the poetry of Robert Frost, Wordsworth and Walt Whitman.

Now, there is a neatly annotated collection of vision, goals and balance here in Self-Leadership: The Key To Being Productive, by my new friend and neighbour, Burkhard Bensmann

His wife Anja is a well-respected, and much sought after, Personal Trainer and she and Burkhard are now regular guests on our wicker two-seater at frequent editions on the occasional Patio Prattle, an off-air programme that takes place in our garden on random evenings.. Over wine, beer and crisps, we put the world to rights and envisage change in the system,never doubting that although our conversation might take innumerable sidetracks & detours we are somehow using the key to being productive..

Burkhard and Anja are keen cyclists and, like photographic artist Adriyan Hodge, who featured on these pages a week or so ago, seem pretty fearless in riding around and looking for The Secret Places of Lanzarote. In fact Burkhard and Anja are keen on photography not only as an art form but also as a means of capturing history, He is interested, as a new resident on this community on our island, to create a collection of photographs and memorabilia to show the ´before and after´ of the building of these communities shortly after the coming of the planes. By another one of those moments of serendipity I referred to earlier in this article, Sidetracks And Detours recently ran a story about how our Cabildo (government) has requested photographs etc that might show the changes the island has undergone over the previous century.

A major change in that period was definitely the building the of the airport, for tourists from around the world, and meeting their demand for new properties and communities of the thousands of those tourists who sought, and still seek, to re-locate here.

We spoke about all this with Burkhard and Anja during this week´s Patio Prattle and, I think, we all agreed that making contact with the Cabildo about the collection Burkhard is planning would be a good idea..

Requesting some kind of input and reciprocity might be not only a goodwill gesture, but also a way of completing the jig saw of the last hundred years, as together we might be able to offer photographs showing the wonderful welcome of tolerance and patience we ´newcomers´all seem to receive from the Lanzarote people. Those photographs, though, might also serve as a reminder of what we new residents also what we bring , to the island by way of goodwill, skill sets and spending power and how we all, indigenous and new residents, began, and continue, sharing and nurturing the paradise that is Lanzarote.

Readers can find further information on Burkard´s home page at