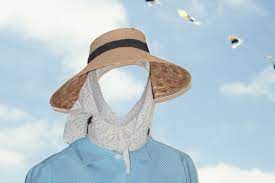 Norman Warwick visits an exhibition of

The Castillo de San José (Castle of San José, shown left)) is an historic fortress and art museum in Arrecife on the Canary Island of Lanzarote

Built between 1776 and 1779 the fort was constructed to provide a defensive stronghold in case of pirate attacks, and as a public works project to provide much needed employment during a time of famine and poverty on the island. It became commonly known as the Fortress of Hunger (Fortaleza del hambre). The famine was caused by a number of factors including periods of drought, and the earlier eruption of Timanfaya between 1730 and 1736, which devastated most of the productive agricultural areas on the island. Charles III of Spain, who was concerned for the plight of the islanders, ordered that the fortress be built.

Situated on a cliff above the Port of Naos, the D shaped fort has semi-circular walls facing the sea. On the landward side, the rear wall is protected by two small turrets, with a moat crossed by a lifting drawbridge leading to the main gateway. The fortress is constructed of masonry and ashlar blocks of volcanic origin. The interior which is made up of barrel vaulted rooms was mainly used as a powder store.

In the 1970s the fortress was renovated and the interior redesigned by the artist César Manrique, who was born nearby, to house a museum of modern art. The museum opened to the public in 1976 as the International Museum of Contemporary Art (Spanish: Museo Internacional de Arte Contemporaneo, abbreviated as MIAC).[1][4]

The exhibits are primarily from the period between 1950 and 1980, with a focus on various abstract art forms, such as modern sculpture, kinetic art, and geometric abstraction. The works are mainly by Spanish artists including Joan Miró, Antoni Tàpies, Eusebio Sempere and the El Paso group, one section is also dedicated to the Canarian artist Pancho Lasso. [1]

The courtyard is also used as a display space for outdoor sculptures and designs. Beneath the museum, the annexe of the fort was renovated and converted into a restaurant, the two connected by a spiral staircase. With curved floor to ceiling windows, the dining room has panoramic views overlooking the harbour and docks below.

Currently under the auspices of Museo Internacional de Arte Contemporanio (MIAC) the venue hosts permanent and temporary exhibtions of visual arts, and until 20th August is hosting Tours, Volcanoes And Lentils, an aesthetic reflection by artist Ruben Acosta on the ´complex balance from which our current Lanzarote landscape and lifestyle evolved.

The CEO of the Tourist Centers, Benjamín Perdomo, the director of the MIAC-Castillo de San José, María José Alcántara, and the photographer Rubén Acosta presented this morning the most relevant aspects of ´Tours, volcanoes and lentils´, the latest exhibition of the Lanzarote artist.

´Tours, volcanoes and lentils´,  , is a journey through time in which Acosta discovers the changes on an island that navigates a delicate balance between nature, tradition and the tourist phenomenon. It is a current look from the inside, a reflection on the present and the traces of the past; a new vision of contemporary landscape, the evolution of traditions and the revolution of identity.

The CEO of the Tourist Centers, Benjamín Perdomo, assured that he felt deeply “satisfied and proud to present a sample of the talent of a local artist who, in addition to being a magnificent collection of images of the island territory, is also an invitation to discover what we were to help us understand what we are”.

Perdomo pointed out the importance for the Entity of “projecting and promoting” the talent that is made on the island. “Our exhibition spaces and our stages” he pointed out, “are the best platforms to publicize how much and how good our creators do”.

The director of the MIAC-Castillo de San José, María José Alcántara, explained the content of an exhibition that  will remain housed in the MIAC-Castillo de San José until August 20 . “Tours, volcanoes and lentils is a look from the stage, but also from the  backstage  of an international tourist destination like Lanzarote, and provides a reflection on the present of the island, based on a review of the contemporary landscape, the evolution of the insular culture and the mutations of its identity”.

´Tours, volcanoes and lentils´ is the first individual exhibition of the artist at the MIAC with the Tourist Centers. “It is a pride, an award and a dream come true,” said Acosta.

Lancelot. Tours, volcanoes and lentils is a photographic project by a creator who lives on the island, who observes the changes in the territory while navigating a complex balance between nature, tradition and tourism.

This story takes the form of an exhibition and a photography book. It is not a tourist guide, although it could well be. It is not an experimental project, although it is inevitable to have contemporary resources. It is an invitation to delve into the moment and place of an extreme island.

The project is articulated on four axes represented in the Malpéis chapters, in which the natural landscape is treated; Magua, which encompasses tradition, culture, gastronomy, “the Canarian”; Taro, which focuses on construction, architecture, Manrique and the transformation of the landscape, and La Tiñosa, related to tourism, globalization and identity conflicts, among others.

The exhibition also contains a small tribute to Agustín Espinosa.

The book will be edited by Remote Editions and is in the production phase. The editor of the same is Ricardo Cases and it is expected to see the light throughout 2022.

photo 1 Rubén Acosta (Lanzarote, 1976) has a degree in Audiovisual Communication from the Complutense University of Madrid, with a Master’s degree in photography from the EFTI school, in which he received the Future Award for the most outstanding student of his promotion (2001). In addition, he has a Master in Cultural Engineering from the European University of Madrid, 2011. Ruben (right) is shown between local arts officers.

He has carried out photographic projects and exhibits regularly since 2002 in various rooms and national and international photographic events. He is a finalist in Discoveries by Photoespaña in 2002, winner of the Acciona Award in 2009, Second AENA Award in 2011 and First Septenio Award in 2011, among others. He participates in exhibitions in Photoespaña, in Madridfoto, in art galleries in Madrid, Barcelona, ​​Valencia, Bilbao, etc…, as well as in international events such as the Bamako Biennial of Photography or the Dakar Biennial. His photographs are part of art collections and museums such as the Coca Cola Foundation, the Enaire Foundation, the AENA Foundation, the 2 de Mayo Art Center, CAAM, TEA, MIAC, the Government of the Canary Islands, as well as private collections in Spain and the United States. .

The exhibition by Ruben has been described as ´a magnificent collection of images about the island territory created by a local artist and, at the same time, an invitation to discover what we were to help us understand what we are.

It is a strange experience to view art in such a non-traditional arts venue that is almost the precise opposite of the modernity of, let´s say, The Lanzarote Art Gallery (LAG) some ten miles away in Costa Teguise.  LAG is all wide, level floors, wide, wide windows that let in the sunlight, and tasteful subdued electric lighting for the evenings. Its exhibits are measured and precisely placed. It could never be said that Castille de San Jose matches such modern elegance.

In fact, even as I looked at, and reflected on. the fantastic work of Ruben´s, with its paintings of volcanoes, collections of rock and stone and wonderful landscape photographs I never forgot that I was in in what was once called, very accurately so, a fortress. It is dark, small, all curved stone steps that take you to hidden rooms each of which contains another part of the permanent exhibitions. In fact MIAC have curated a very interesting liminality, a place between the entrance into the building and the entrance to Ruben´s exhibition downstairs.

photo cinmita The space between , and surrounding areas, contains work by artists such as Cintia machine who has created wonderful sculptures that adorn our island,  Dario machine, Marina Speer, Lana Corujo and Mariela Garcia.

There is, then, much to look at that will reward further study and you will feel the frisson of history on your shoulders as you do so. The front of house staff and security guards were all smiley and helpful on the day we attended and the although the venue was in some ways damp and foreboding they lifted the atmosphere and made us feel very welcome.. With admission of 1 euro for Lanzarote residents and only 4 euros for non-residents the collection of work here, some of grand and dominant and even the smaller pieces have been collated sensibly to better be seen in exhibition.

It is going up on the roof, and taking in a 360 degree panoramic view of sea and land and marvelling at the incongruous but harmonious mix of antiquity and modernity of a castle that sits atop a modern, bustling port.

HARMONY ON A HICKORY WIND