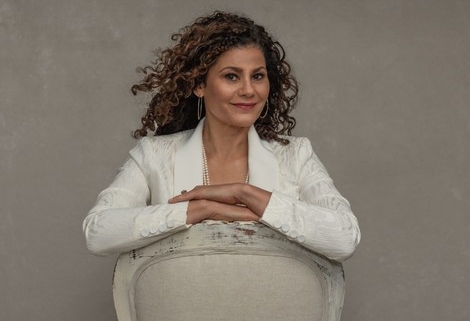 Those of us who love the arts love them most when we learn of a new artist, even before we know her work. I love it especially when I hear a songwriter or musicians mentioned in a song, and then, when looking up the name find that they have a massive back catalogue I have somehow been previously unaware. of. Word of mouth is always such a strong recommendation. Only this week we have featured photographer and artist Aliyana Hodge on the recommendation of AJ the DJ at Monster Radio 99.9 fm. We reported on her previous work, a collection of poetry and photography in a book called Poesia Corporal and visited the inaugural night of an exhibition running in Lanzarote until late November 2022. This is an exhibition of nude photography called Secret Places of Lanzarote and we look forward to bringing you an exclusive interview with Adriyana later this month. And only yesterday another radio broadcaster, this time from the UK, pointed us in the direction of a jazz artist we hadn´t previously known. Her web site tells why our old friend Steve Bewick, presenter of the weekly Hot Biscuits jazz mix-cloud broadcasts, dropped me an e mail suggesting we should learn more about an artist, based in Atlanta, called Karla Harris. So, come follow your art down sidetracks & detours to areas of the jazz scene where a lady is building a huge reputation.

Whilst what we say on our front page about how exciting it is to learn of a new name on the arts scene, that excitement is usually curtailed by a disappointment that we have somehow overlooked an already well-established career. That certainly seems to be the case with Karla Harris, the jazz singer recommended to us by Steve Bewick, presenter of the Hot Biscuits jazz mix-cloud  broadcast.

Karla (left) is a jazz vocalist who has already enjoyed a career spanning three decades of singing the music she clearly loves. Her on line biography tells us she has played from Portland to Provence and has performed in such well known events as The Sarasota Jazz Festival and the Portland Jazz Festival as well as Jazz Festivals at Siletz Bay and Atlanta. She has been successful at The Nantucket Arts Festival  and at Jazz Parties at Atlanta and The Oregon Coast.

It is impressive, too, that she has given a TED talk and sung at the John F Kennedy Centre for Performing Arts as part of the Arts Across America performance series. In fact, earlier this year, Karla was awarded a distinguished Jazz Road grant through the South Arts Foundation.

Her fans love not only her expansive vocals but also her ability to tap into the emotion of a tune, enabling her to deliver a tune fully: musically and emotionally. She is able, therefore, to deliver dynamic diversity and a sophistication to her music, whilst always remaining respectful of a song´s roots.

AXS.com have said of her  the ´she lends her pulse to be a part of the heartbeat of the entire process, vocals and instrumentals, and the strange meandering force that lies between.´

Karla love words before she could sing but then learned the power of their expression. Growing up in the suburbs that lie west of St. Louis she would spend Saturday mornings writing short stories and then, m in the afternoons she´d listen to her favourite music from her mom and dad´s eclectic record collection, and would singalong with them. She most loved those songs that told stories, and transcribed lyrics sung by Nancy Wilson (right) , Billie Holiday, Streisand and Sammy Davis Junior and Aretha Franklin as well as of acts like Fifth Dimension and many more. At occasional family gatherings Karla and her young cousin would put on ´shows´ for their family but her first what she calls ´real audience´ came at the age of ten, as she sang a durng a grade school  choral concert.

Of her live shows, WSIE Radio says Karla is “a powerful singer at ease in any setting, a singer for all seasons who makes any sone memorable.” Clubscene writes, “Vocalist Karla Harris tends to take the stage by storm and doesn´t let go till it´s all over…. She engages us and makes us happy to be spending the evening with her.”

Karla released her first CD, Twice As Nice, a collaboration with Tom Kennedy, in 2007.  Featuring Kennedy´s arrangements, the recording is a collection of standards, including two songs each from favourite songwriters Jimmy McHugh, Cy Coleman, Harold Arlen, Johnny Mandel, Richard Rodgers and Burt Bacharach.  Of the project, Jazz Scene Magazine wrote, “Always respectful of her American Songbook choices, Harris has superb intonation and a contempory, appealing approach to the songs.”

In 2012, Karla relocated to Atlanta, where she works with many of the city´s top artists.  She has performed at a TED Talk, opened for Grammy-nominated jazz singer Kate McGarry, and performed at the city´s premier jazz venues and festivals.  Through her work in Atlanta, Karla met Los Angeles-based pianist, composer, arranged Ted Howe, producer of her 2015 recording, Karla Harris Sings the Dave and Iola Brubeck Songbook.  The CD spotlights vocal versions of 11 Dave Brubeck compositions with lyrics written by his wife of 70 years, Iola Brubeck.  It features Karla with Ted Howe, bassist Tom Kennedy, drummer Dave Weckl and saxophonist Bob Sheppard.  The project, released on Summit Records, received multiple reviews praising it s conceptual approach and execution:

“A work of sheer elegance and distinction.” – Jazz de Gama

“The Brubecks would have been pleased.” – Jazziz Magazine

A new album released in eary 2019, Certain Elements, introduces Karla as songwriter.  The project, which reached #44 on the prestigious Jazz Week chart, is a suite of original tunes alongside covers of songs written by Michel Legrand, Marily and Alan Berman, Bill Withers, Jimm Hall, Terry Kirkman and others, arranged especially for Karla by some of her closes colleagues.

Certain Elements brings together Karla´s past decade musically and features a sparkling roster of musicians from both coasts and the Midwest.  The project, like the artist herself, is a blend of  backgrounds, and joins contemporary jazz, Latin, swing, and blues influences.  The album´s first single, a remake of the ´60s hit “Cherish”, is heard on contemporary jazz stations across the glove.  Legendary smooth jazz artist Dave Koz featured the song on his SiriusXM radio show, The Dave Koz Lounge.  O´s Place Jazz writes of the album: “Karla Harris is a jazz vocalist with exceptional talent that surfaces like a beautiful ballet dancer on Certain Elements.”

In 2020, two of Karl´s original compositions featured on Certain Elements, “Interlude” and “When Michael,” achieved semi-finalist status in the International Songwriting Competition.

Karla is a proud graduate of the University of Missouri´St Louis, where she earned a degree in Speech Communications with certification to teach speech and drama.  She was instrumental in the development of The Land of Music, a multi-disciplinary music curriculum for young learners.  In addition to performing, writing and recording, she is an artist-in-residence with the Jazz Studies department at Kennesaw State University, teaching Applied Vocal Jazz to aspiring singers passionate about this uniquely American art form.

Karla is based in Atlanta, where she lives with her family and one sassy poodle.

A visit to her web site will tell you of Karla´s itinerary in September and October through to early 2023.

photo You will also find a review of her album, Certain Elelements and we hear that may be one, or even two, new releases later this year.

So, if you are one of the many jazz lovers among our estimated 150,000 readers why not visit Karla´s web site at

And we hope that this article, extrapolated from that site, serves as a preview to an artist about who we will deliver news, interviews and reviews in the future.