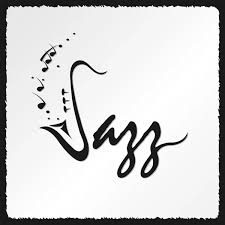 by Norman Warwick (including review by Alan Lawless

It looks like Steve Bewick, might soon have another jazz club venue in his extensive Rochdale hinterland. Steve gives out gig information on his Hot Biscuits jazz radio mix-cloud broadcasts, so I hope Alan Lawless, who has so helped Rochdale Jazz Club relocate to Chadderton Reform Club, will add Steve´s name, if he hasn´t already, to mine here at Sidetrack s and Detours and Steve Cooke´s at all across the arts at The Rochdale Observer and Rochdale Style to ensure he attracts as large an audience as possible for what already sounds like a hot bed of jazz.

I´m delighted to welcome back Alan back to these pages as our Lawless Jazz. He writes from the hip as any lawless gun-slinger would. He loves a joke, and a pun, and a list and will fire them off for fun. He always gives credit to, and pins a deputy´s badge upon on, any musician who adds fun to proficiency.

Take his review of a jazz night, the second Rochdale Jazz Club event at the new venue, at Chadderton Reform Club´,  on Tuesday 16th August. and I think you´ll see what I mean.

We had The Original  Dixieland One Step, Fidgety Feet and Margie evoking The Original Dixieland Jazz Band; we had standards such as  Algiers Strut, Burgundy Street Blues, That’s A Plenty, Panama; we had a spiritual The Old Rugged Cross, the protest song Black And Blue; blues (authentic), I Want A Little Girl; blues (nominal) with Roger and the rhythm section mirroring Duke Ellington’s C-Jam Blues; a dash of rhythm and romance from Jake and his plucked from obscurity Mississippi Sandman, and finally some Tin Pan Alley crossovers by way of The World Is Waiting For The Sunrise, Fats Waller’s I’m Gonna Sit Right Down And Write Myself A Letter, Ellington’s Rose Room together with Some Of These Days and a closing medley (with vocal refrain) comprising I’m Confessing That I Love You, I Can’t Give You Anything But Love Baby, Autumn Leaves and Georgia

.His having had to tread the mean sidewalks of dispirited, bombed-out Salford during the immediate post-war years, pianist and proud son Roger Browne (left) remains, like hard-tackling French midfielder Louis Quatorze, who it will be remembered had a couple of loan spells at nearby Newton Heath FC in the mid-fifties, immensely proud to declare “j’y ai vecu”.

Anyroadup, as they have it “down the Quays” at the Countdown studio (“anyroadup” being a nine letter word and worth double points) it was a reflective Roger who found himself along with a Manchester Jazz lineup comprising Colin Ball (trumpet), Eric Newton (clarinet), Mike Pembroke (trombone), Jake Reeves (banjo and guitar), Allan Wilcox (bass) and Chris Pendlebury (drums) under the bright lights again at Chadderton Reform Club for the second of Rochdale Jazz Club’s Tuesday evening sessions. © Alan Lawless

So, … from Rochdale Jazz Club, to Chadderton Reform Club and from Jazz On Sundays to Jazz On A Tuesday, on a journey that takes in Salford Quays, Countdown and  International Rugby in only 300 words. That´s proper sidetracking and detouring !

So keep your eye out for more Lawless Jazz by noting the listings and previews at all across the arts in The Rochdale Observer, as well as listings in The Oldham Chronicle. and by tuning into Hot Biscuits for mentions on the airwaves and of course by following our daily not-for-profit blog here at Sidetracks And Detours.

Meanwhile there is more fun to come on Friday 16th September when there will be more Jazz In Reading, a couple of hundred miles South of the lawless lands of Lancashire, Jazz In Reading welcomes a historic instrument´s return to the scene. It’s not far short of 100 years since the then newly-invented vibraphone first appeared on a jazz recording, played in 1930 by a young Lionel Hampton on the Louis Armstrong track, Memories of You.

The instrument featured famously, of course, in the music of The Modern Jazz Quartet (MJQ) under the able fingers of Milt Jackson and. more recently as played by Warren Wolf, a key member of Christian McBride’s Inside Straight  but here with Wolfpack.

The vibraphone is still relatively rare on the jazz scene but will feature in two Jazz at Progress performances this season.

One, in November, celebrates theglorious past of the instrument when local vibes player Nat Steele features in a star-studded line-up with Portrait of the MJQ.

But before that, on 16 September, we’ll be bang up to date as we enjoy multi-award-winning composer, band-leader and vibraphonist Jonny Mansfield with his quartet. You’ll remember Jonny playing vibes on the Progress stage back in 2018 with his magnificent Elftet.

Join us on Friday 16 September to experience Jonny’s beautifully original compositions and to see where the vibraphone in jazz is headed in its second hundred years.

Jonny Mansfield is an award-winning percussionist and composer. He has worked with international artists such as Chris Potter, Orlando Weeks and Yazz Ahmed, performing worldwide. He released his debut album with his 11-piece ensemble ‘Elftet’ after being awarded the Kenny Wheeler Prize in 2018.

He was nominated for an Ivor Novello award for ‘Best Large Ensemble Jazz Composition’ for a commission by Marsden Jazz Festival to write an hour-long suite setting Simon Armitage (Poet Laureate) poems.

Jonny was also commissioned to write a vibraphone and trombone duo, for London Symphony Orchestra principals Neil Percy and Peter Moore, which was premiered at LSO St. Lukes.

Other plaudits include the Tebbut Exhibition Award, Richard Turner Award, Scott Philbrick Jazz Scholarship and the Principal’s Award from the Royal Academy of Music.

‘A musical vision beyond his years’ – Evan Parker