Blog
You are here: Home1 / Blog2 / Music3 / WHEN DOVES CRY they are probably arguing ! 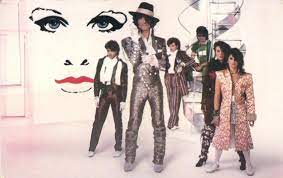 WHEN DOVES CRY they are probably arguing !

When Prince died in 2016, he left a massive gap in the lives of his die-hard fans and casual listeners alike. From the omnipresent Purple Rain to the party anthem of the century 1999, his songs were mainstays in pop culture. Though his music quickly made him an icon, the singer liked to keep people guessing, keeping tight-lipped on the deeper meaning behind his songs.

Upon hearing about his passing, social media erupted into a frenzy of tributes to the singer, including one poignant message from Whoopi Goldberg that read, “This is what it sounds like when doves cry.” Though the song is an obvious reference to his 1984 hit, “When Doves Cry,” it begged the question: exactly what did Prince mean when he wrote about crying doves?

With all due diligence and after six years and many theories later, American Songwriter arrived at a conclusion that seems fitting. You can read their findings below.

“When Doves Cry” was written for Prince’s semi-autobiographical film, Purple Rain. In the film, the song plays under a montage after his character loses his girl (Apollonia) to his rival. The montage includes scenes of Prince’s tumultuous relationship with his father and intimate moments with Apollonia.

Just how much of the film is based on real-life remains a mystery, as Prince rarely gave interviews and didn’t talk much about his personal life. Either way, it seemed to resonate with much of the public as it became the No. 1 song of 1984 in the U.S.

“When Doves Cry” topped the charts for five weeks over the summer and kept Bruce Springsteen’s “Dancing In The Dark” at a standstill at No. 2. Springsteen (right) , being a self-professed Prince fan, didn’t mind being kept at bay by the icon, saying, “Whenever I would catch one of his shows, I would always leave humbled.”

Mirroring the plot of the movie, the song touches on a crumbling love affair and Prince’s fear of becoming too much like his parents. The crying doves in question seem to point to the two lovers mourning the loss of their relationship.

At the beginning of the song, Prince asks Apollonia to picture a time when the two of them were happy together before moving on to a more melancholy scenario when their relationship began to falter.

Dig if you will the picture
Of you and I engaged in a kiss
The sweat of your body covers me
Can you my darling
Can you picture this?

Dream, if you can, a courtyard
An ocean of violets in bloom
Animals strike curious poses
They feel the heat
The heat between me and you

Prince starts to get introspective in the chorus, begging the all-too-familiar question “are we becoming my parents?” He then rolls around to the titular “crying doves” line, asking why the pair continue to scream at each other.

Though the couple seems to be heavily at odds with one another, given that doves are a universal symbol of peace it seems he is actually taking an optimist’s view, hoping the two can work out their differences.

Maybe I’m just too demanding
Maybe I’m just like my father, too bold
Maybe you’re just like   my mother
She’s never satisfied
Why do we scream at each other?
This is what it sounds like
When doves cry

Prince played all of the instruments on the track—a lead guitar, piano, synthesizers, and a Linn LM-1 drum machine.

A bass part is notably absent from the song, though he told Bass Player magazine, he hated to see it go. “Sometimes your brain kind of splits in two—your ego tells you one thing, and the rest of you says something else. You have to go with what you know is right.”

His trusty LM-1 drum machine (now on display at his estate—Paisley Park) is featured heavily in the song. To make the unique percussion sound, Prince used a recording of a cross-stick snare drum, tuned it down an octave to give it more of a knocking sound, and ran it through a guitar processor. In addition to his prowess on guitar, Prince is acknowledged as one of the greatest drum machine programmers of the era.

Peggy McCreary (left), Prince’s engineer on the song, told Billboard about the day it was recorded and the singer’s confidence that it would become a hit. “[Prince] took the bass out and he said, ‘There’s nobody that’s going to have the guts to do this.’ And he was smiling from ear to ear. He felt this was the best and he knew he had a hit song… so he decided to do something really daring. That’s what Prince was all about.”

She continued, “He would run through [a song] with just a piano and a vocal. And sometimes he’d do the drums and then the bass… The room was always set up and you had to be ready to do whatever he felt like doing. It was real spontaneous. You had to be there with him, which was the hard part and the exciting part. But when you’re exhausted, it’s hard to be excited. It was the longest I ever worked with anybody in my life. I worked around the clock, 24 hours. He said sometimes the only reason he went home was so I could sleep.”

The accompanying video for the song features a number of scenes from Purple Rain while adding in a few unique clips to give it more of a music video feel.

The visual opens with a number of white doves emerging from double doors to reveal Prince in a bathtub. The scenes from the film are then interspersed with shots of The Revolution performing the song amid a white room.

Though the video might have seemed tailer made for MTV’s audience (it clinched a nomination for Best Choreography at the networks 1985 awards), it sparked controversy amongst the network executives who thought it far too explicit for television.

The prime source for this article was a piece by Alex Hopper for American Songwriter. Check out the magazine on line for scores of similar thought-provoking work.