Blog
You are here: Home1 / Blog2 / culture and tradition3 / OF SWINGS AND ROUNDABOUTS 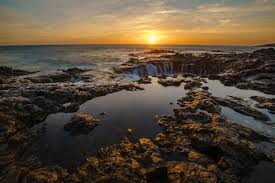 OF SWINGS AND ROUNDABOUTS

Haría, the Northernmost municipality here on Lanzarote, has  ordered the eviction of the La Garita kiosk, an open – air snack bar which has apparently had an ´expired ´ concession for years

So, in actual fact, the City Council of Haría has begun the procedures to evict the kiosk-bar (left) on the beach of La Garita de Arrieta, which has been operating for years with an expired municipal concession. “There are many bars in socio-cultural centres that are exploiting people without a valid contract from the City Council,” admitted the mayor, Víctor Robayna.

In this regard, he that work has already begun to work in some areas to legalize bars like this, such as those in the nearby village of Ye, and that the intention had been to continue with all such facilities, but now the closure of Arrieta kiosk has become a priority. The reason, according to Robayna (right) , is the works that are planned in that area, and that depend on a grant from the Government of the Canary Islands.

“We have a promised completion date  for the end of December so we are with tight times,” explains the mayor, who clarifies that these reform works in La Garita require removing the premises, which, he says, has several deficiencies in its structure.

“Right now the platform on which it is maintained is quite deteriorated. There are even some metal structures that have to be removed, and what the technician says is that the beach bar must be dismantled to make space available to the company that is going to carry out the works, to organize that space and put in new paving”, he specified. .

To this were added other shortcomings. He referred to a problem with grey water caused by a problem with the drains. The venue also has problems with electricity supply. Current facilities here are not, seemingly, fit for purpose.

´Not suitable for a beach. La Garita deserves something more, with respect to those people who will be affected by evicting the beach bar”, added Robayna.

The project, requiring the space La Garita stands on at the moment, is intended to be carried out in the area with a budget of 300,000 euros, of which the Canarian Government would contribute half, and the objective is to improve accessibility and make the space “more open and more integrated”.

However, its execution will depend on whether the La Garita  kiosk can be vacated first. At the moment, the issue has already been taken to the last plenary session in Haría and now the affected party has a period to present allegations. “It’s the law, we can’t enter like Russia through Ukraine,” says the mayor.

In this case, the kiosk was put out to tender in 1992, after the intervention carried out in the area by Costas, (the government department that takes responsibility for our coastlines) and since then it has not been renewed or put out to tender.

“ It is true,´ says the Mayor, ´that I have sat down with the owners of the premises and I have transmitted the intention of the City Council. In other words, we do not do it behind the backs or by surprise of the owners”, he clarifies.

However, he does not rule out that the issue could nevertheless end up in court, as happened with the kiosk on the beach of El Reducto de Arrecife.

“I guess they will go to litigation,” Robayna ventures, opening the door to a possibility that would make it impossible to meet the subsidy’s deadline, which ends in nine months.

In the event that they manage to carry out the work, the mayor suggests that a new “slightly more modern” kiosk could be installed later, if Costas authorizes it. “It is true that this was very simple and has been expanded over time by the owners, and now it is disfigured from what it was at the beginning,” he says.

However, even we who have settled here on the island over the last few years are aware that once such demolition and closure is placed on properties like this, evidence shows that they are rarely, if ever, replaced. I don´t feel it is my place to make a comment on any of this because, although Dee and i are now residents here, we feel the island more properly belongs to those born and bred here, with ancestors who worked so hard to make this volcano ravaged island the beautiful place it is.

I would refer you, though, to what I say on our ´front page´ about what this bar and the family who are so perfectly amicable and diligent in maintaining a buzzing but always civilised atmosphere that only adds to the beauty of this stretch of coast. The beach boasts a recently re-built boardwalk-´style bridge (left) that crosses the beach and strides out into the sea to a specially designed concrete ´´outpost, with handrails etc that facilitates safe diving (jumping in)

It all serves a safe arena in which young guys can show off to their girlfriends (right) before taking them back to the kiosk bar for a smoothie. At the right time of year and day and in the right conditions surfers from all over the island flock to the beach at Arrietta and stay out in the waves for hours before congregating in the evening to the kiosk bar, with its island beach music playing gently through the speakers as the sun goes down. Everyone is made welcome and we have spent many such evenings, as two oldies´ in the background, just sipping sangria and watching the world come and go. We have to assume there really is a neccessity for this change and we must hope that the government realises that , whatever might be damaged or unlicensed at this idyllic spot, it has for a long period been a perfect representation of the camaraderie, climate and culture Lanzarote has to offer. A nearby road from the coast up the mountains to Haria via Tabeyesco that offers panoramic views (for passengers only, it has to be said !) has been closes, apparently for repairs for over a year now, and could certainly do without the loss of its remaining attractions.

However, The Mayor insists,perhaps rightly, that if a new one were to be installed, it would have to be put out to tender, “so that everyone has the same opportunity.”

That same process ensures that similar discussions will be held with the bars of the other socio-cultural centres, although the council has not given timelines as to when this might happen. At the moment, the mayor affirms that the procedures have already begun in the Ye teleclub, where the first step was to legalize it, (which I assume means reviewing the remit of what services can be provided there, and then adapting it is fit for purpose to comply with to the ordinance of classified activities, in aspects such as the electrical installation.

The mayor also said that In addition, the El Charcón restaurant (left), on the Arrieta quay, is also in the same situation .

I, and many resdients and regular visitors I´m sure, are staggered by this. I really do feel that La Gerita lends a community spirit and a slightly bohemian atmosphere to a coast line that is serene and aesthetic but remains short of the unique selloling point I think is brought about by the quality of these two well-loved bars.

“When the time comes we will study all that part,” says Robayna, who insists that they have started with the La Garita kiosk not to “focus” on anyone, but because of the “urgency” of these works.

“I think the person who was inside has to be thankful that until today he has been able to exploit it, but also as mayor and as an institution we have to give everyone the opportunity,” he defends.

The mayor makes a lot of good points, but this still sounds a little like what we used to call a compulary purchase order in the UK, that resulted in the farmhouse that was once on the moors but now sits uncomfortably between the two carriageways of the M62.

Lanzarote does so much  so well, and even in this case, there seems to be some reassurance that the small children´s playground and the sports pitch might be left intact, or maybe even enhanced. When Cat Stevens sang Where Do The Children Play all those years ago he actually was sounding the whistle that kick started a growing awareness of the importance of outdoor play areas for our children. Lanzarote seem to have recognised this need, too, and have sought to create such areas.

In fact part of the recent cause for optimism that the play areas in Arrieta will remain in place, has been the ´refurbishment´of the wonderful children´s playground in our own town centre of Playa Blanca. Offically declared re-open olnly a couple of weeks ago, the playground is absolutely thriving. There were more children playing in the other day than ever I used to see watching my beloved Bolton Wanderers.

It is important that in a huge quest for rapid modernity we don´t forget the simple charm of the island. All the racing buggies, the sea sports, and the iron men in the world should b e made welcome here and facilities provided for them, but we must keep asking ´where do the children play? Let´s get our priorities right and remain faithful to the principals of Cesar Manrique.

Politics should be, among other things of course, about creating play spaces where children can grow and learn. Politics has to be something more than a game of swings and roundabouts. There are so many intricacies to ponder as we seek to balance politics and play.This whole issue rests on the two dictionary definitions of the same word: Licence

It might require the wisdom of Solomon to figure all that out but as we our players rather than politicians we can offer you a playlist that might soothe your furrowed brow as you weigh up the pros and cons of this debate. Swings And Roundabouts is an exclusive Sidetracks & Detours recommened track listing, that we now realise, as we look again at our twenty songs, might just present more questions than answers.

a Sidetracks And Detours recommendation

Script For A Jester´s Tear by Marillion

Swings And Roundabouts by Natalia

Playing In The Playground by The Britisch Council

Where Do The Children Play by Cat Stevens

Ride My Seesaw by The Moody Blues

For Absent Friends by genesis

I´m Not Sure What It Is by Badly Drawn Boy

Mood Swings And Roundabouts by Wildheart

Swings And Roundabouts by The Bolshoi

Roundabouts And Swings by Nick Kershaw

Carousel by The Hollies

King Of The Playground by Sunset Punch

The Playground by Tony Bennett

A GIFT OF RECOMMENDED READING