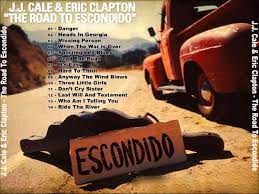 There was a simplicity in his Call Me The Breeze that we would later hear on so much of in the music of singer-writer JJ Cale as he seemingly let life take him where it may. The song soon caught the ears of Lynyrd Skynyrd and eventually made its way on to the band’s second album Second Helping in 1974.

Instead of following Cale’s more stripped-back lead on the track, Skynyrd amped the song up with a slightly heavier, more rockabilly style.

This, one of the few covers Lynyrd Skynyrd ever recorded but the band nevertheless later pulled another track from Cale, Same Old Blues, for their 1976 album Gimme Back My Bullets. The band had plans to work with Cale again before the 1977 plane crash, which killed Skynyrd singer Ronnie Van Zant, guitarist Steve Gaines, and backup singer Cassie Gaines.

Though never released as a single by Lynyrd Skynyrd, Call Me The Breeze remains one of the band’s more popular tracks, alongside another Second Helping hit Sweet Home Alabama.

Throughout the years, Call Me The Breeze has been covered by Johnny Cash with his son John Carter Cash, Shooter Jennings, Bobby Bare, Peter Frampton, John Mayer, and more.

In 2004, Cale joined his long-time collaborator, Eric Clapton during his Crossroads Guitar Festival where the two performed a duet of Call Me The Breeze. Throughout the years Cale and Clapton continued to work with one another, even picking up a Grammy Award for their album The Road to Escondido in 2008.

When Cale died in 2013 from a heart attack, Clapton paid tribute to his friend by including a rendition of Call Me The Breeze and other tracks for a Cale tribute album in 2014, The Breeze: An Appreciation of JJ Cale, which also features Willie Nelson, Tom Petty, Mark Knopfler, (who often plays in similar styles to Cale) and John Mayer. An official video for the song, directed by Joseph Toman and released in 2014, features older videos and photographs of Clapton and Cale.

Of Skynyrd’s rendition of Call Me The Breeze, Cale said that it afforded him the money to have more freedom in how and when he made his music. He also said that, in fact he always felt honoured when other artists covered his songs.

´´I suppose the biggest compliment a songwriter can receive is when somebody else sings your songs´. said Cale. ´I’m more proud of the long list of people who have done my songs than, say, the money or the records I’ve made. When someone cuts your song—whether it’s good or bad—you feel great´.

J J Cale’s biggest hit under his own name was Crazy Mama in 1971, but his greatest success was as a provider of rock standards for other artists. Cale, who died of a heart attack aged 74, did not crave the spotlight for himself, but was delighted by the way artists such as Lynyrd Skynyrd and especially Eric Clapton, turned his songs into enduring anthems.

Clapton was first introduced to Cale’s music when he was working with the husband-and-wife duo Delaney & Bonnie. He recorded Cale’s After Midnight for his first solo album, Eric Clapton, in 1970, and it reached No 18 in the US singles chart. The song would become a staple in Clapton’s live shows, and he made a new recording of it which gained widespread recognition by being used in a 1988 Michelob beer commercial (and some notoriety too, since this coincided with Clapton seeking treatment for alcoholism).

Cale’s song Cocaine also became closely identified with Clapton, who had a US top 30 hit with it in 1980. Other Cale songs covered by Clapton included I’ll Make Love to You Anytime and Low Down, the latter appearing on his 2009 live album with Steve Winwood alongside both Cocaine and After Midnight. In 2006 Clapton and Cale collaborated on the album The Road to Escondido, a project inspired by Clapton’s admiration for Cale’s low-key expertise as a record-maker.

´I’ve never really succeeded in getting a record to sound like him and that’s what I want´, Clapton said. The album won the duo a Grammy in 2008.

The raucous southern rockers Lynyrd Skynyrd played their part in advancing Cale’s reputation when they recorded his song Call Me the Breeze for their album Second Helping (1974), a multi-platinum smash. However, Skynyrd’s rollicking, multi-guitar barrage bore little resemblance to Cale’s loose and laid-back original. It was part of the allure of Cale’s music that its superficial simplicity concealed a considerable degree of craftsmanship.

As Clapton put it, Cale’s music was “a strange hybrid. It’s not really blues, it’s not really folk or country or rock’n’roll. It’s somewhere in the middle.”

John Weldon Cale was born in Oklahoma City, and grew up in Tulsa, Oklahoma. He later styled himself “JJ” to avoid any confusion with John Cale of the Velvet Underground. He graduated from Tulsa Central high school in 1956, then began playing in local country and rockabilly bands. His musical tastes were broad, ranging from western swing to jazz and rhythm and blues, and he cited Elvis Presley’s guitarist Scotty Moore as a big influence on his own playing. At first he plied his trade as an itinerant guitar player.

´If a guy came up and said ‘we got a polka band and we’re going to play polkas next Saturday night’ I’d play polkas´, Cale recalled.

´I tried to play anything people would hire me to play, because I was a musician´.

Cale was friendly with a fellow Tulsa musician, Leon Russell, (right) and at his behest moved to Los Angeles, where he found regular work. It was there that Cale made his first recordings of his own songs, cutting three singles for the Liberty label, one of which featured After Midnight as a B side. They were not commercially successful, however. Cale subsequently joined a band called the Leathercoated Minds, who in 1967 recorded an album of psychedelic cover versions called A Trip Down The Sunset Strip. Cale later described this as – ´terrible´!

He returned to Oklahoma, and in 1970 he heard Clapton’s recording of After Midnight, an experience he likened to ´discovering oil in your own backyard´. The producer Audie Ashworth invited Cale to Nashville to record an album, which resulted in Naturally (1972). It was released on Russell’s Shelter label, and tracks included Call Me The Breeze and a new version of After Midnight, alongside Crazy Mama, the song that gave Cale his first and only substantial hit as himself, going to No 22 on the US singles chart.

Naturally laid down a template from which Cale would deviate little over a string of reliably addictive albums recorded over the ensuing decades, which included Really (1973), Okie (1974), Troubadour (1976), Travel Log (1990), Guitar Man (1996), To Tulsa and Back (2004) and Roll On (2009). Cale was credited with creating “the Tulsa sound”, though in reality it was uniquely personal to him. It would typically include a sinuous, choogling rhythm and simple melody, sparing embellishments on guitar, pedal steel or keyboards, and lyrics delivered by Cale as though he was having an after-hours chat with a friendly bartender.

Cale would often play most of the instruments himself, experimenting tirelessly with different tones and techniques. He was fascinated with new technology, whether it was digital recording, new types of electric guitar pickups or drum machines, which he presciently used on his first album.

´As the years went by and technology came in, I used a lot of technology´, he said. ´I try and manufacture recordings to sound spontaneous. Then, some things are spontaneous´.

Whatever his secret, Cale’s music has proved remarkably durable and influential. Other artists who covered his songs included the Allman Brothers Band, Johnny Cash, Tom Petty and Waylon Jennings. Currently in dispute with Spotify,  Neil Young praised Cale’s Crazy Mama in his 2012 memoir Waging Heavy Peace. ´ ´The song is true, simple, and direct, and the delivery is very natural´,  Young wrote. ´ ´JJ’s guitar playing is a huge influence on me. His touch is unspeakable´.

Cale was more than happy to see what other artists could make of his music.

´I kind of write songs hoping that musicians will take them and make them better and more accessible´,  he said.

He could hardly believe his luck in being able to make a comfortable living writing and recording songs in his own way at his own pace.

“When my songs started raking in some funds I thought, ‘What’s the use of working all the time?’ I believe in no work at all if you can get away with it. I’d recommend writing songs. You get all of the money and none of the bother´.

Cale was survived by his wife and regular musical collaborator, Christine Lakeland.

please note logo The primary sources for this article were  written by Tina Benitez Eves, published in American Songwriter, and by Adam Sweeting in The Guardian in 2013..

Norman has also been a long serving broadcaster, co-presenting the weekly all across the arts programme on Crescent Community Radio for many years with Steve, and his own show on Sherwood Community Radio, regularly guesting on BBC Radio Manchester, BBC Radio Lancashire, BBC Radio Merseyside and BBC Radio 4.

e mail logo The purpose of this daily not-for-profit blog is to deliver news, previews, interviews and reviews from all across the arts to die-hard fans and non- traditional audiences around the world. We are therefore always delighted to receive your own articles here at Sidetracks And Detours. So if you have a favourite artist, event, or venue that you would like to tell us more about just drop a Word document attachment to me at normanwarwick55@gmail.com with a couple of appropriate photographs in a zip folder if you wish. Beiung a not-for-profit organisation we unfortunately cannot pay you but we will always fully attribute any pieces we publish. You therefore might also. like to include a brief autobiography and photograph of yourself in your submission. We look forward to hearing from you.