Blog
You are here: Home1 / Blog2 / culture and tradition3 / DYLAN FACING DAYS IN THE DOCK? 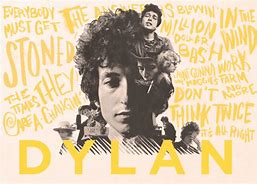 DYLAN FACING DAYS IN THE DOCK?

A new lawsuit alleges that Bob Dylan, (left) the Nobel-winning folk singer-songwriter, plied a 12-year-old girl with drugs and alcohol before sexually abusing her in 1965.

The lawsuit alleges that the Times They Are A-Changin’ singer “befriended and established an emotional connection with the plaintiff”, identified in Manhattan supreme court papers, obtained by the Guardian, only as “JC” and groomed her over the course of six weeks in April and May 1965.

The suit, filed late Friday on behalf of JC, now a 68-year-old woman living in Greenwich, Connecticut, alleges that Dylan, then 23 or 24 years old, “exploited his status as a musician by grooming JC to gain her trust and to obtain control over her as part of his plan to sexually molest and abuse” her.

According to the complaint, Dylan established a “connection” with JC to “lower her inhibitions with the object of sexually abusing her, which he did, coupled with the provision of drugs, alcohol and threats of physical violence, leaving her emotionally scarred and psychologically damaged to this day”.

The suit alleges that Dylan, given name Robert Allen Zimmerman, abused the plaintiff multiple times, with some incidents taking place at the famed Chelsea hotel in Manhattan. According to the complaint, the emotional effects of the abuse on JC included depression, humiliation and anxiety that “are of a permanent and lasting natures and have incapacitated plaintiff from attending her regular activities”.

JC is seeking unspecified damages and a jury trial for allegations of assault, battery, false imprisonment and infliction of emotional distress whose aftermath has led her to seek medical treatment on multiple occasions.

A spokesman for Dylan, now 80, told the Guardian recently that “the 56-year-old claim is untrue and will be vigorously defended”.

The lawsuit comes on the final day of the New York State’s Child Victim Act look-back window, which closed Saturday, 14 August. The measure had offered reprieve for adults time-barred from filing civil suits for abuse suffered as children.

Just last month, a Manhattan supreme court judge ruled in Dylan’s favor in an unrelated lawsuit over profits from the $300m sale of his song catalogue last year to Universal Music.

Paste on-line magazine also broke the news, and in so doing described Bob Dylan as ´no less a towering musical figure´ now being accused of sexual misconduct.

Representatives for Dylan denied the allegations in a statement issued to multiple outlets: “The 56-year-old claim is untrue and will be vigorously defended.” They had no further comment when reached by Paste.

J.C.’s suit was filed under the New York Child Victims Act—an act that enables victims to file claims regardless of how long ago the alleged abuse occurred—on the penultimate day of the act’s look-back window, which closed Aug. 14.

The Paste reporter did point out that, complicating matters, some have observed that Dylan’s whereabouts were consistently well-documented during the period in question, as the then-24-year-old musician was touring the U.S. and U.K. at the time.´

There will, nevertheless, be clouds of smoke and mirrors and much behind the hand mischief-making until the case either comes to court or is dismissed before-hand. Until that happens the matter is sub-judice, but even now you can hear the turning of the pages of his collected works as people, for reasons good and bad, seek explanation, as if The Bob Dylan Songbook is really the book of Revelation.

The prime sources for this article were published by The Guardian and Paste on-line magazine.