Blog
You are here: Home1 / Blog2 / culture and tradition3 / POLITICS AND PLAYING, POST-COVID 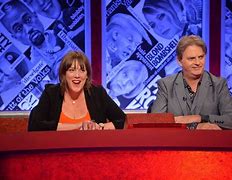 Norman Warwick reads between the lines

According to MP Jess Phillips the best ideas often come from people who are not politicians, and she uses a footballer’s campaign to feed hungry children to amplify her point, in an article in The Guardian.

Jess Phillips MP serves as the Member of Parliament (MP) for Birmingham Yardley since 2015. A member of the Labour Party, she has been Shadow Minister for Domestic Violence and Safeguarding in Keir Starmer‘s Opposition frontbench since 2020.

Phillips was appointed as Parliamentary Private Secretary (PPS) to Lucy Powell, the Shadow Education Secretary, in 2015. A vocal critic of the former Leader of the Labour Party Jeremy Corbyn, Phillips resigned as a PPS in protest over Corbyn’s leadership and said she would ´find it incredibly difficult” to continue as an MP if Corbyn was re-elected as Labour leader. She supported Owen Smith in the failed attempt to replace Corbyn in the 2016 leadership election. Phillips was a candidate for Labour leader in the 2020 leadership election but withdrew from the later stages of the contest.

There is even a site on-line that offers ´the five best bits´ of her appearance on Have I Got News For You, (right) a show that is merciless to the pretentious and dullards. I do remember he appearance as being good fun and lively and it was my memory of that which drew my attention to here piece in The Guardian, entitled ¨Marcus Rashford Is Playing Politics? That´s Great. He´s Better At It Than Politicians´.

I knew, however, as I started reading the article, that whatever opinions she held on the matter and no matter how well she evidenced them I would still be worrying, like any United or England fan, that maybe Marcus has become better at playing politics than he is presently at playing football. He has a shoulder injury that may require surgery, and it certainly seems to be troubling him when playing, but his form has dipped, his goals have dried up and has recently been targeted, in vile fashion, on social media for missing a penalty n the Euro final for Englan

Jess Phillips nevertheless began her article by saying that ´the accusation that someone is ´playing politics´ has become a regular slur among my political opponents. Most recently, Natalie Elphicke, who succeeded her husband as MP for Dover while he was under suspicion of sexual offences, accused Marcus Rashford of “playing politics´, suggesting that his desire to speak up about hungry schoolchildren had harmed his football skills and taken his eye off the ball´.

So, Mrs. Elphicke had at least talked about the elephant in the room I thought only I could see.

´The suggestion here is, of course´,  Jess reminded me, ´ that politics is solely the pursuit of politicians and that when other people get involved, they are merely acting out a childish game. In fact, Rashford plays politics considerably better than Elphicke, because unlike her, he has led campaigns that galvanised a million people and changed government policy, and he has a direct line to the prime minister. I’ll wager he is also better at kicking a ball. Two nil to Rashford´.

Jess Phillips, points out, however, that the accusation of ´playing politics´ is not only made against ordinary voters. If she, an elected representative, talks about the case of a murdered woman, she is told that she ´playing politics´ with the tragedy. To some, she is not considered a professional on the political playing field. She is seen as  the wrong sort of politician. She has been accused of peddling student politics, an accusation she sees as an attempt to patronise and side-line her. She has also been told that, unlike the very important ministers, she is led by her heart, whereas proper grown-up politicians have to think with their heads.

´Playing politics is an accusation made in order to diminish your voice,´ she says (in that prominent piece in the Guardian !), ´and to make you feel stupid, as if you have made some sort of terrible political faux pas. You haven’t. Politics is for everyone and there is nothing good that ever happened in our country that was not conceived of, fought for and activated by ordinary citizens. Women having the vote, universal child benefit, the Race Relations Act. Even the weekend was first conceived of in some draughty hall by ordinary people. Politicians like me don’t come up with our campaigns ourselves, they come from the stories we are told in our constituencies. If ordinary people didn’t dare to think that they could change things, politicians would have nothing to play with´. (or for).

´It is often young change-makers, such as Rashford, Greta Thunberg and Malala Yousafzai  who are accused of playing politics.
“Its not personal, it’s just politics” is another well-trodden and ridiculous platitude. Everything about politics is deeply personal to all our lives. When we speak up we are not playing a game, we are asserting our liberty and our rights. The food we eat, the clothes on our backs and where they came from, who we can love and how we can love them: every single tiny thing in our lives will have been debated and decided in the Palace of Westminster. The womb I lug around this grand building – with its gargoyles and gilding – is regularly up for political debate. That feels pretty personal to me when I listen to a load of men debating what I can and can’t do with my internal organs´.

She suggests that it disempowers the public to claim that politics and all its funny terminology and tradition is for a special gang who are in the know.

´We make out as if only the very best can make it to parliament when in reality there are literally no qualifications required. We tell people who dare to campaign that they are “playing politics” and then when we are forced to listen to them because they are better at it than those paid to play the game, bad politicians take credit for enacting the resulting positive changes. It is hard at times to convince people that organising or attending meetings and events to push forward their ideas or campaigns is anything more than a slog that, at least at first, will probably be ignored. People are busy, they have bills to worry about, box sets to watch. When Rashford set out to feed the nation’s children, he could have been doing something else more fun, or at least more in his comfort zone. With a premiership footballer’s platform, he had an easier run at it than others, but I have absolutely no doubt that he had a crisis of confidence about using his voice, that he thought more than once that he didn’t understand politics enough to get involved. What Rashford knows now, though, is that all of the fears and self-doubt, the tedious meetings, the crushing abuse and misdirection pales into insignificance when your voice is heard. The feeling of taking part in politics and actually changing something is like fireworks in your chest, it’s like kicking the ball straight into the back of the net while your team leap on you in victory. If more people knew what a political win felt like, everyone would want one.

So let’s play politics, because it’s personal to each and every one of us, and if we don’t, the same people will always win, while using your jobs, your education and your internal organs as the counters in their game´.

Just the bounce of the political football really !

This interesting article, prickly, pointed and provocative piece, that is perhaps even a call to arms, suggests that  Everything You Really Need to Know About Politics by Jess Phillips published by Simon & Schuster (£16.99) should be a good read according to Goodreads so watch this space for a review coming shortly.

To support the Guardian and the Observer buy a copy at guardianbookshop.com. Delivery charges may apply.

BETWEEN THE COVERS, on a Monday night with Norman Warwick