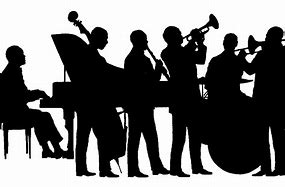 LOST IN JAZZ: ghosts in the music

photo 1 MJW Michael J West has been JazzTimes’ primary obituary writer since 2017; last year, he wrote more such pieces than in the three previous years combined. It was a tragic year for jazz. So much so, in fact, that Michael couldn’t even fit all the greats who passed in 2020 into the magazine´s annual In Memoriam feature. In the current edition he has therefore listed twelve names every bit as deserving of tribute as their comrades-in-arms. We include them here on our pages to reflect our own wish to memorialize jazz-players through their music: the thing for which they all wanted to be remembered.

but also enable us to learn more about these artists. And we can also point you to Spotify where you can also hear all the tracks mentioned ion Michael´s piece.

Picture Of Heath was an album on which Mr. West reckoned Jimmy Heath was backed with one of the best rhythm sections of its era (or indeed any other). Heath gives unimpeachable evidence of what Jazz Times call ´his two greatest gifts: one for pithy, lyrical compositions, and another for refocusing the shapes of those compositions into aggressive, extended improvisations.´

Michael J West then selects A Ritual by The Herbie Mann Nonet, as the album features Ray Mantilla (right) who died in March of 2020. The writer explains that the back half of A Ritual features a fiery interchange between Mantilla’s bongos, Ray Barretto’s congas, and Rudy Collins’ drums. Its true magic, though, is in the declarative comp line Mantilla maintains throughout the track. It is there, says Mr. West that we most clearly hear Mantilla´s distinctive sound and uncanny rhythmic instincts.

Mani DiBango is a new name to me but at least being made aware of him by West´s listing offers me, and others too, who might not know of the artist, the opportunity to discover a new canon of work. We are reminded that back in 1972 when Di Bango, (born in 1933) released his Soul Makossa album, on the Fiesta label in 1972, the whole world was moving to the rhythms of Cameroonian jazz. It was no fluke: The influence of Manu Dibango’s peppery tenor sax and unforgettable groove would vivify dozens of pop tracks in the next 50 years, from Michael Jackson to Childish Gambino.

Jymie Merritt (right) played his clear-voiced bass ostinato on his own composition when he joined max Roach on the syudio for tracks on an album called Drums Unlimited in 1966. He was a bridge-building jazz player and here he connects the older (soul-jazz) definition of funk with the newer (on-the-one) definition. His nimble solo, in the track’s final third, has the knowing feel of a singer in the sanctified church.

Mr. West describes the ´scintillating atmosphere, surprising colors, astounding chops of the ethereal Quasar Infection, from Ryo Kawasaki. The Japanese fusion guitarist’s first album with his Golden Dragon band, says the journalist, ´has all those character-defining strengths. It also showcases his resourcefulness: The album introduces the guitar synthesizer, which Kawasaki helped invent.´ The musician died last year at the too-early age of only forty.

As of the beginning of 2016, master jazz musician Henry Grimes (acoustic bass, violin, poetry, illustrations) had played more than 615 concerts in 31 countries (including many festivals) since 2003, when he made his astonishing return to the music world after 35 years away. Grimes was an American jazz double bassist and violinist. After more than a decade of activity and performance, notably as a leading bassist in free jazz, Grimes completely disappeared from the music scene by 1970. Grimes was often presumed to have died, but he was discovered in 2002 and returned to performing.

His ten-minute-plus solo feature during a duo concert, Arcopanorama, recorded in 2010,is a head-spinner, a free-form workout that highlights Grimes’ bass virtuosity from every conceivable angle. The only thing that astonishes Mr. West more than Grimes´ technical prowess is his boundless imagination.

With his raw sound and loose approach to tonality, saxophonist Giuseppi Logan (left) sounded freer than he often was. Yet it’s certainly true, asserts Micahel J West ´that he was a complete original, and that he burst onto the scene fully formed in 1964.´ Dance of Satan, recorded that year with his eponymous quartet sounds as fresh now as it did then.

The Jazz Times obituary writer reminds us, too that Richie Cole (right) was known in the nineteen seventies as the “keeper of the flame” for his feel for  classic bebop and his Parkerian alto sound. But on Last Tango in Paris, we hear him (and guitarist Vic Juris, who passed in 2019) pulling the edges of the harmony out into new territory. Not for nothing was the album subtitled ´alto madness´.  American jazz saxophonist, composer, and arranger Richie Cole died May 2, 2020. Cole was a renowned alto saxophone player, motivated by the music of Sonny Rollins and Charlie Parker. He also performed bossa nova and Latin jazz.

Wayne Shorter, is a name we have spoken of before as we wander our sidetracks & detours, with his ´jazz means to dare´ approach he takes to his line-up choices and live and studio work. The Introducing Wayne Shorter (VeeJay, 1959) recording is worth its purchase price for the two-chorus solo alone, so perfect and resourceful that it’s become one of the jazz solos that drumming students are required to learn. Stay for the comping, so remarkable in its steadiness that Jimmy Cobb is able to change his style several times without the casual listener even noticing. Jimmy Cobb passed away in May of 2020.

There’s splendour in every instant of Johnny Mandel’s arrangement of his own tune Where Do You Start, on the here´s To Life album recorded by Shirley Horn on the Verve label in 1992,´and Michael J West assures us in his Jazz Times remembrance of jazz deaths perhaps overlooked in the emergence of covid-´From the French horn and flute figures in the intro to the delicate piano and synth ostinatos to the carefully swelling strings. It all seems calibrated for Horn’s behind-the-beat delivery, as if he knew exactly where her pauses would fall. It’s a tribute to Mandel’s masterful ear.´

After Hours was an album released on Go Jazz in 2000 by Ira Sullivan, a true polymath of jazz. On the album´s Spring Can Really Hang You Up The Most, the Wolf and Landesman standard, Sullivan plays tenor sax. He really shows his chops were felt rather than heard. That is, he takes on the tune with taste, melody, and just enough muscle to show that a monster lurks under the surface.

My joined up jazz journalist colleague Steve Bewick often speaks enthusiastically about Dave Brubeck. According to Mr. West, who closes his list with The Dave Brubeck Quartet’s Time Further Out  album. He has done so to highlight the contribution of Eugene Wright, and in so doing the journalists reminds us that ´metric experiments proved, among other things, how vital the bassist is to a jazz band’s basic ability to function´. Eugene Wright’s unyielding 7/4 ostinato on the track Unsquare Dance may not be glamorous, but it both lays the bedrock and, in effect, provides the hook.

Eugene Wright’s unyielding 7/4 ostinato on the track Unsquare Dance may not be glamorous, but it both lays the bedrock and, in effect, provides the hook.

Nicknamed The Senator, Wright was an American jazz bassist, best known for his work as a member of The Dave Brubeck Quartet, especially on the band’s most famous 1959 album Time Out,where he played alongside pianist Brubeck, drummer Joe Morello and saxophonist Paul Desmond.

And so, the Jazz Times obituary writer closed his list of jazz artist who died, perhaps almost uncharted in 2020. Here at sidetracks & detours have sought to pay tribute, whenever we have been able, to singer-writers and musicians of all genres and, too, those artists working in genres from pottery to poetry, dance to drum, or  circus to ceramics.

Nanci Griffith, one of my favourite writers is a musician still writing and playing, albeit in a very different genre. She spoke once in a song of ´ghosts in the music, … the soul of America´s Pride.´ It is a slightly angry, provocative song and the delivery by her is sublime on her Once In A Very Blue Moon album. Have a listen and you´ll find yourself remembering not only the musicians who have gone but also how much of what they remembered has gone, too.

A reminder of the next livestream concert from the Boileroom, Guildford. Previous events in the series have been very well received and we’re confident this one will fill an hour or two, in the comfort of your own home, with some top-class jazz followed by a lively  Q&A.

“His ’n’ Hers” with the
Dave & Judith O’Higgins Quintet

The gig will start at about 7.30pm. We’ll send you an email to confirm your booking, followed by a link to the performance the day before.  Tickets are £10 each, click here to book now.

HIS ’n’ HERS is available as a limited edition vinyl album, CD or digital download here

If more than one person in your household is likely to watch, perhaps you would consider buying the appropriate number of tickets so that we can support the musicians as much as we can, but it’s entirely voluntary and at your discretion.

You will receive an email to confirm your booking and the link to the performance the day before, which you can watch on computer or mobile device or on a Smart TV.

photo norm This article was collated by Norman Warwick, (right) owner and editor of Sidetracks And Detours. Norman, who also writes a weekly arts column for Lanzarote Information is a writer and broadcaster, poet and songwriter and is one of four founding members of Joined Up Jazz Journalists, JUJJ, formed in 2020. JUJJ members will share their own enthusiasm for jazz to grow their own knowledge of the genre to better serve readers and listeners and to become part of a synergy of media already serving the jazz scene.

The other members of JUJJ include Susana Fondon, Norman´s colleague from Lanzarote Information who writes and conducts interviews on the island´s  live jazz  events. Jazz historian, researcher ad writer Gary Heywood-Everett is also a founder member, along with Steve Bewick, writer and broadcaster of Hot Biscuits jazz programme on www.radio-fc.co.uk , a former co-presenter with Norman  for five years of the all across the arts radio show.  JUJJ has already borne fruit by hosting the inaugural annual Joined Up Jazz Festival earlier this year, enjoying support from the likes of Ribble Valley Jazz And Blues Festival and Jazz In Reading. Steve Bewick took JUJJ one step further when working recently with Hoàng Minh Châu, writer of the Hanoi Jazz Lovers blog, to create The Birth Of A New Cool published on Sidetracks And Detours  on 28th May 2021, thus introducing us more than 7,000 potential new readers. Today´s pages were created with reference to Jazz In Reading, Guildford Jazz and Jazz Times magazine as primary sources.

If you would like so submit an article on your own arts topic. Sidetracks And Detours would be delighted to hear. If so, please send your article to as an attachment to an e mail to

Any work subsequently published will be fully attribute so you shoul feel free to also include a short personal auto bio and a jpeg photo of yourself. If you wish to send photos to complement your articles please send them in a zipped folder as a second attachment to your e mail. These should be jpeg format if possible. We do, however, have a fairly extensive photo archive if you would prefer us to select from that.