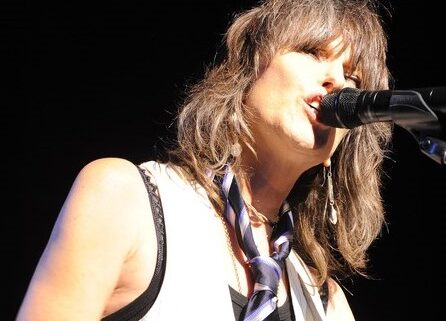 The Soul Of A Song

Shakespeare is reckoned to have coined countless words and phrases that had never been previously used in the English language. He was the bard who led us on that ´wild goose-chase in search of the ´green-eyed monster´ and left us all ´in a pickle.´ Nevertheless, how much I treasure Bob Dylan and how privileged I feel just to have lived in roughly the same time-frame.  Is it only a simple twist of fate that has Dylan similarly playing Shakespearian linguistic games that leave us all tangled up in blue?

Nevertheless Dylan´s eightieth birthday, as celebrated on Sky Arts tv reminded me exactly why I won´t admit to anyone, even myself, how deep my admiration for Dylan really is. All my doubts about his live performances were confirmed by the repeat of his 1993 30th showbiz anniversary, or some such, gig that was utterly shambolic. To be fair, Dylan himself was conspicuous only by his absence, and on this edit only stepped on stage to join in one chorus performed by the thirty or forty strong stellar names who had gathered to praise the king. Many poor performances drowned the very few good ones, of which Chrissie Hynde´s was one of the very best.

Yet in an earlier programme we had been presented with a thoughtful, insightful and informative interview with Chrissie Hynde, (left) interspersed with her version of nine Dylan songs. That her covers were respectful did not deter her from giving them her own interpretations and the musical and production values she brought to them on recording demonstrated the regard in which she held the songs. They were, it has to be said, songs that had seen her through a lonely lockdown year, that subsequently provided her with a recording project to undertake with her lead guitarist James Walbourne and Tchad Blake in the producer role. The mutual respect between these three main protaganists shone beamed through the Sky One tv documentary footage the recording proceedings.

The subsequent album, Standing In The Doorway contains Sweetheart Like You, that Rolling Stone describes in its four star review of her album as ´an understated and somewhat sexist song off Dylan’s 1983 LP Infidels, Hynde sings the following lyric plainly as written — “You know a woman like you should be at home, that’s where you belong” — but manages to play up the schmaltz of the chorus, “What’s a sweetheart like you doing in a dump like this?” showing she has the upper hand.

Rolling Stone acknowledges that ´she also gets the inherent humour of Infidels’ track Don’t Fall Apart On Me Tonight, a gorgeously selfish love song on which she sings, ´Don’t fall apart on me tonight, I just don’t think I can handle it´, in a way to make whoever the song is directed at clean up his act so as not to bother her.

She and Walbourne even gave the song an easy, gospel-rock vibe in place of Dylan’s Sly & Robbie–driven reggae rhythms, which fits the way she handles the patter better than a straight cover.

Interpretations of a song don´t have to turn them into a foreign language and Rolling Stone notes how when she approaches the breakup drama of Blood On TheTracks’ song, You’re a Big Girl Now, ´she replaces the jazziness of the original with Stonesy acoustic guitar and sings the lyrics with knowing sarcasm. Even better, her “whoooaa” breaks in the chorus sound sultry rather than pained, the way Dylan sang them, and she replaces the harmonica solo with church organ´.

Kory Grow joined Rolling Stone’s staff in 2014 and reports on music, movies, TV and culture. He also writes reviews, news and criticism. Previously, he wrote for Revolver, Spin, Guitar World, The Village Voice and other publications. During his time at Rolling Stone, he’s interviewed Ozzy Osbourne in his dressing room, Metallica in their tuning room, David Lynch behind a replica of Twin Peaks’ Red Room and David Gilmour in a trailer behind the amphitheater at Pompeii.

Most recently he asserted his belief that Chrissie´s take on what has become the title track of this album, a moody standout from Dylan’s 1997 comeback Time Out of Mind, ´retains the ethereal, Sad-Eyed Lady of the Lowlands, throwback vibe of Dylan’s recording but on her own terms. She draws a deep breath before singing, ´You left me standing in the doorway crying under the midnight moon,´ in a way that shows true apprehension, and her personal expression heightens the cover. And it’s the way she pares the words of Tomorrow Is A Long Time, and lines like ´If tomorrow wasn’t such a long time, then lonesome would mean nothing to you at all´ with just a backdrop of acoustic guitar and woodwinds in a way that makes it a fitting lockdown anthem.´

Like all the Rolling Stone contributors, Kory writes beautifully but I am surprised that, like many of the reviewers of this album, he has not more clearly highlighted the wonderful contribution of Grammy Award-winning producer/engineer/mixer Tchad Blake, who came on board to finalize the tracks

The best rendition here, according to Kory at Rolling Stone is Blind Willie McTell, Dylan’s brooding Infidelsout-take, ´which ties America’s history of slavery with America’s music, the blues. Walbourne plays piano, harmonium, acoustic guitar, and mandolin on the track in a way that captures the seriousness of the song without letting it drift into melodrama, while Hynde deftly navigates the horror of the lyric with a voice that falls somewhere between weeping and sighing. It’s also one of the prettiest recordings she’s ever made.´

What’s most striking about Standing in the Doorway. suggests Mr. Grow. is ´how easy the recordings came to Hynde and Walbourne. The Pretenders have always been underrated covers artists, going back to their first single, a cover of the Kinks’ Stop Your Sobbing, and Hynde has always had a rare knack for figuring out what she has in common with the soul of a song and playing that up. When you add in the fact that she and Walbourne had a little extra time to make the record during lockdown, that they realized that tomorrow didn’t have to be so much of a long time and that they could find comfort in Dylan’s works, it seems Dylan was right: lonesome means nothing at all´.

The documentary shown on Sky One clearly illustrated the high performance, production and mixing values that were at play in the making of Standing In The Doorway. The late contribution of Tchad Blake (and family) and his use of ´found sounds´ was pivotal and the documentary perfectly captured the mutual respect and easy friendship between these protaganists.

The results are, says Glide magazine, ´a stripped-down mix of guitar, organ/piano, chimes, and restrained vocals, exploring a range of Dylan songs with a pleasant focus on his early eighties output as five tunes are originally from the Shot of Love or Infidels recording sessions´.

The author of that Glide review is Shawn Donohue, a veteran music writer Shawn Donohue has covered the sound of America for Glide Magazine since 2005. A bass player by trade, when not setting the rhythm for New York City-based Angels and Vagabonds, Shawn writes reviews, interviews and feature articles. He loves chronicling emerging acts, and has followed the ear’s affections from the Big Apple to the Crescent City. Some of his all-time favorite albums are The Who’s Quadrophenia, Miles Davis Bitches Brew, ´and pretty much anything Jack White touches´.

I came out of all this with a far greater awareness, and hugely increased respect, of Chrissie Hynde and found Walbourne to be an engaging companion on this programme, which also introduced me  to Tchad, a charming, dignified, mildly eccentric man who hears the music in the music.

Bob Dylan is now eighty. His words, his music and his life have been ´murdered to dissect´. professors and bluffers, doctors and duffers have had their say. There have been scores of ´´tribute´ tracks recorded that do not earn that sobriquet. Dylan writes, I think, because he has to. He writes, I think, to explore rather than to examine or explain. His apparent indifference to those who give him doctorates and Nobel prizes is, perhaps, less a real indifference but more a sign of his single-minded pursuit of something he maybe hasn´t yet even identified. Dylan knows better than anyone that songs revolve and evolve and great songs subtly take on different ´meanings´ with almost every rendition.

The greatest gift that Chrissie Hynde has paid to Dylan, (although she say that the album was and is not intended as a gift)  is that, almost another thirty years after that thirtieth anniversary gig, at which she was one of the successes, she has put aside thoughts of their author and has explored them for the sake of the songs.

ANY FRIEND OF JAZZ IS A BUDDY OF MINE