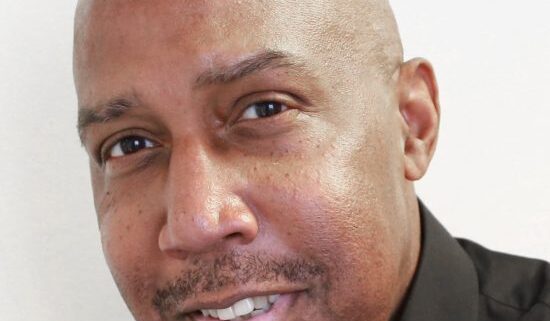 His career in jazz radio spanned more than four decades but I read in Jazz Times that Eulis Cathey (above), has died after a short illness at the age of sixty seven.  He was a record executive who was also a radio broadcaster known for his long stints both at WBGO radio in New Jersey and at SiriusXM satellite radio.

His sister Patrice Cathey announced his death and posted a statement to her brother’s social media. She told JazzTimes that despite his illness, his death was sudden.

Cathey began his broadcasting at the campus radio station of his university and progressed steadily until he became a nationally broadcast announcer at SiriusXM in 2007. He hosted daily programs on the satellite service’s mainstream jazz (Real Jazz) and smooth jazz (Watercolors) channels.

Whilst at SiriusXM, Cathey also enjoyed a parallel stint as a local jazz broadcaster in the New York City area. He was a staff announcer for Newark’s jazz and National Public Radio station WBGO from 2006 until 2017, when he moved back to his hometown of Buffalo, and although was able to continue announcing for SiriusXM from Buffalo, could not do so with WBGO.

His position at WGBO was passed on to Sheila E. Anderson, who, under the moniker of Queen Of Hang, is a mover and shaker in the world of art, most notably in jazz. Much focus is placed upon the artists and rightfully so, yet Ms. Anderson is feeding and affecting the arts scene in myriad ways. She has always taken on the challenges of creating opportunities for herself, developing formats that exist outside the box. In addition to being an on-air-host she is an author, a writer, emcee and moderator. In 1995, she was hired by WBGO, Newark, 88.3FM to host Sunday Morning Harmony, where she now hosts Weekend Jazz After Hours, Salon Sessions and the Sunday Night Music Mix. Ms. Anderson has learned from the musicians whom she spins, ´I feel as though radio programming should function much like a live performance. My best shows happen when I am feeling completely free to move with a certain flow and program according to my emotions´, Ms. Anderson explains.

These are not the words of some novice who just likes jazz music. Nor has she simply offered platitudes about Eulis´ passing.

Instead she has recalled him as ´calm, cool and collected, Eulis was a quiet man with a keen sense of humor, well-liked and always ready to lend an ear. When engaged in conversations that interested him, he could become animated — but if things got heated, he’d politely step away. Always ready with his pleasant smile, he possessed an even temperament and was not easily rattled´.

His wealth of experience with artists such as Joe Henderson, Regina Carter and Gary Bartz gave him an insight and passion that frequently emerged in his work. Not only was he a friend and mentor, he was also a colleague. At WBGO, Eulis hosted the Sunday Night Music Mix that I now host as his successor. I learned early on that he had a loyal following, and that I had some large shoes to fill´.

Before going national in radio, Cathey had also developed a parallel career as a record company executive. Between 1987 and 2003, he was variously employed as a staff promoter, producer, and artists & repertory representative at Island, Virgin, Atlantic, and Verve Records and at N-Coded Music. He also accepted freelance consultancy work for these and other record labels. Although he frequently worked in the urban and contemporary jazz markets, Cathey always maintained a passion for straight-ahead jazz.

JazzTimes reminded us that he once told interviewer Bret Primack that “it has always been something that I felt enriched my life. It is something that affected me on an emotional and artistic level that I think has been hard to find in any other art form. … I couldn’t actually imagine not having jazz or radio as a part of my life. … That’s why I enjoy presenting it to people.´

Eulis Merle Cathey, Jr. was born June 13, 1953 in Buffalo to Eulis Cathey Sr., a case worker in the Erie County Department of Social Welfare, and the former Ruth Houston, a teacher. Cathey Senior had grown up in the southwest and had been a singer in the 1940s, working in a vocal quartet and on one occasion singing with opera star Marian Anderson. He passed his musical interest on to his namesake son.

Eulis Jr. graduated from Buffalo’s Nichols School in 1971 and matriculated that fall at the University of Dayton in Ohio. It was here that he began his broadcasting career, hosting a jazz show at the university station WUDR. After completing his degree in communication arts, Cathey became the promotions director at WDTN-TV, the NBC network affiliate in Dayton. After only a few years in television, however, Cathey returned to his hometown and to radio, becoming the overnight jazz disc jockey at radio station WEBR.

Cathey stepped over into the record industry in 1987, when he moved to New York City and joined the promotions department for the Urban Music division of Island Records. He then held a similar (regional) position at Virgin Records before becoming an A&R director at Verve/PolyGram in 1990. While at Verve he also began working as a producer, and in that capacity was a Grammy nominee for his work (co-producing with Bill Cosby) on the 1992 Jimmy Heath album Little Man Big Band.

After spending the following decade decade in the record industry, working in promotions first for Atlantic Records, then for N-Coded Music, Cathey returned to radio in 2006 when he took the Sunday-night slot at WBGO. His program, The Sunday Night Music Mix, continued until 2017.

In addition to his sister, Cathey is survived by his mother, Ruth Houston Cathey; three devoted nephews; and a great-niece. Funeral arrangements are pending.

The prime source for this article was an article supplied by feedpost, the listings provider of jazz media contents to an article by Michael J West, in JazzTimes. He is a jazz journalist in Washington, D.C. In addition to his work on the national and international jazz scenes, he has been covering D.C.’s local jazz community since 2009. He is also a freelance writer, editor, and proof-reader, and as such spends most days either hunkered down at a screen or inside his very big headphones. He lives in Washington with his wife and two children.

He and his colleague Susana Fondon, also to be found on-line, at

About Us – Lanzarote Information

are two of the four founder members of Joined Up Jazz Journalists (JUJJ). From a base here on Lanzarote they formed a synergy with two other founders from the UK. Gary Heywood-Everett is a jazz historian and researcher and occasional contributor these pages and Steve Bewick is a jazz writer and radio presenter of Hot Biscuits on www.fc-radio.co.uk

JUJJ have a mutual enthusiasm for jazz and wish to continually grow their knowledge of the genre. This will better enable them to provide original and archival jazz news, previews, interviews and reviews as a not-for-profit service to their readers and listeners. The four members of JUJJ delivered the virtual annual Sidetracks & Detours Joined Up Jazz Festival in March 2021.

There many more jazz articles to be featured in Sidetracks & Detours over the coming months.

On Friday 14th May 2021 look out for the live post here on Sidetracks & Detours of Waiting To Exhibit, in which Steve Bewick offers us a virtual glimpse of his debut exhibition, postponed and long delayed by covid, of some impressive visual art works. Waiting To Exhibit will then remain in our ´visual arts´ archives.

OF MEN AND WOMEN AND MICROPHONES