Blog
You are here: Home1 / Blog2 / Music3 / TRAVELS WITH A TROMBONE 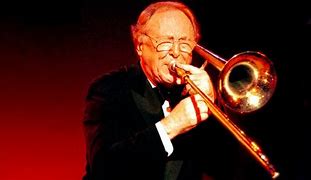 TRAVELS WITH A TROMBONE

The trombonist, bassist, and bandleader, Chris Barber, was a key figure in the evolution of not only British jazz but also, some would argue, British rock and roll.

It is true that He was certainly crucial in Britain’s trad-jazz revival of the nineteen fifties and he helped pave the way for rock’s ´British Invasion” led by The Beatles, a decade later. One of this country´s best love musicians, Chris Barber died in his sleep on March 2nd 2021 only six weeks shy of his 91st birthday.

His death was announced on Twitter by his recording label, The Last Music Company, announced his death on Twitter´and the sad news was first reported in the U.K. newspaper The Guardian. Although cause and location of death were not disclosed it was known to his family, friends and to many fans that Barber had been struggling with dementia for at least two years.

Dubbed by the British music press as one of  The Three B’s, along with clarinetist Acker Bilk and trumpeter Kenny Ball, he nevertheless generally worked separately. However, it is indisputable that they were collectively responsible for revitalizing the sagging fortunes of traditional New Orleans jazz following the Second World War. Barber’s playing, in particular, was remarked on for its authentic New Orleans flavour, making his music a transatlantic success. His 1959 recording of Sidney Bechet’s Petite Fleur was a Top 5 hit in both the U.K. and the United States. He toured with his band in the U.S. that year to sell-out crowds, earning the sobriquet of ´the man who brought Trad back to America.´

If his influence on British jazz was formidable, his influence on British rock & roll was, however inadvertently, formative. When employing banjo player and vocalist Lonnie Donegan in the fifties he allowed Donegan, and several other band members, to perform American folk and blues songs as his intermission act, playing in a style known as skiffle. These interval-platforms launched a national craze that inspired thousands of teenagers (including John Lennon and Paul McCartney) to begin playing music.

Barber even mentored guitarist Alexis Korner, later to found the seminal group Blues Incorporated—and fulfilled the young musician’s entreaty to sponsor British tours for American blues and R&B artists. This was the spark of ignition to drive the British ´blues boom´ and the emergence of UK rock ´n roll.

´Without Chris Barber,´ said former Rolling Stones member Bill Wyman, “´the Stones and the Beatles would not have (become what they became)´.

As these moves suggest, Barber’s trad credentials did not preclude a willingness to experiment. In addition to Donegan and Korner, he controversially hired blues guitarist John Slaughter in the sixties, and later also worked with former Fairport Convention guitarist Roger Hill.

In the 21st century he expanded his seven-piece band, already unconventional due to its use of two clarinets and Slaughter’s electric guitar, to eleven pieces with a third clarinet, a second trombone, and two trumpets. The Big Chris Barber Jazz Band notably incorporated into its book tunes by the likes of Joe Zawinul, albeit played in pre-war styles.

Speaking to London Jazz News as recently as 2018 Barber suggested that ´jazz is fascinating because it gives people the chance to add their own ideas to music´ Barber told London Jazz News in 2018 in a phrase that in many ways explained  his idiosyncratic approach and choices.

´Perhaps some people underestimate the creativity that went into some original jazz masterpieces but working as a band you find out what possible adjustments can be done to make a tune sound right and how to stretch out the bits that are important.´

Born Donald Christopher Barber on April 17, 1930 in Welwyn Garden City, a small town in Hertfordshire, England, he grew up in London, attending a school at which his mother was headmistress, where he began his musical explorations at the age of seven with violin lessons. When World War II brought frequent air raids to the capital, however, Barber was evacuated to a boarding school in the west of England, where he first heard Coleman Hawkins’ Body And Soul and quickly became a jazz fanatic and record collector.

After the war, he returned to London and began spending his free time in the capital´s jazz clubs. It was at one of these, the Humph Club, that he one night bought a battered trombone from one of the musicians in residence and began teaching himself to play. When he left school in 1948, he enrolled in London’s prestigious Guildhall School of Music, where he studied trombone for three years. In 1949 he formed his first band, the New Orleans Jazz Band, featuring himself and fellow Guildhall students (including Korner).

A later band, founded in 1952, subsequently gained success after Barber hired star trumpeter Ken Colyer and dubbed the group Ken Colyer’s Jazzmen. Despite its name, Barber remained the leader, and when Colyer left in 1954 it became the Chris Barber Jazz Band. To fill the empty chair, Barber enlisted Northern Irish singer Ottilie Patterson, whom he would marry in 1959.

The band’s first album under Barber’s name, New Orleans Joys, featured Donegan performing Leadbelly’s Rock Island Line in the skiffle style; the track (on which Barber played bass) became a massive hit, kick-starting a solo career for Donegan and also catapulting Barber’s band to a lucrative touring career in the U.K. They became a favourite concert draw, recording several live LPs in the ’50s before their recording of Petite Fleur became a top three U.K. hit in its own right. In the United States it rose to number 5, prompting the first of many successful American tours.

Though Acker Bilk would eventually out-chart Barber with his 1961 Stranger On Tthe Shore, Barber remained the most reliable seller among the Three B’s and trad in general. When the revival spawned It´s Trad, Dad, a film, released in 1962, his band enjoyed a prominent role. They were also a top ticket draw throughout continental Europe, especially popular in Scandinavia. Though Barber’s experiment with Slaughter coincided with the rise of British rock in 1964, he never really abandoned the trad jazz that had made his name, preferring to remain faithful to the New Orleans tradition. Even so, he made gestures toward current trends: In 1967, his band recorded Cat Call, a (lesser-known) Paul McCartney composition.

Barber continued to lead his band through the decades, balancing his eccentric ideas with trad conventions, and bringing several long-time collaborators along for the ride. Among others, trumpeter Pat Halcox, a founding member of the Chris Barber Jazz Band, remained with him until 2008, Slaughter until 2010.

In 1991 Barber was awarded the Order of the British Empire; but it would be almost another quarter of a century before his autobiography, Jazz Me Blues, was published. He finally retired in 2019 at the age of 88—70 years after he had founded his first band—with the onset of his dementia.

Trombonist Chris Barber, who passed away on March 2nd, aged 90 was a pivotal figure in the shaping of modern rock music, from playing bass on the first British rock record, Rock Island Line with Lonnie Donegan in 1954, to organising tours of the U.K. by many major US blues artists.

That he crossed borders and took many sidetracks & detours, though, was emphasised by a tribute from Mark Knopfler, guitarist and singer-writer of British pub rock with Dire Straits, Americana music with The Notting Hillbillies, beautiful film scores for movies like Local Hero and creator of pretty, but gritty country with Emmylou Harris

´I have happy memories´, said Knopfler, ´of getting to know Chris as well as playing with him when he was a guest of The Notting Hillbillies at Ronnie Scott’s in 1998.’

Mark Knopfler also wrote and recorded a brilliant, jumpy track called Donegan´s Gone as a tribute following the death of Lonnie Donegan, that is one of the on my favourite recordings on my playlists.

Barber’s marriage to Ottilie Patterson was the second of four; she predeceased him in 2011. He is survived by his fourth wife, the former Kate Gray, and two children from a previous marriage, Christopher Barber Jr. and Caroline Barber.

Sources for this story include an article by Michael J West in Jazz Times. Described as ´your source for all things jazz´ can be found at https://jazztimes.com

I was directed to it by feedpost, a fast, free, modern RSS Reader. Its a simple way to track all your favourite websites in one place. You can find out more about feedpost.and its subscription newsletter at https://www.feedspot.com

You can hear Gary and Steve presenting Hot Biscuits at www.fc-radio.so.uk

You can also read archived articles by Susana and Norman at Lanzarote information by following links in the site´s subscription newsletter.

JUJJ was formed to better able the writers to share their enthusiasm for Jazz and to help grow their own knowledge of the genre.

Sidetracks & Detours was established in 2019 and seeks to deliver news, previews, interviews and reviews on all arts genres, including jazz, from around the world. Steve, Gary and Susana are frequently featured and Michael Higgins delivers regular contributions as our correspondent for culture and tradition.

Why not visit https://aata.dev and search our archives of categories that include cinema, circus, culture and tradition, dance, education, entertainment, literature, music and performing arts, poetry, protest and visual arts as well as essays from a number of guest writers.

If you wish to submit articles such as news, interviews, previews or reviews the arts please deliver in a Word document to normanwarwick55@gmail.com

All work received will be acknowledged and will be fully attributed on publication. Should you wish to include a brief autobio, and a jpeg photograph please feel free to do so. We look forward to hearing from you.

THE WORLD ALL STOPPED TO WATCH IT