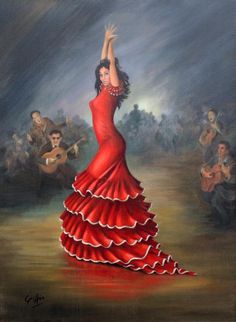 After listening to flamenco fusion musicians

Norman Warwick offers you another glass of

Angela Olive Pearce, who published under the name Angela Carter, was an English novelist, short story writer, poet, and journalist, known for her feminist, magical realism, and picaresque works. She is best known for her book The Bloody Chamber, which was published in 1979. In 2008, The Times ranked Carter tenth in their list of “The 50 greatest British writers since 1945”. In 2012, Nights at the Circus was selected as the best ever winner of the James Tait Black Memorial Prize.

Once I had spent a few seconds, as a fifty year old so-called mature student struggling in the second year of my degree in English Language And Literature at The University Of Leeds in 1990, trying to come to terms with this juxtaposing of old and new, what Carter meant became clear, and the shades I had worn for many years fell from my eyes. Perhaps, that isn´t strictly accurate. It felt more as if Carter´s observation had clarified for me some long held belief I had always struggled to articulate. On reading her argument I realised I had always loved maverick artists who pushed the boundaries and who created the new from found objects of the old without disrespecting their antiquity.

Angela Carter (left) had also said that writing, for her, was an act of absolute fear (of not knowing the rules). I know I am not alone among my fellow aspirant writers in feeling the same way but I have always preached to members of the writing groups I have facilitated that you must first know the rules before you can break them. I have, though, met many fine writers for whom ignorance of the rules has actually been bliss and has enabled them to ´show don´t tell´ in a freehand unbound by margins and footnotes and references.

So, too, with all art forms, particularly music. The best ´new´ music almost always sounds like the gurgle of new wine being poured from old bottles. What we refer to as fusion music is invariably created by alchemist-musicians who know all the old ingredients and are not afraid to mix them with new but unproven instruments, unlikely styles and almost indiscernible influences. Not only have jazz and rock musicians advanced their own art forms in this way but also, too, have performers of specific music genres such as flamenco.

And here on Lanzarote we have an artist, Antonio De La Rosa, steeped in that flamenco tradition, currently touring the island with his own fusion group, proudly asserting itself by its name as Flamenco Fusion, seeking to restore the music to is previous levels of popularity.

Spanish Gypsies could be described as an often misunderstood and even misrepresented people, but flamenco has always lain at the very soul of their culture. On line ethno-musicologists suggest that over the past few years there has been a revived interest in the notion of ´gypsy´ music, especially amidst the middle-Eastern dance community. This would seem to be another example of my long held certainty that creative fusion amongst the art disciplines can lead to artistic evolution.

Over here the term gypsy, which some scholars believe is rooted in the Spanish word for Flemish soldiers who once patrolled the Spanish Belgian borders, has these days become synonymous with ´gitano´(gypsy) in the Spanish Romany language or dialect.

It was over a thousand years ago that there was a massive exodus from the Punjabi region of India, believed to be comprised of the so-called Untouchable caste that included those occupied as animal traders or animal trainers, acrobats, dancers, musicians, palmists and metal workers.

I have no empirical evidence of this, but I would assume this relates in some ways to the world´s ambivalent attitude to circus even into the twenty first century.

What we do know, though is that this mass exodus eventually split into at least two major routes, one of which can be traced as having moved westerly across Asia and the European continent, including Spain. Recorded accounts of Beticos, another name for Spanish Gitanos, can be found in writings from Barcelona dated around 1450.

A second route of the exodus, although not as easily traceable, is thought to have carved through North Africa including Egypt and up into Southern Spain or Andalucía via The Straits Of Gibraltar.

Support for the likely existence of such a route is lent by the fact that Southern Spain was part of the Islamic Empire for around eight hundred years.

After settling in their particular regions these ´gypsies´, a term still too often seen as a pejorative term in many languages, became victims of The Spanish Inquisition. Persecuted and isolated they passionately protected their culture and managed to preserve the purity of their music and dance.

A leniency act in 1782 turned out to be blessing and a curse for these gypsy people, as it not only restored some measure of their freedom to their own way of a somewhat nomadic life but also opened the doors to the general population of Spain to assimilate and disseminate this flamenco music and dance. Even today, some two hundred and fifty years later, a great exploration and evolution of that art form continues.

Because the dance is the most visible, and perhaps the most parodied, part of the art form, it is often overlooked that flamenco originally consisted only of singing. The songs were supported by a complex hand-clapping  style known as Palmas and also by occasional knuckle-rapping percussive sounds. The guitar, which is actually an offspring of the Arabic Oud musical instrument was only gradually incorporated into flamenco music during the nineteenth century.

Only a week ago we heard the extraordinary sounds of veteran flamenco musician Antonio De La Rosa with his new (and still fluctuating) line up of Flamenco Fusion. His band, with him leading on classical guitar, consists of a  sensuous sax player, a violin virtuoso, two beat-box players and percussionists and two males and two females as extravagant backing vocalists as well as a furious flamenco dancer. Together, under Antonio´s proud, even whilst ever watchful, eyes they are re-contextualisng the flamenco movement that has been so mimicked and even mocked and overwhelmed by the world´s tourists industry, back in its deserved and legitimate place as part of the new world music order.

Their concert contained show-case beat-box challenges in which the two percussionists would compete with, but always complement, the rhythms of the other, The four backing singers  seemed to be playing characters in a night club or public bar audience at an evening of flamenco music making spoken and sung insertions that seemed gender led. The saxophone and violin seemed to me unlikely bedfellows in a flamenco outfit, and indeed the violin player reminded me of Bobby Valentino (left) who once played swing fiddle with Hank Wangford And The Lost Cowboys, (a band who themselves definitely poured new wine from old bottles of country music) These two musicians seemed to perfectly blend with the beat-box rhythms and also with the perfectly picked and savagely strummed staccato guitar of Antonio.

Being familiar with Punjabi singing, at least as delivered by musicians in Rochdale´s Asian population I could distinctly hear its echoes in this flamenco fusion and, too, the Jewish synagogue chants I used to hear in the Cheetham Hill (Shabby Tiger) area of Prestwich, whilst growing up in the Manchester area of the UK. I have even become used, over here, to some of the regional folk forms of Andalucia and they, too, could be identified in the mix, though I lack the awareness to have identified the more classical sound form the Andalucian Orchestras of the Islamic Empire that experts tell us is also part of flamenco music. Nor would I know a Persian Zyriab song form if I heard it, or Mozarabic musical forms such as Zarchyas and Zamba. The flamenco sound also carries Fandango rhythms and there are also Western African influences of the slave colonies of New World Caribbean and Central and South America.

It is not known with any certainty when and where dance became so centrally incorporated into flamenco music but it is thought that in Cadiz, during the Phoenician Empire, Hindu dancers would be hired as festival entertainers and that aspects of their dancing were incorporated into local processions and religious celebrations.

Elements of the dance of that era, such as sharp angles of the body and arms, splayed fingers, rapid turns and, of course, the perpetual percussive foot movements are certainly still evident in the flamenco of the modern day.

The body sway and shimmy that is such a feminine element of Middle Eastern dance is non-existent  in flamenco and would seem to be the very opposite in attitude to the much more masculine characteristics of flamenco even as delivered by feminine exponents of the art.

Certainly the lead female dancer of Antionio De La Rosa´s flamenco fusion delivered her steps with a sense of defiance and dominance that was surely making some point about gender issues.  With the elegant outfits worn by the female flamenco dancers being so figure-constricting as to disguise their feminine form and with the frequent signs of anger, even if a contrived expression, we seem compelled to reflect in some way on a patriarchal community.

What Antonia De La Rosa is creating with his flamenco fusion colleagues is a new, modern sound that can exist contemporaneously with much of the world music being created today. With his love of the genre, the energy he brings to it and his obvious careful recruitment of like-minded musicians he is advancing the flamenco music of over a thousand years ago into a new world, to a new audience, to be pro-active and reactive with not only other music but also other art forms.

It might prove to be as difficult a journey as for those who took part in that long ago mass exodus found theirs to be, but he has prepared his music for light years of travel. It is bright, breezy, energetic and sometimes sublime and subdued and moody. No audience member could help but be enthused by the obvious enjoyment of  his musicians and the new wine they are pouring already has a vintage taste.

ANDRA DAY & BILLIE AND THE BLUES