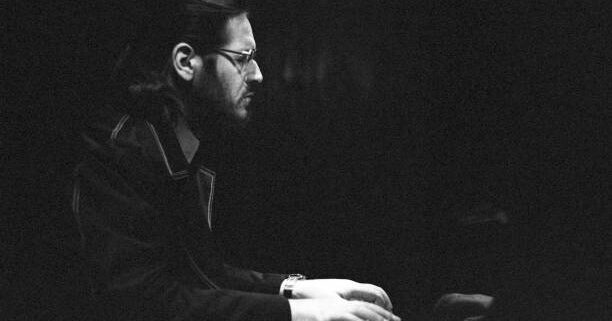 overheard speaking on Straight No Chaser by Norman Warwick

Our cover picture, above, shows American jazz pianist and composer Bill Evans performing at Jazzhus Montmartre, Copenhagen, Denmark, 1973. (Photo by Ib Skovgaard/JP Jazz Archive/Getty Images). We have featured Bill Evans previously on these pages and have even ´called in´ at the club named after him in South Korea

When I recently followed a link to a feedspot recommendation I found myself listening to Straight No Chaser, a podcast of interviews, album reviews and musical features on jazz’s greatest performers of today, yesterday and tomorrow. On this podcast, number 709. apparently. hosted by Jeffrey Siegel and began to listen to the presenter putting questions to Zev Feldman, who is, it seems, quite a frequent guest on the show. Also known as The Jazz Detective, Zev has helped bring to light some of the finest unheard music played by jazz masters from John Coltrane to Bill Evans to Sonny Rollins. His projects can be found on a number of labels, but most often on Resonance Records, a division of Rising Jazz Stars, Inc. a California non-profit corporation created to discover the jazz stars of the future and advance the cause of jazz.

Record Store Day 2020 found the release of a series of albums that rival the best that Feldman has ever worked on. Drawn from Jack DeJohnette’s personal archives, Live at Ronnie Scott’s comprises 20 scintillating tracks captured during the Bill Evans Trio’s month-long 1968 residency at the eponymous saxophonist-impresario’s Soho club.

Recordings by the Bill Evans-Eddie Gomez-Jack DeJohnette line-up are as prized as they are rare. DeJohnette was an especially simpatico accompanist for Evans, for he had been a pianist himself before taking up the drums. Despite their chemistry, The trio, despite an obvious chemistry, played together for little longer than six months. During their stay at Scott’s, Miles Davis stopped in to check out the band, and the trumpeter swiftly recruited DeJohnette for his new group. That group, of course, helped change the course of jazz by plugging in and becoming one of the great electric bands of all time. By the end of 1968, Marty Morell was hired by Evans as his replacement, and he drummed behind the pianist through 1974.

At the same time as Live at Ronnie Scott’s, the album appeared, so did Rollins in Holland: The 1967 Studio & Live Recordings, a 3 LP-2 CD release from the legendary Sonny Rollins. The material is comprised of three different previously unissued performances with bassist Ruud Jacobs and drummer Han Bennink in May of 1967 at Vara Studio in Hilversum, the Arnhem Academy of Visual Arts in Arnhem, and a televised performance at the Go-Go Club in Loosdrecht. This represents a fallow period in Sonny’s career, as he did not record for years after his short stint at Impulse Records, so to find these performances is a real boon for jazz fans.

Completing something of a Holy Trilogy was Love You Madly: Live At Bubba’s from pianist Monty Alexander. Performing with an augmented trio of bassist Paul Berner, drummer Duffy Jackson, and percussionist Robert Thomas, Jr., Monty had been recorded by Mack Emerman, legendary founder of Miami’s Criteria Recording Studios on his mobile truck. The tapes were given to Alexander some time after the 1982 gig and had remained in his personal archives until now.

Podcast 790 is a conversation between presenter Jeffrey Siegel and Zev The Jazz Detective about these three releases, as well as a preview of some new material coming out this year.

Musical selections include two songs from Live at Ronnie Scott’s . the first of two versions of You’re Gonna Hear From Me and For Heaven’s Sake; from Rollins in Holland we hear Miles Davis’ Four and from Love You Madly – Live at Bubba’s comes Monty Alexander performing Swamp Fire.

The music and chat is warm and comfortable in its knowledge of its genre, and it is almost immediately obvious from Siegel’s confidently soothing tones just why this podcast series, Straight No Chaser, is the place for jazz experts, jazz lovers and jazz novitiates like me who will soon become jazz lovers. It is a place of excellent music and excellent performers which must be at least part of the reason it won the 2017 JazzTimes Readers´ Poll For Best Podcast. Host Siegal takes us inside the world of jazz, from the remembrances of jazz legends to the new releases and to the best of Jazz Festivals.

Maybe our annual Sidetracks & Detours virtual Joined Up Jazz Festival might one day receive a mention on the podcast. That I think is certainly a new aspiration that continues to grow, ´exponentially´ as the scientists say, even after listening to the programme.

Following Siegel’s comprehensive introduction of the three albums that would be under discussion, about their rarity value in particular, he handed over to the so-named Jazz Detective, to expand on their stories.

´The Bill Evans Trio, its 1968 set up, playing live at Ronnie Scott´s was not heavily recorded. The line-up was Eddie Gomez on bass and Jack DeJonnet on drums and the music hasn´t previously been available because the tape comes from the drummer´s personal archives,´  Feldman began. ´Its not been heard before because even Jack only re-discovered it a short while ago. We were working on something else together in 2016 when Jack re-discovered the music and he tried to transfer it to me see what I thought but unfortunately what I heard on the tape was not in a condition, or of a sound-quality, to be viable for release.´

Quite a while later, when we listened together top the tape on a multi-track machine he had at home and we came to realise at this time, in 2019, voila, the music was there and it came right out and it was a major revelation. There was quite a bit of Bill Evans stuff already out there but he had a lot fans and most of them knew all about the four week stint at Ronnie Scott´s and started to enquire about what was available. I was being asked about it all the time, until a gentleman I was working with in 2018 or so arranged for me to meet up with the musician and have a listen to his archives and it was in that meeting that I first heard this stuff, and it was like WOW, because it was a snapshot of an important time in jazz history. That trio was so short-lived. They were together for only six months and it seemed important to have a record of that period and so we listened to it again, and evaluated it, and Jack decided that it should come out.

That set us off on a journey that brought us here, and it has been really exciting. It seems that all these kind of journeys have their own narratives that somehow link up. There´s a very raw energy in this recording and this is what it sounded like to people who were there in the audience. If you listen a lot to Bill Evans’ music you come to know that each trio sounded a little bit different and this one was certainly distinctive, and Jack certainly had his own percussive style, and how that style shape3d the sound of that trio and they always sounded very relaxed, as they do on this recording. Jack told one interviewer at the time that he thought that might have stemmed from Ronnie Scott´s being a four week booking, giving the trio the chance to settle in, to acclimatise to the room and its acoustics.

Asked by his very unobtrusive interviewer (Siegel) about what engineering or production he had needed to employ to render the sound viable Feldman replied that I´m not actually the best person to talk technically about this, but we decided the fidelity needed to be improved. We wanted to be judicious and look out for the legacy of Bill Evans, so there were some improvements made and some tracks we didn´t use at all because the recording of the sound was not of sufficed quality. We always want to make sure the best music is included and that was the caser here.

Mr Siegal points out that, as is the case with all Zev Feldman’s projects the presentation and packaging is excellent with the usual extensive liner notes and interesting interviews, and Live At Ronnie Scott´s includes an interview with ´Chevy Chase, of all people.´

Readers do not have to be jazz buffs to have heard of Chevy Chase and readers more familiar with our usual musical fare of Americana sounds might well remember the brilliant little video Chevey took part in with paul Simon for the latter´s video promo of You Can Call Me Al, from the Graceland album.

Mr. Siegal, of course, preferred to ask Zev to explain the connection between Chevy and Bill Evans.

´I was aware from previous enquiries,´ said The Jazz Detective, ´that Bill Evans and Mr. Chase had hung out together as friends at one time and I wondered about that, and I reached out, and Chevy´s wife went out of her way to fix up an interview and invited me into their home. Mr. Chase and I talked for ninety minutes and he opened up to me about how he and Bill went back to playing in the village band parks in the nineteen sixties. Some people might not realise that Chevy plays piano and is a drummer and went to college with Donald Fagen out of Steely Dan. Chevy´s a renaissance kind of guy. He beyond being a great comic and actor he´s musically excellent, too. So, we had this great conversation about Bill Evans and his times and his music, for about an hour and half, and we ended up with this wonderful interview that gives us a great insight not only into Bill Evans but also Mr. Chase, too.´

Presenter Jeffrey Siegel then played a second track from the Bill Evans Live At Ronnie Scott´s treasure-trove, before moving on to talk with this great Jazz Detective about similarly-styled releases Sonny Rollins In Holland and love You Madly Live at Bubba´s. Mr. Feldman then spoke as eloquently and compellingly about each of these two albums as he had about Bill Evans Trio Live At Ronnie Scott´s.

Rest assured, though, that Sidetracks & Detours will include his comments on these recordings in forthcoming posts.