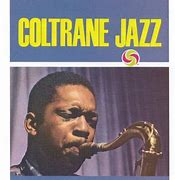 JOHN COLTRANE AND HIS LOVE SUPREME

part 1 of the inaugural  S & D Joined Up Jazz Festival

in association with Hot Biscuits

By Steve Bewick, a joined up jazz journalist

A Love Supreme is an album by the American jazz saxophonist John Coltrane. He recorded it in one session on December 9, 1964, at Van Gelder Studio in Englewood Cliffs, New Jersey, leading a quartet featuring pianist McCoy Tyner, bassist Jimmy Garrison, and drummer Elvin Jones.

The recording was released by Impulse! Records in January 1965. It was one of Coltrane’s bestselling albums and one of his most critically acclaimed. It is widely considered his masterpiece, as well as one of the greatest albums of all time.

A Love Supreme is a through-composed suite with four parts:

(This includes the oral chant that gives the album its name),

Coltrane plays tenor saxophone on all parts. One critic has written that the album was intended to represent a struggle for purity, an expression of gratitude, and an acknowledgement that the musician’s talent comes from a higher power.  Coltrane’s home in Dix Hills, Long Island, may well have inspired the album. Another influence may have been Ahmadiyya Islam.

The album begins with the bang of a gong and cymbal washes on the first track, Acknowledgement. Jimmy Garrison enters on double bass with the four-note motif that lays the foundation of the movement. Coltrane begins a solo. He plays variations on the motif until he repeats the four notes thirty-six times. The motif then becomes the titular vocal chant of A Love Supreme, sung by Coltrane accompanying himself through overdubs nineteen times.  According to Rolling Stone, this movement’s four-note theme is ´the humble foundation of the suite´.

In the fourth and final movement, Psalm, Coltrane performs what he calls a ´musical narration´ although Lewis Porter calls it a ´wordless recitation´. The devotional is included in the liner notes. Coltrane plays the words of the poem on saxophone but doesn’t speak them. Some scholars have suggested that this performance is homage to the sermons of African-American preachers. The poem and, in its own way, Coltrane’s solo, ends with the cry, ´Elation, Elegance, Exaltation, all from God, thank you God. Amen.´

Released in January 1965 by Impulse! Records,A Love Supreme became one of the most acclaimed jazz records and contemporary critics hailed it as one of the important albums of post-war jazz. By 1970 it had sold about 500,000 copies, far exceeding Coltrane’s usual sales of 30,000, although it never charted on the Billboard 200. It has become regarded as Coltrane’s masterpiece and is ´without question Coltrane’s most beloved album´, according to Robert Christgau, (left) who adds that it “cemented ‘Trane’s divine status in Japan.´´

A Love Supreme was widely recognized as a work of deep spirituality and analysed with religious subtext, although cultural studies scholars Richard W. Santana and Gregory Erickson argued that the ´avant-garde jazz suite´ could be interpreted otherwise.  According to music professor Ingrid Monson of Harvard University, the album was an exemplary recording of modal jazz.  Nick Dedina wrote on the Rhapsody web site that the music ranged from free jazz and hard bop to sui generis gospel music in ´an epic aural poem to man’s place in God’s plan´. Calling it a ´legendary album-long hymn of praise´, Rolling Stone said that ´Coltrane’s majestic, often violent blowing (famously described as ‘sheets of sound’) is never self-aggrandizing´ and that he is ´aloft with his classic quartet, soaring with nothing but gratitude and joy´ on a compelling journey for listeners.

The Rolling Stone Jazz Record Guide (1985) said ´each man performs with eloquence and economy´, while calling the album, ´the masterpiece from the quartet’s studio work´ and ´the first comprehensive statement of Coltrane’s spiritual concerns and the cornerstone of many Coltrane collections´.

On the other hand, jazz critic Tom Hull said that he not so much considered the album ´spiritual´ but rather as ´the most perfectly plotted single piece of jazz ever recorded´.

A Love Supreme has appeared frequently on professional listings of the greatest albums. In 2003, it was ranked number 47 on Rolling Stone’s list of the 500 greatest albums of all time and maintained that rating in a 2012 revised list. NME ranked it number 188 on a similar list ten years later.

The manuscript for the album was included in the National Museum of American History‘s Treasures of American History collection at the Smithsonian Institution (see logo right). In 2016, the album was selected for preservation in the National Recording Registry due to its ´cultural, historic, or artistic significance.´ It became Coltrane’s second album to be included, following Giant Steps in 2005. A Love Supreme was included in Robert Dimery’s 1001 Albums You Must Hear Before You Die.  It was voted number 85 in the third edition of Colin Larkin‘s All Time Top 1000 Albums (2000).  Based on such rankings, the aggregate website Acclaimed Music lists it as the 61st most acclaimed album in history.

According to Joachim-Ernst Berendt, the album’s hymn-like quality permeated modern jazz and rock music. As Christgau explains, the record was adored by American hippies from The Byrds (of their Eight Miles High period) and Carlos Santana on down and also served as theme music to Bangs’ wake. Musicians such as Joshua Redman and U2, who mention the album in their song, Harlem, have spoken of the influence of the album on their own work.

Both Santana and fellow guitarist John McLaughlin have called Coltrane´s album one of their biggest early influences and recorded Love Devotion Surrender in 1973 as a tribute.

´Every so often this ceases to be a jazz record and is more avant-garde contemporary classical,´ said Neil Hannon of the band The Divine Comedy (see right) . ´I love the combination of abstract piano that’s all sort of ‘clang’, and weird chords with wailing saxophone over the top.´

In The Penguin Guide to Jazz,  Richard Cook and Brian Morton gave A Love Supreme a rare “crown” rating but asked whether it was ´the greatest jazz album of the modern period. Or the most overrated?´

Miles Davis, Coltrane’s former bandleader, said the record ´reached out and influenced those people who were into peace. Hippies and people like that´.

´If a listener is “in the mood”, he wrote, ´A Love Supreme is majestic and compelling; if you’re not, it’s interminable and pretentious.´

In Gayford’s own appraisal for The Daily Telegraph, he argued that the album ´marked the point at which jazz, for good or ill, ceased for a while to be hip and cool, becoming instead mystical and messianic´.

Christgau, writing in 2020, said, ´it’s meditative rather than freewheeling, with each member of his classic quartet instructed to embark on his own harmonically mapped excursion and the title set to a chanted four-note melody you could hum in your sleep. I’m on my fourth consecutive playing with no signs of tune fatigue as I write, plus my wife loves it. All true, all remarkable. But how much you value it, I expect, depends on how much faith you place in your own spirituality.´

A Love Supreme can be found at https://youtu.be/ll3CMgiUPuU

This article was posted by

The Sidetracks & Detours inaugural Annual Joined Up Jazz Celebration in association with Hot Biscuits continues with our next daily post. This will be a special feature on another great blues / jazz artist, Bessie Smith, written by our editor Norman Warwick.

Don´t forget to listen to Hot Biscuits at www.fc-radio.co.uk

We are grateful to Jazz In Reading for their kind support and equally so to Jazz North and to Ribble Valley Jazz And Blues and look forward to delivering features on all three organisations in the weeks ahead.