Blog
You are here: Home1 / Blog2 / AATA3 / MUSIC ON SLOW RETURN TO NORMALITY 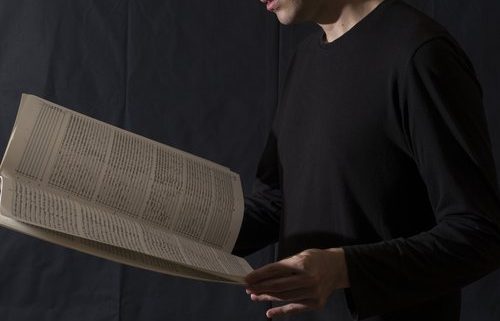 MUSIC ON SLOW RETURN TO NORMALITY

This was the first concert we have been able to attend for several, long months. It took place on Friday 13th November at the El Salinero Theatre in Arrecife on Lanzarote (see photograph below) and with such dates renowned as presenters of bad luck we had not been surprised when our tickets, which we had reserved on line at the ticket agency (none were distributed directly to customers) were then despatched to a wrong e-mail address. Further investigation showed this to be our error (it seems my wife, who did the ordering, doesn´t KNOW my correct e mail address ! ) but fortunately we had been able to put that right.

Strict covid protocols were observed on the night, with reduced theatre capacity enabling socially distanced seating after a comfortable but rigorous entry procedure of identification for track and trace purposes and face mask and hand sanitiser application had been undertaken. The concert began At 8.30 pm and lasted for sixty minutes, which represented excellent value when the tickets were free and would have still been excellent value had the tickets cost us twenty euroes each.

The Chamber Orchestra of the Auditorium of Zaragoza (“Enigma Group”) (see photograph below) has established itself as one of the most original and outstanding projects of those that have emerged in recent years in the Spanish music scene. It was founded by Juan José Olives, Canon conductor and composer, who was its artistic director and holder from the beginning of the orchestra until his death in 2018. Olives provided the group with its imronta staff and the idea around which Enigma has grown and continues to work.

Thanks to the auspices of the Auditorium of Zaragoza, the orchestra has carried out a constant work focused mainly on the interpretation and dissemination of 21st century music and that other strictly contemporary.

This Images concert revolved around the idea of music as an image generator, through the work of six relevant Spanish creators. Particularly noteworthy in tonight´s programme were Divertimento one of the last compositions of Carles Guinovart, who died last year, as well as the work Enigma by Nino Díaz, a composition written in homage to Juan José Olives.

The program was completed with works by Teresa Catalán, Carlos Suriñach, José Evangelista or Olives himself, from which his interesting Quintento was interpreted. This was a playlist that showed the genealogy of musical creation in Spain from the middle of the twentieth century to the present day.

Music journeys, though, on many light years of travel, from its creators to its players, through its reviewers and critics like me who manipulate it into new and different contexts to fit our own preconceptions and on to its thousands, maybe millions of viewers and listeners who each form their own interpretations often shaped by personal circumstance and social climate of the time of first hearing.

So, for this reviewer, delighted at seeing people in a theatre again, and basking in the hope that such a sight carried, this became a selection of music about the invisible, stalking terrors dropped upon us by covid; the separation from loved ones, the confinement, the sense of alienation caused by the necessary changes to our everyday lives of social distancing, hand sanitising and face-masks, the loss of employment and the scarcity of evenings such as these and the inevitable slow decline into the inertia of a desultory life punctured by moments of a hope that is never quite realised.

This was a concert that by any standards contained drama and pathos and expression but in the usually still and tranquil world of chamber music was like nothing I had ever seen.

There were never more than seven players under the conductor´s guidance and there were sometimes as few as two, as musicians exited the stage for some pieces and returned for others. The playing was quite superb, for it is as difficult to play discord as it is to play harmony. Each of the instrumentalists made their pieces sound as if they were sometimes seeking harmony or reunification with their fellow players and at others as if they were being deliberately separated from them, and the discords seemed to represent squeals of anguish. A percussive sound was frequently created, too, by a less than gentle pizzicato technique on the piano or violins or baby cello as well as complex hand-clapping patterns and rhythmic finger-clicking.

Your fanciful reviewer was hearing sounds of tumbling memories of happier times slowly conceding to wearying enforced solitary confinement. That two players seemed to simply down instruments at one stage, and wander to the back of the stage and play a game of ping pong in a disinterestedly pointless manner seemed to remind us of the longeurs of solitude or loneliness.

The above is to deride neither the quality of the music nor of its playing. There were many short, beautiful passages and even some lengthier runs of glorious melody, but the punctuations seemed constant, until the final piece of the evening when the three or four players who had strolled off-stage in the earlier sets now returned. There was a feeling of the dancing in the streets and in the fields and on the shorelines that is bound to occur if the current fight-back against covid enables us to once again travel freely.

Almost a dozen short dance pieces were played, conveying appropriate merriment, and ending this compelling performance on an optimistic note.

In the opening piece of the evening I was sure I was hearing a repeated but fractured refrain of My Favourite Things from The Sound Of Music, and I mentally noted that, as this refrain faded and somehow became less familiar, that this might be a reflection on how hard it has been during lockdowns to hold on to such memories of even our favourite things.

This final piece of the evening though, spoke of being reunited with each other, and of the joy of carefree conversation that has always been one of my favourite things. We weren´t quite dancing in the aisles yet, the covid is still too close, but we were nearly there and there was enough in this concert to suggest the time for dancing is not too far away.

And if you are wondering how on earth my interpretation had anything whatsoever to do with the composers´ original intent, allow me to try to briefly explain.

Among my favourite things are ´things that work´, that function properly and covid has surely forced us to re-evaluate the soundtrack that twenty first century industry and technology reassuringly provided in pre-coronavirus days. We thought of such sounds as familiar, but not, perhaps, musical and yet, after not having heard them for so long, players and audience embraced their strange musicality.

photo 3 All this was brought to life by Asier Puga, the ensemble´s music and artistic director.

At the age of only 31, he is also the music director of Ciklus Ensemble. Asier has been trained as an orchestra conductor with maestros like Peter Stark, Robin O’Neill and Howard Williams at the Royal College of Music in London, obtaining the highest mark (Distinction), and in Spain with Arturo Tamayo, Manel Valdivieso and Enrique García Asensio at the Higher School of Music of the Basque Country (Musikene).

In 2014 Asier made his debut as opera conductor with Armida by F. J. Haydn, and in 2015 he conducted the premiere of “Singularity”, the third opera of the English composer Michael Oliva. Asier has studied répétiteur with Maciej Pikulski. Due to his increasing interest about the voice, Asier has worked with many singers, such us Helena Orcoyen, Maria Ostroukhova, Eduardo Sandoval, among others. It should be pointed out that Asier worked with the English baritone and stage director Simon Butteriss, in his semi-stage production of Lieder eines fahrenden gesellen by Mahler and Brettl-Lieder by Schoenberg, at the Britten Theatre in London, meeting great success both from the public and critics.

Asier Puga has been assistant conductor of Robert Treviño and the Malmö Symphony Orchestra (Sweden) during their Beethoven Festival in 2019, in which the complete symphonies by Beethoven were performed and recorded. Further, Asier has been assistant conductor of the fourth production of Ópera de Oviedo during their 2019-20 season, with Will Humburg and Guy Joosten as music and stage director respectively.

Besides, Asier Puga has been assistant conductor of Peter Stark, Andrew Gourlay, John Wilson, Johannes Harneit, Michael Rosewell and Martin André, among others.

Asier was selected as one of the three conductors accepted to take part at the prestigious London Sinfonietta Academy 2016, where he received masterclasses from the renowned conductor Diego Masson and the memebers of the London Sinfonietta.

Due to his great interest about contemporary music, Asier has conducted the premier of 50 works as much in Spain as England, and he has worked with renewed composers such us Núria Giménez-Comas, Iñaki Estrada, Nuria Núñez, José Luis Campana, Mikel Urquiza, Lisa Illean, Benjamin Oliver o Cheryl Frances-Hoad, among others. Asier has written several articles about music and contemporary art for different magazines. Currently, he writes regularly for Sonograma Magazine, a Catalan magazine about musical thought, where he has a section titled New Geometries.

Tonight he unobtrusively led flute, oboe, cello, violin, viola, viocello and piano from a piece, Quintet, composed in the final quarter of the previous century, through to the Divertimento of 2019 into the Enigma that is 2020.

Composers, conductor and players deserved the ovation given at the end, and the audience filed out, guided by stewards, hoping and thinking that this might just be a new beginning.