Blog
You are here: Home1 / Blog2 / Literary3 / THE VOICE OF ANNE MURRAY 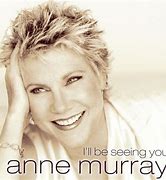 THE VOICE OF ANNE MURRAY

Not only do those artists who pay tribute to John Stewart have a special place in my heart, but so, too, do artists such as The Lovin´ Spoonful, who covered John Stewart compositions, in their case with a rocking version of never Going Back. Kate Wolf´s sublime version of Some Kind Of Love tugged at my heart, in fact still tugs at my heart and of course Joan Baez made Strange Rivers her own and The Monkees, although they almost lost their My Favourite Pop Group status with a version that was just too damned twee for words, had a massive commercial hit with Daydream Believer. Actually, better recordings of that song included a version of John´s own and another he recorded with Nanci Griffith.

It was, however, a recording by Anne Murray (right) that seemed the most radio-friendly version of the song. So, having enjoyed some of her previous records I was delighted that here was an artist I respected taking a track by a still relatively unknown songwriter, not simply because it was a commercial number, but also because it was a ´good´ song !

I felt when I heard her version that she had far more real empathy with the track than had Peter, Davy. Mike and Mickey, but that feeling evaporated quickly when I read an interview in NME or some such. Asked if she understood what Daydream Believer is about (isn´t the title something of a give-away?) she replied, that she had absolutely no idea and she doubted very much if ´the writer´ did either. So she damned with faint praise and omission of name a writer who had provided her with a sizeable hit. That sent her tumbling down my five thousand favourite artists list but somehow she hung around in my awareness and my affections. Her voice was gorgeous, her diction was great and her song selection pretty perfect,….of, course whether she understood the songs or not,…..

An autobiography, All Of Me. written with Michael Posner, is actually a brave self-portrait of Canada´s first great recording artist. This revealing autobiography does not only celebrate the successes she achieved bu also examines the price that had to be paid to achieve them. Snowbird was, if my memory is not dancing the time warp again, a big BBC Radio 2 hit, much championed by Terry Wogan, and Murray says in the book that it catapulted her in to a whole new universe. She says, however, that ´if I thought for a moment that I was really in control of events then I was deluded !´

That was perhaps true even from her childhood in the tragedy-struck coal-mining town of Springhill in Nova Scotia, Even as she moved into her successful career there were, she says, battles with record companies over selections for singles and albums, who won the battle over Daydream Believer, we wonder.

She struggled, too, to help band members with drink or drug dependency problems. She speaks of the divorce from her husband who had helped launched her career and her subsequent guilt and loneliness whenever her career forced her absence from her tweo youg children. She is particularly open about her grief at the deaths of two of her closest confidantes.. All this creates a must read autobiography.

To verify my facts for this piece I browsed some trusted web sites as I always do, but it was on stumbling into one about the best use of  Anne Murray Recordings In Film And On TV that I found a perfect description of what makes me, and millions of others, a fan of Anne Murray.

She had the kind of voice that you could stop, listen to, and just relax without any real effort. Those singers that can get a person to sit and listen without saying a word are rare in any generation since they have some silent quality in their voice that allows them to simply reach people on a level that’s not always possible since the average listener will remain guarded until they feel safe with the musician. With Anne Murray that sense of safety and comfort came pretty quickly and without any real effort as she just opened her mouth and let the words spill out in way that captivated her fans immediately.

That may well have been why she was so regularly a supplier of tracks for movies and tv programmes. Regular viewers will know that

Family Guy’s musical references usually come as a surprise whether they’re enjoyed or not, and sometimes they affect the characters directly. Stewie isn’t always the most emotional person when it comes to music since, let’s face it, he’s kind of a snob about a lot of things and doesn’t mince words when he really wants to cut someone or something down with his verbal jabs. But the moment he hears Anne Murray he’s transported to his most inner thoughts and given a reason to seem like a rather ordinary, calm and composed child. But then he opens his mouth again and we realize it’s still Stewie.

Nevertheless, it is still somewhat disconcerting There’s something inherently disturbing about hearing songs as beautiful and tranquil as Snowbird like this in a movie like Zodiac. The calmness of Anne Murray’s voice almost seems like a blanket that’s meant to cover up the idea that the Zodiac killer was absolutely brutal and unforgiving in his manner and didn’t really work on the same level as this song. But for all that the use of it is great since a softer song allows the violence in a movie to build up and up until it’s finally unleashed. At that point the jump scare is either at such a critical level that it’s going to make people scream or it means that the movie has reached a transitory point that allows people to think and possibly anticipate the worst.

travolta Urban Cowboy was one of the hit movies of its time and for a while it was the kind of film that people either wanted to emulate or just watched and then went on their way. It was a decent film and still stands as one of those for which Travolta will always be remembered. As a movie it was complicated enough when it came to relationship scale that it made for great drama, but it was also entertaining since mechanical bulls in movies seem to have an effect on people that’s kind of interesting. Something about the power and the skill it takes to ride a machine that can be cranked up to send you sailing through the air excites a number of people. The track Murray contributed to this soundtrack worked perfectly in the context of the narrative.

Anne Murray had a great studio-and-radio friendly voice and although pretty much retired from the business these days she deserves to be remembered for recordings that became embedded in the culture of more than one generation..

A PRINCE AMONG MUSICIANS