Blog
You are here: Home1 / Blog2 / Music3 / HIS NAME IS ON THEIR FLAMING LIPS 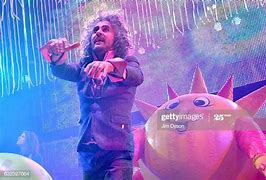 HIS NAME IS ON THEIR FLAMING LIPS

And so, for their latest album, American Head, the Flaming Lips pulled a thread of inspiration from the 2017 death of singer-songwriter Tom Petty and wove it into an imaginary alternate history about an American rock ‘n’ roll band whose orbit linked Petty and the Heartbreakers to the Flaming Lips

The first spark came days after Petty died in October 2017 as lead vocalist Wayne Coyne (left) watched a documentary about the late rock star that mentioned a stopover in Tulsa, Oklahoma — the Lips’ home state — in 1974.

´There, as the still-unknown Petty and the band Mudcrutch left behind their lives in Gainesville, Florida on their way to find stardom in L.A., the group that had yet to become Tom Petty and the Heartbreakers spent a few days in the studio, recording music that the public never heard,´ explained Flaming Lips singer.

What might have happened to those tracks, he wondered. Imagination took over from there.

And as I always say to members of my creative writing groups, ´when you have found that place where imagination begins its time to start writing!´

As Coyne further explained, ´Once I started to go down that kind of rabbit hole — what was that like? — I thought, ‘Well, maybe my older brothers and their drug dealer friends possibly — and this isn’t that far-fetched — visited them and sold them some pot or some acid, or, you know, something worse,´.

See where the Sidetracks & Detours lead when you don´t really know what you´re looking for?

´And that really did start me thinking about, let’s say that Tom Petty and the Heartbreakers, they fail because of this connection to drugs and the seedier side of Tulsa, Oklahoma,” he says. ´´And though they make some music, it never goes anywhere. They make this sad, drug-addicted, homesick album.

And the more I thought about that, and the more Steven (Drozd) and I talked about it, it’s sort of like, ‘We’ve got to make that record. We’ve got to become those people.’

Not, Coyne notes, that the Flaming Lips tried to sound anything like Tom Petty and the Heartbreakers on this record. American Head is a classic Lips album, a collection that slots neatly into the gentle, bittersweet feel of The Soft Bulletin or Yoshimi Battles the Pink Robots from the first decade of the 21st century.

´It’s just these characters you get to embody,´ he says of the perspective he, Drozd and the other five Lips occupy on the album. ´I think there’s a part of the Flaming Lips that is like singer-songwriter type of music, which I would say Tom Petty’s music is.

So that kind of helped us decide what the textures would be, and what the tone would be and the feeling. I think it’s a wonderful, mellow, sad but sort of, you know, beautiful, homesick kind of album now that we’ve come out the other side.´

Despite its fantasized origins, American Head might be the most personal album the Flaming Lips have ever written, its thirteen tracks reflecting history, obvious and obscured, from the pasts of primary songwriters Coyne and Drozd.

In Mother, Please Don’t Be Sad, Coyne imagines he died in an armed robbery that, in real life, he survived while working at a Long John Silver’s restaurant years ago. You n’ Me Sellin Weed is based on his life as a 16-year-old “hippie gangster.”

Dinosaurs On The Mountains, written after the 9-year-old son of a recording engineer requested a song about dinosaurs, is based on the shapes and shadows of trees at night that Coyne remembered from childhood on a cross-country family car trip.

´Steven doesn’t like to put his real life, as a documentary, into our music,´ Coyne says of the different approaches the two songwriters take.

´He’s doing it that it’s abstract enough that it isn’t naming names, and I think that’s because some of the things that he’s singing about, they’re just too devastating for him to put into words.´

Together, their contributions hopefully get to a universality of truth and emotion, Coyne says.

´And then us together, he knows that (I will add) words, and there’s going to be characters. It’s going to be a story. So I think all of our songs, in this way, are part Steven when he’s six years old, and then the next moment is me when I’m 17 years old, and the next is Steven when he’s 20. It’s just a quilt of these types of things that are all helping us tell this deep emotional story.´

On the deepest level, making music for the Flaming Lips requires tapping into an egoless naivety, a complete surrender to the song, Coyne says.

´A lot of times we’re making the music and we’re singing and we’re trying to have lyric ideas erupt out of us while we’re doing it,´ he says.

´Instead of, you know, going off in a corner and being smart and saying, ‘Oh, it should be about this, this will make us sound cool, and we’ll connect this and that. Because we kind of can feel what it is, but we don’t want our experience as songwriters to (mess) it up, ´ he says.

´We want to remain pure to that thing, to not have an agenda, and to not have an ego. I think that’s the hardest part of it. You have to go into it and say, ‘This song, I think I’m singing about my mother,’ and not be like, ‘Oh, I’m embarrassed about that, I should try to sing about something that’s cool.’ And just simply go with that thing that the music allowed you to feel.´

(In addition to Mother, Don’t Be Sad, the album also includes the song Mother, I’ve Taken LSD, a line Coyne remembers one of his older brothers confessing to the family matriarch one night in his childhood.)

In a way, this kind of instinctual nature of song-writing is akin to sleepwalking.

Coyne says, ´As long as you’re doing it, you’re doing so much but you’re not aware of it. The minute you’re aware of it you (realize you’re) down the street eating a doughnut in somebody’s house: ‘How did I get here?’

In the notes that Coyne wrote for the new album, he confesses that despite the Flaming Lips having been based in Oklahoma City their entire career, he’d never really thought of the group as “an American band´´ in the sense that bands like the Grateful Dead or Parliament-Funkadelic or even Tom Petty and the Heartbreakers embodied that term.

“We’ve kind of thought of ourselves as coming from ‘Earth’… not really caring WHERE we were actually from,´ he writes.

Thinking about Tom Petty in Tulsa, and the fact that the Flaming Lips have had the same seven members for years now, started to shift his perspective on the band.

´We started to seem like these sorts of groups that we never considered, you know, like Chicago or even the backing group for the Carpenters or Frank Zappa’s group,´ he says. ´Sometimes those would be sprawling, seven or eight guys, and you wouldn’t always know who they are, which I think in a way I always liked. It’s like ‘we went to school together’ sort of vibe that, for me, the Flaming Lips never purposely embraced until now,´ he says.

´I think it really helped us. It was something we’ve never really done before. And so in that way, you know, that’s always exciting that you’re kind of in a weird new zone.´

The music legend’s estate has released 1994’s Confusion Wheel which is set to feature on the upcoming Wildflowers and All the Rest posthumous box-set.

It was penned during the sessions for his solo LP, Wildflowers and the Thefull 15-track disc for the box-set will follow on October 16th.

The Tom Petty and The Heartbreakers star’s estate have so far released the tracks There Goes Angela (Dream Away), You Don’t Know How It Feels and Wildflowers.

Adria Petty – whose father died from an accidental overdose in October 2017 – previously revealed that in preparing the project ´with the community of the Heartbreakers that my dad had in a really holistic way, we waited so that we could do that in a really beautiful and thorough way. And we’ve just been having so much fun with everybody and working with Dana [Petty’s second wife] and the band and everybody to just really put this masterpiece in the framing that it deserved.´

The 45-year-old director added that she wanted to release it early as a gift to fans during the Covid-19 pandemic.

She explained: ´When this (Covid-19) crisis came around, we really wanted to give people something beautiful … We found a demo for You Don’t Know How It Feels that felt really sweet and authentic and sincere. And we wanted to put it out a little bit early, even though we’re not quite ready to put the project out, to share something without really asking for anything in exchange – to try to lighten everybody’s load a little bit with something dad left behind that we didn’t know was there.´

Meanwhile, Petty’s family were forced to send a cease and desist letter to President Donald Trump in June, after he played I Won’t Back Down at a campaign rally.

The late singer’s widow Dana, ex-wife Jane, and children Adria and Annakim issued a statement slamming the US leader for using the track to ´further a campaign that leaves too many Americans and common sense behind´ after it was used at a gathering in Tulsa, Oklahoma. The family stressed that they didn’t support the president, and the music legend didn’t either.