Blog
You are here: Home1 / Blog2 / AATA3 / BIOGRAPHY OF A BIOGRAPHER: part two in our special five part series celebrating... 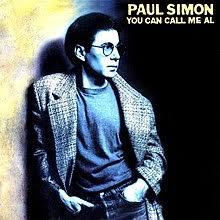 BIOGRAPHY OF A BIOGRAPHER

Robert Hilburn is a writer I have always trusted, and who has even, to some, degree given me building blocks for my record collection. He seems to be held in high regard, not only by his readers, but also by those he writes about, though whether that is a good or bad thing for a biographer, might be arguable. Nevertheless he is long established as an American pop music critic, author, and radio host. As critic and music editor at the Los Angeles Times from 1970 to 2005, his reviews, essays and profiles appeared in publications around the world.

Hilburn has since written a memoir and a best-selling biography of Johnny Cash before producing his work about Paul Simon. His credentials are certainly solid, having been a member of the nominating committee for The Rock And Roll Hall Of Fame for twenty years.

To help you build a biography of a biographer we can give you a handful of pieces to a jigsaw that might still not show the whole picture. He was born in Louisiana and lived in the State on his grandfather´s cotton farm until he was five years old. Throughout those years, and during several summer return visits as he was growing up, Hilburn was surrounded by the blues and country sounds that today are identified as the parents of rock and roll.

He and his family also lived for a few years in Dallas; Texas but he graduated high school in 1957 in Southern California, achieving his degree in journalism at the State university in 1961. His first journalistic work was as a news reporter with The Valley Times Today, a parochial newspaper, but after only a couple of years he had grown tired of such work and he took a post as a public information officer with the Los Angeles Unified School District.

However, whilst in that position he fell in love with the work of artists like Dylan and The Beatles and began to hanker for a journalistic career again, but this time working in the arts fields. Eager to kick-start this second entrée into writing he began submitting freelance articles to various outlets, focusing on artists like Johnny Cash and Janis Joplin. After seeing some early pieces published by the newspaper, Hilburn accepted a full time role with the Los Angeles Times.

In this capacity he accompanied several artists on what became landmark tours, including traveling with Cash on his sidetracks & detours to Folsom Prison and Elton John´s inaugural visit to Russia. He followed Paul Simon to his Graceland performances in Zimbabwe and even travelled on Dylan´s first working trip to Israel.

It should be recognised, though, that Robert Hilburn not only writes about artists, but also about the wider issues of pop-culture movements like punk, techno and rap.

Nevertheless, amidst an assortment of significant conversations, he has conducted interviews with the likes of Bowie, Dylan, Springsteen and U2. In fact his interviews were seen as having clearly helped the careers of people like John Prine and what I would have given for that interview was surely evident in our own various posts about Prine, still available in our archives. Hilburn also wrote in-depth stories on Patti Smith, The Eagles Tom Petty and Prince (symbolised left)

We recently published a piece by our literary correspondent Andrew Moorhouse, on the career of a singer-writer he will know was also on speaking terms with Hilburn, so Andrew will no doubt be screaming out now that this list should also include the name of Elvis Costello.

Hilburn´s work is always contemporary, though, and in more recent times has included features and interviews with the likes of Guns n Roses, Rage Against The Machine, Nine Inch Nails, Ice Cube right through to Public Enemy, Eminem, White Stripes and Arcade Fire.

His book, published in 2013, under the title of Johnny Cash; The Life, was described by a New York Times critic as one of her ten favourite books of that year, and elsewhere it was described as ´an instant classic music biographiy with something to offer all generations of listeners.´

Similarly sub-titled, Paul Simon: The Life, came five years later and drew a response from author and creative literary guide Stephen King that suggested it as being the kind of rare work that ´offers insight into the creative development of a gifted artist.´ Rolling Stone has actually described this biography of Paul Simon as ´epic´ and ´definitive.´

´MEMORY BRUSHES THE SAME YEARS´ part one of five in our Paul Simon special...