Blog
You are here: Home1 / Blog2 / AATA3 / DYNAMITE BLOWS UP THE CHARTS 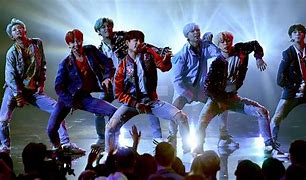 DYNAMITE BLOWS UP THE CHARTS

Big Hit Entertainment — the Seoul-based music firm behind the world’s hottest K-pop act — revealed in its Wednesday trading figures that it gave each of BTS’s seven members 68,385 shares last month ´for the purpose of strengthening long-term cooperation with major artists and inspiring morale.´

That number of shares will be worth 9.23 billion Korean won — or about $7.7 million — if Big Hit’s stock is priced at the top of its target range in October, giving the band a combined stake worth 64.6 billion won, or roughly $54.3 million.

That would be a fitting award for BTS, who became the first all-South Korean group with a No. 1 single in the US when their English-language hit Dynamite shot to the top of the Billboard Hot 100 in September.

BTS is a huge plank of Big Hit’s business as the group was responsible for more than 87 per cent of the company’s revenue in the first half of this year, according to the filing. Big Hit’s artist roster also includes fellow K-pop band TXT and solo artists such as singer Lee Hyun.

The firm has faced concerns about needing to diversify its revenue sources because BTS’s members will likely have to serve a stint in the military in the coming years. South Korea requires men to enlist by the time they turn 28, and the BTS singers range in age from 23 to 27.

To be honest our South Korean contributor didn´t give us all that information, as she is much more interested in the music than the finances, but she did recommend we looked on Google for the bigger picture, and we found the above at

What Olivia talked about was how catchy this single is, and how well the ´boys´ perform it, and although she didn´t say she had a pre-teenage crush on one, two or all of them, she is clearly enchanted. She is right that the tune is catchy, and to her grandpa it has echoes of British pop music of the eighties. Now among the top five earning bands in the world, however, there can be no doubt that BTS are very contemporary indeed. The single is typical of the current Euro-pop we hear on the speakers of the beach bars and restaurants here on Lanzarote, and obviously has a world wide appeal.

Even as I was writing the above paragraph and thinking it was a shame the careers of the band might be interrupted by a national service call up, a newsflash appeared on my screen.

Legislation proposed in South Korea would see entertainers who have made a difference to popular culture allowed to delay their mandatory military service. Such a suspension of service was recently granted to the jinking goal-scoring international superstar Heung-Min Son has endeared himself to the Spurs faithful with some fantastic goal-scoring displays since signing from Bayer Leverkusen in August, 2015. The 2018/19 campaign saw Sonny hit the 20-goal mark for the second time in three seasons, despite missing game time through two separate spells of international duty with South Korea.

The K-pop boy band became the first Asian group since 1963 to top Billboard’s Hot 100 chart with their English-language single Dynamite.

South Korean boy band BTS have built an army of K-pop fans around the globe. For that, they might not have to serve in a real one.

Legislation proposed in South Korea would add entertainers who have made “great contributions” in popular culture to the list of men who can delay their mandatory military service. The would almost certainly include BTS,.

The bill would ensure that the boy band can perform with its current line-up for at least a few more years, seizing on a global boom in South Korean entertainment after Parasite notched a landmark Academy Award for best picture in February.

The group’s oldest member, Jin or Kim Seok-jin, is 27 and would normally be required to enter the military by the end of next year.

´Deferring military service differs from making exemptions,´ said lawmaker Jeon Young-gi, 29, who introduced the legislation. ´We need to give the option to postpone military service to those whose career peaks in their twenties.´

BTS’ success is not only important for South Korean soft power. Their manager, Big Hit Entertainment Co., is looking to raise as much as 962.6 billion won (US$812 million) in an initial public offering in Seoul that is set to be the country’s largest in three years.

They’ve amassed a global fan base led by the official BTS Army. An online concert held by the band in June was the world’s biggest paid online music event, drawing more than 750,000 viewers, the Yonhap News Agency reported.

All male citizens aged 18 to 28 are required to serve in the military for about two years to guard against North Korea, which maintains one of the world’s largest standing armies and has never signed a peace treaty with South Korea.

Some argue that the exemptions are unfair to young men who sacrificed two potential years of their careers and may not have wealth to fall back on.

Current law allows waivers for some elite athletes and classical musicians, but does not include popular entertainers. The bill would pave the way for other artists to “delay” their military service until they reach the age of thirty.

Meanwhile, with decisions pending, Sangmi Cha a reporter also living in Seoul, reported on Tuesday 8th September for Reuters that ´South Korean boy band BTS said on Friday they hoped their new digital single Dynamite refreshes fans and helps them recharge their batteries as they cope with the novel coronavirus pandemic.

The seven-member group is at the forefront of South Korean pop music and has helped win Korean-pop fans around the world since their 2013 debut.

The young group members said in a live streamed news conference ahead of the release of “Dynamite” that they hoped the song would give their fans the same surge of energy it had given them.

“Everyone in the world is going through tough times right now,´ member Jimin told the news conference aired via YouTube.

“Dynamite is a song that can lift anyone’s spirit. We gained a lot of energy singing and rehearsing it,” he said.

Group leader and rapper, RM, said the coronavirus had forced a halt to many of their activities but it had also allowed them to clear their heads and come up with new material.

´It served as an impetus for Dynamite: this was a ray of light, a sip of sweet water,´ he said.

BTS are set to return with two concerts in Seoul in October, with a limited audience observing social distancing, which will also be streamed online, Big Hit said.

Their tour of more than 20 concerts in the United States, Europe and Asia was cancelled because of the coronavirus ´

BTS broke into the U.S. market in 2017 and were the first Korean group to win a Billboard music award. They also performed at the Grammy Awards in Los Angeles in January.

(on line reporting by Sangmi Cha; editing by Robert Birsel)

suggested theme for this article by Olivia Lee Warwick, age 10