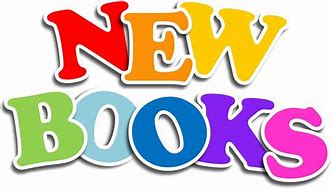 BOOK A PLACE ON THE SHELVES

It is only a few short weeks ago that I wrote on these pages of so many book shop owners worrying about when they might be able to re-open and what kind of support they could expect from publishers and the general public when doing so.

Since then, though, there have been reassuring reports that increased on-line reading figures during lockdown have been sustained even as we head out into the sunlight. Whether we read our books on a kindle device in the garden, or a laptop in the kitchen, or even if we read paper pages that rustle between hard covers, there is likely to be plenty to take our fancy throughout the autumn. With almost 600 new titles predicted to be released on September 3rd there will be something for all of us, surely. Being honest, we should remember that this figure is very much an exaggeration of a figure we might normally expect at this time of year, but it has of course been swelled by the now imminent release of many titles that were held back by publishers because of the uncertainties of the summer.

In fact the announced figure of 590 new titles is nearly 30% up on normal Autumn release figures, which are invariably the highest figure of the year anyway as publishers aim to catch the Christmas Present purchasers.

Trade magazine, Bookseller, is anticipating a further series of ´mini Super Thursday´ releases over the next few weeks to complement the first Thursday of September which is traditionally thought of as the book trades´ annual Super Thursday.

The joint memoirs of Ant and Dec, cleverly titlesd Once Upon A Tyne, could make for interesting reading given how eventful the past couple of years have been for the pair. It is brave, even today, perhaps, to write an autobiography with the title of To Be A Gay Man, but this release by Will Young will have added poignancy following the recent sad death of his troubled brother.

Titles to be released now that had originally been scheduled for much earlier in 2020 include Elen Ferrant´s new novel The Lying Life Of Adults, and a new work, from Gavin And Stacey writer and actress, and novelist, Ruth Jones, called Us Three. Ruth Alexandra Elisabeth Jones MBE (see right) is a Welsh actress, writer, and producer. She co-wrote and co-starred in the award-winning BBC sitcom Gavin & Stacey. She has appeared in various television comedies and dramas that include, Fat Friends, Little Britain, Little Britain Abroad, Saxondale, The Street, Hattie, and Stella for which she was nominated for a British Academy Television Award and won three BAFTA. Jones was appointed Member of the Order of the British Empire in the 2014 New Year Honours for services to entertainment

Nadiya Bakes, the latest cookbook by Bake off winner Nadia Hussain, she of the permanent smile, should prove tasty too.

Another television name, known for presenting House Of Games as well as offering fiery contributions on Would I Lie to You and Have I Got News For You, has written a debut novel, The Thursday Murder Club. Richard Osman will be hoping that in years to come that title scores a hundred on Pointless. Osman is an English television presenter, producer, director and novelist, best known for being the creator and co-presenter of the BBC One television quiz show Pointless, just one of the many panel shows for which he is widely recognised for

Meanwhile those of us who love her newspaper columns and on-line writings and forthright opinion will devour Caitlain Moran´s More Than A Woman.

´My September and October previews are the biggest I have ever filed by some margin … It is just going to be a massive, massive bunfight,´ said Bookseller’s nonfiction previewer, Caroline Sanderson.

´It’s such a tough job getting any oxygen for books … It just does seem kind of crazy,´ she told Alison Flood of The Guardian.

Even the previously mentioned Bookseller magazine seems slightly amazed at such a plethora of titles.

A new book based on BBC series, A Life On Our Planet, Sanderson calls a ´vision for the future´ and predicts great sales figures for its author, English Broadcaster and natural historian Sir David Frederick Attenborough. He is best known for writing and presenting, in conjunction with the BBC Natural History Unit, the nine natural history documentary series forming the Life collection that together constitute a comprehensive survey of animal and plant life on Earth. He is a former senior manager at the BBC, having served as controller of BBC Two and director of programming for BBC Television in the 1960s and 1970s. He is the only person to have won BAFTAs for programmes in each of black and white, colour, HD, 3D and 4K. In 2018 and 2019, he received Primetime Emmy Awards for Outstanding Narrator. A new book from Attenborough is always something of an event. They are invariably so lavishly produced as to adorn any bookshelf, be it in a shop or a home, with wonderful accompanying photographs of the habitat he describes. In recent years, growing increasingly concerned about the state of our planet he has become somewhat more outspoken and even a little bit cross. His books, though, are none the worse for that.

Sanderson has high hopes, too, for Jamie Oliver´s Bosh and the new work from Nigella Lawson. Sanderson also says, with no apologies for the hyperbole, that Just Ignore Him, the new memoir from tv comic and actor Alan Davies is ´absolutely shocking and stunning and amazing.´

She also mentioned an intriguing title that I think might well be of real interest to Sidetracks & Detours and our readers given some of the subjects we have touched on this year as we have followed our art. She tipped Burning the Books: A History of Knowledge Under Attack by Richard Ovenden, Bodley’s Librarian at the University of Oxford, as another likely big-seller. It certainly sounds like a book for these times of shattered, splattered statues, false news and revisionism, perhaps much in line with Prisoners Of History which we have reviewed on these pages in our post https://aata.dev/index.php/2020/08/26/prisoners-of-history/ on 26/8/2020. Richard Ovenden OBE FSA FRSA  is a British librarian and author. Now in his mid-fifties, he currently serves as  Bodley’s Librarian in the University Of Oxford, having been appointed in 2014. Ovenden also serves as the Director of the Bodleian Library‘s Centre for The Study Of The Book and holds a Professorial Fellowship at Balliol College. Ovenden is a trustee of the Chawton House Library and vice-chair of the Kraszna-Krausz Foundation. In 2009, he was elected chair of the Digital Preservation Coalition, replacing Dame Lynne Brindley in a post he held until 2013. He was elected to the American Philosophical Society in 2015. He is a Fellow of the Society of Antiquaries of London, having been elected in 2008. With such credential behind its author, this should be a fascinating read.

Sunday Times literary editor Andrew Holgate.  writing on Twitter last month admitted, ´I haven’t finished counting yet, but there are at least – at least – 105 books being published on 1 or 3 September, and all competing for about 10 or 11 review slots … September is always difficult for literary editors, but this is quite mad.´

So it seems that publishers have not made any adjustments for the competition for critical or promotional coverage, but one man´s problem is another man´s opportunity, so we will be happy to help out publishers by reviewing their goods. We are available at info@aata.dev/

Outlets like Waterstones, of course, monitor all this very closely and Bea Carvalho from the organisation reported to Bookseller how autumn had already been packed with ´some absolutely mega new releases, and with the shifting sands of the publication schedule this year it’s now home to a few that would have been published earlier in the year´.

But, pointing to titles including Philip Pullman’s new His Dark Materials novella Serpentine as well as  JK Rowling’s new children’s book The Ickabog, new fiction from serial authors Bernard Cornwell and Ken Follett, and memoirs from Phillip Schofield and Claudia Winkleman, Waterstones is looking forward to the challenge.

´It has become a mega year, so it’s about finding space for all of those books and making sure each of them finds the right audience´, said Bea Carvalho. ¨This year we’ve found that bookseller recommendations and the power of that interaction has become more important than ever´.

She confirmed expectation within the sector by revealing that Osman’s crime novel had been pre-ordering exceptionally well, as had Dolly Alderton’s debut novel Ghosts and Raynor Winn’s The Wild Silence, a follow-up to her Costa-winning memoir The Salt Path.

Raynor Winn is a long-distance walker and writer; her first book The Salt Path was a Sunday Times bestseller in 2018.

Winn and her husband Moth, who was diagnosed with a terminal illness called corticobasal degeneration, became homeless after a bad investment and so decided, (instead?) to walk the 630-mile South West Coast Path. The resultant book The Salt Path was shortlisted for the 2018 Wainwright Prize and the 2018 Costa Book Awards in the Biography category. The judges described it as ´An absolutely brilliant story that needs to be told about the human capacity to endure and keep putting one foot in front of another.´ In May 2019 The Salt Path won the inaugural RSL Christopher Bland Prize. In September 2019 it was the number one bestselling book in UK independent bookstores.

Winn also writes about nature, homelessness and wild camping  and her second book Wild Silence, that was scheduled to have been published last Spring will be published by Michael Joseph in spring 2020, at what will be a very busy starting line. However, any author named Winn has the endurance and the stamina to edge her way to the front of almost six hundred fellow competitors then she can. Winn by Name and Winn by nature.

´The Salt Path was absolutely huge for us, our booksellers adored it, so we’re excited to have the follow-up to that – it has exceeded our already high expectations´, said Carvalho of Waterstone´s, also mentioning The Bookseller’s Tale by Martin Latham, who actually works in  the company´s Canterbury branch.

´It’s a love letter to books and to bookselling, which for bookshops is a real gift,´ said Carvalho. ´For me it’s not a worry about there being too much, it’s about making the most of an incredible selection to make the bookshops as interesting and engaging as they can be´.

Sidetracks & Detours has now moved into its second years and we intend to continue with our occasional exclusive interviews with major authors.

However, we are also keen to share positive book reviews with our readers, so when you have finished your Christmas reading why not drop us a line with your own review of your favourite book to normanwarwick55@gmail.com. We will try to publish any we receive and will, of course, fully attribute. Right, So what are you waiting for?  Off you go to the bookshop.