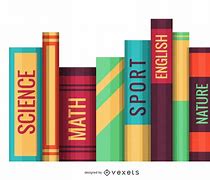 It all started, I guess when I was eight years old and my godparent, ´Auntie´ Jennifer, who lived over the mountains from us in Sheffield sent me a book as a birthday present. I could tell by the shape and the weight and the wrapping that it was a book even before I began tearing at the brightly coloured packaging. It might be an Enid Blyton, famous five or secret seven, or maybe a Biggles or a Roy Of The Rovers annual. I loved books like that and mum and dad and my nans had been buying them for me over the previous two or three years.

This book, though, was different. It was by an author called Rudyard Kipling, which was a weird name and I´d never heard of him. Nevertheless, when I took off the flysheet, (I always hated those) I was struck by the deep blue hardback cover with the title subtly embossed on the front.

I turned to the first page of text and found a verse of poetry (and I now have several anthologies of Kipling poetry) followed by a prose text of a short story. This was long before Disney turned the book into a shoobydo I wanna be like you-oo-oo  kind of cartoon movie. Of course I do have a dvd of that and other filmic versions of the book, in my collections.

I wonder sometimes if ´Auntie´ Jennifer herself was a collector of some kind. There is something secretive and seductive about being a collector.

I realise now, as I write this that I only met ´Auntie´ Jennifer perhaps three times in my whole life, and those meetings all predated the receipt of this book. Over the following few years, though, she sent me another Kipling book for each Christmas and Birthday, some time later, I had a whole shelf in my bedroom with Kipling works lined up in alphabetical order of title, and those books remain part of my reading now as an adult drifting slowly back into childhood. Those books were my first collection and I have collected things, and collected things, and collected things ever since; books, records, films, posters, and ticket stubs. Most of them have been on permanent display wherever I have lived, and properly filed and stored on a database,…. but I have always been a collector, never a geek !

Strangely, these days, in my mind´s eye I shuffle memories of ´Auntie´ Jennifer as being slim, petite, bespectacled and pretty sexy in what I would now consider a somewhat geekish way. She smoked and had a smokey voice. Why would I remember that more than sixty years later?

On any Venn diagram of my interests, literature and music would reside in the same colour code, and much of my book collection is comprised of biographies, auto and otherwise, of musical greats like Townes Van Zandt, Paul Simon, Van Morrison, Leonard Cohen, Carly Simon and Billie Holiday.

Nothing geekish there; just books I bought about artists I like,… and then stacked alphabetically,….with country artists on one shelf, jazz on the shelf below, blues on the third, folk on the fourth and,….well you get the picture.

My pulp fiction section is even much the same; Billingham, Connolly Herbert, King, and my poetry store stretches all the way from Armitage to Zepheria.

Of course, there are the non-fiction collections full of lists and data about who wrote what song when and who it was recorded by and what peak it reached in the charts and how many weeks it stayed in the charts,…. And who played bass at the recording sessions,….or triangle.

That, though, does not a geek make.

A geek would keep all those books pristine and they would stand to attention on the shelves all buttoned up with their jackets still on, looking as they had never been read.

Well, I´m not like that. It might be true that I never let my books stand on their head, because I feel that any vertical writing on the spine should be on display allowing the title and author to be read from top to bottom so you don´t have to crane your neck. Some books taken from those shelves and opened are actually scribbled in with my fulsome notes recording my reaction to them. Two such examples would be Jonathan Livingstone Seagull and The Little Prince. Oddly enough, those two are filed next to each despite neither their authors nor their titles not being in the same alphabetical vicinity. They are placed adjacent, though, because both books were bought for me in adult life by friends trying to steer through some crisis or other, and that is how they will be forever filed in my memory.

There are no hierarchies on my book shelves. The flimsy paperbacks mingle with the fine press editions and my hard- back The History of Rock And Roll is cosied up to a tissue-paper thin Twenty Things You Never Knew About Elvis Presley.

What is designed to simplify, though, can often only further complicate. Should an autobiography by Robbie Roberston, for instance, be placed alongside the biography of Levon Helm ? After all they were colleagues for so long in The Band. Even if standing side by side where should they be placed in relation to The Band, Pioneers Of American Music by Craig Harris or Across The Great Divide; The Band And America by Barney Hoskyns ? Authors, titles, sub-titles and subject matter can play hell with a filing system that has a place for everything and everything in its place.

In my back room studio in my house when I was living in the UK I used to feel I was king of all I surveyed. Whilst sitting chatting to friends, almost always about music or books and occasionally about football I used to love breaking off in mid conversation and pull out with barely a glance a book about Dion Dublin, (shown right). I would extract from my sports selection, sub section football, as he used to play for Aston Villa and Manchester United, so of course I had to also pull out a book about Villa and a book about United.  I would then pick a factual book from the musical section that told how Dion was also instrumental in developing the beat box, (and these days I might also pull out my book of puns to illustrate what a great line that was) and then a chart-list book that would tell me how many groups have had commercial success with a beat box in their line up, and finally I would put on top of that pile my book about beat box manufacturers.

Quite often, though, when I turned back with my arms full of books, my fellow conversationalist had gone, fled, running up the drive shouting something about me being a geek but I knew he was out of order !

WHAT WE MEAN WHEN WE SPEAK OF DYLAN: part 5 conclusion of Sidetracks & Detours...