Blog
You are here: Home1 / Blog2 / Music3 / THE SOUL OF PÒRTEGUESE FADO ON LANZAROTE 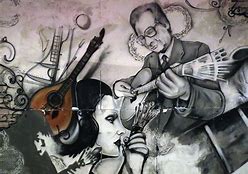 THE SOUL OF PÒRTEGUESE FADO ON LANZAROTE

Fado music, typically, seeks to reconcile the harsh realities of daily life with an unfailing optimism that things can be improved upon. The lyrics speak of permanent loss and far-reaching consequences and the music is often comprised of one or two 12-stringed guitars, one or two violas and occasionally an eight string bass.

Even this somewhat parochial and niche genre, however, has two main varieties, called Coimbre Fado and the better-known Lisbon Fado, a style that has its origins in the margins of society, and was originally most frequently found in the music from the wrong side of the tracks, frequented by the sailors and street-walkers of the ports. Its present popularity began at the start of the nineteenth century, although a new and stricter censorship introduced in the twenties brought changes to its presentation as social entertainment. However, radio broadcasts ensured that Fado music lived on in the hearts of those who loved it and even found new followers in the younger generations.  Then, as greater recognition of what became known as World Music grew around the globe in the nineteen nineties, so Fado re-emerged as a popular style.

Seemingly more rooted in tradition is the Coimbra Fado, grown from a more learned history of the country. In this genre singers and musicians often wear academic attire that consists of dark robes, capes and leggings. This is a Fado music often sung on the streets or in a city square.

The Lisbon music grew to appeal to the working class but the original Coimbra Fado grew with the academic classes among the universities and academies of the country.

Apart from these associations with diverse and specific audiences there is little difference between the two schools of Fado, although only the Lisbon Fado can be sung by either males or females,…Coimbra is only sung by males, and is arguably the least resigned and fatalistic of the two genres. It is perhaps not surprising that the academic version should be the more rehearsed of the two with the Lisbon style being more likely to be improvised during performances.

The wider world first became aware of Fado music through the work of Amalia Rodrigues, but the ´Rainha do Fado´ (Queen of Fado) sadly died in at the age of seventy nine at the turn of the millennium, just as her lifetime´s work was bringing growing awareness of her music. She had become one of the most important personalities of the music she loved and an inspiration to modern Fado and its contemporary singers. Her charisma and personality were assets to her extraordinary voice. As an acclaimed artist she performed for Royalty and for political dignitaries and was widely decorated and honoured in her later years, even being bestowed with The Legion d´Honneur by the French. After her State Funeral, being perceived as having almost single-handedly brought Fado music to prominence, her remains were transferred to Lisbon´s National Pantheon.

It is surely due to her efforts that there is a new found popularity for, and wider awareness of, Fado Music, which today has integrated piano, violin and accordion into its musical mix, giving Fado a platform on which it can now fuse with other musical forms. However, to hear the authentic and the new Fado, tourists visiting Portugal are advised to seek out Casa de Linhars or The Manor House in Lisbon, where the best of Fado is still regularly performed.

Tonight, though, Fado came to us, as Sara Correia stepped out on to the stage of Cic El Almacen

Sara Correia is the daughter of a Lisbon family of Fadistas and has won numerous competitions and performed professionally at many of the most prestigious venues where Fado music is performed. Here in the tiny, intimate arena at Cic EL Almacen she performed songs from her eponymous debut album, released late last year, on the Universal Music Portugal label. This almost forty minute album contains eleven tracks and if you were to search the record shops for it you would find it categorised of World music, or Latin, Folk or Fado. Having lived and breathed fado music since being a child she explains that ´I relate very strongly with all the songs that make up this record, and I see myself in every story they tell.´ The album features musicians such as Angelo Ferreira, ´ this generation´s Portuguese guitar genius.´

She considers Amalia Rodrigues to be ´ultimate fadista´ amongst several who have inspired her but lists others like Fernanda Maria, Beatriz da Conceicao and Herminia Silva as have influenced her.

Sara´s voice caught the attention of Joel Santoni, a French film maker who asked her to sing the title track for a tv series called ´Une Famille Formidable´ and she even has an acting part in an upcoming film by Portuguese director Dioga Soares Silva, playing a historical character singing Fado music. As such a pedigree had led us to expect, the charisma she brought to the stage here on Lanzarote was immediately apparent.

She performed many of the tracks listed below on her eponymous album. Should you decide to seek it out and purchase a copy you will be adding the soul of Portuguese Fado to your record collection.

OF CRITICS AND CRITIQUES and The Works by Paul Salveson