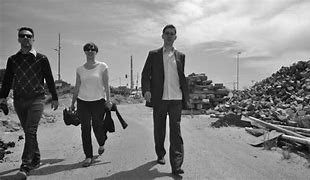 ´What a beautiful and inspiring idea,´ Silke Eberhard enthused, in response to an invitation to submit news for their fans to the print media and on line platform offered by Steve Cooke

´Yes, I would like to contribute something. After some weeks since the lockdown I realize that, of course like all other people, I have been thrown into a different life. I was highly busy performing as a saxophonist. Also, I just released the new album of my Potsa Lotsa XL dectet on the British Label Leo Records, that keeps me busy in my home office… Now, since, four weeks, I am actually having a very creative time and went into an everyday composing routine that led me to exploring the 12-tone row, but in a deeper way than before…. should I write some words more and send you through email, or what is the best way to tell you more about? Best wishes from Berlin.

Steve, of course, replied with ‘please do, through email’.

Silke will be awarded the Berlin Jazz Prize 2020, on 13 August 2020 in RBB’s Kleines Sendesaal. It is granted by rbbKultur and the Senate Department for Culture and Europe.

Silke’s mastery of both instruments is impressive, but so is her take on music: it is fun, it is light-footed, rhythmically and structurally complex, emotional and technically superb.

Since the mid nineties she has dedicated herself to the freer variations of jazz and improvised music. Her collaboration with Jan Roder and Kay Lübke, which began then and eventually resulted in the Silke Eberhard Trio, moves in this tradition in search of new challenges, that recently led to The Being Inn (the 3rd trio album, awarded the German Record Critics’ Prize).

She also composes for small and large ensembles, contemporary music and jazz. In her wide-ranging work as a performer she also focuses on improvised encounters in dance, theatre and visual arts.

One recording, that Steve says he frequently returns to, reflects Silke’s intensive occupation with the music of Eric Dolphy. Potsa Lotsa, interprets the complete works of Dolphy.

Natalija Whilst following our own Sidetracks & Detours we, also, seem to have recently noticed the name of Berlin writ large on several signals and signposts. As recently as 30th May we watched a virtual concert from the city featuring our friend Natalia Nikolayeva. The virtual concert was to celebrate Canaries Day, an important annual event on the Lanzarote arts and culture calendar, and across the other seven Canary Islands. Live events for this year, of course, had been cancelled due to lockdown and even the virtual concerts produced here on Lanzarote were postponed from broadcasting for a week until Spain had concluded its official period of mourning of all those lost to the Coronoavirus.

This concert from Berlin, organised by The Canarias en Berlin German-Canary Society, even included guest musicians playing in Rome, from where cellist Massimo Macro, of Feurtaventura, ´joined´ Natalija, a resident of Lanzarote, as she gave her classical piano recital from Berlin.

Natalija´s programme included Klaviersonate (Moonlight Sonata) op.27 Nr.2 in cis minor by Beethoven, as well as Variations sérieuses, op.54 by Mendelssohn and Prelude op23 Nr.5 in G minor by Rachmaninov. She also delivered a short improvisation from “Nube de Hielo” by the much-loved Benito Cabrera, with the guitarist joining her in the performance.

Over the past month or so we have stepped out to view the damage Covid 19 has done to our world, our communities, our families and our friends and the lifestyles we all shared. During this easing of lockdown it has been hard to know whether we should sigh with relief or catch our breath in trepidation. As the numbers of new cases, and certainly the number of deaths, seem to be diminishing everywhere we see signs of the desolation of national and international economies. Even as so many of us try to conform with social distancing and the new etiquettes we see reports from the UK and around the world of thousands who seem to be suspending disbelief to pretend that the dragon that is Coronavirus has retreated into some long-term hibernation beyond the farthest mountains.

Others among us seem to fear it will soon be back, snorting and breathing fire, its thirst un-slaked and it its hunger unabated.

Whilst we should obviously ´listen to the science´ and heed its advice we also believe it will be the arts and their practitioners who will guide us from here on, showing us how to create new directions and how to negotiate them safely and humanely.

There are new Sidetracks & Detours ahead on the main road to recovery and the risks and consequences of a mis-step are massive. Be brave and follow your art.

FROM LOCKDOWN TO CLOSED FOR REFURBISHMENT