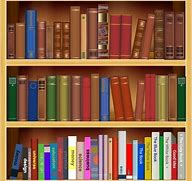 I was further reminded of the notion that so many authors seem to somehow ´write their times´ when reading Steve Cooke´s recent post on a similar subject. On his blog at www.allacrossthearts.com he stated that ´novels have the dual functions of helping us to make sense of, and to escape from, our world.´

I found myself agreeing with Steve that these two functionalities are needed by even more people than usual as the human race struggles with the restrictions of social isolation, the fear of infection and an uncertain future. It is perhaps not surprising that we are seeing a boom in book sales, up by a third, especially tales of epidemics, apocalypse and the end of the world.

Leading this boom is La Peste [The Plague] written by Albert Camus in 1947. Steve reported that  UK sales of the novel are up by more than 1,000% and in Japan more copies were sold in March than in the last thirty years combined!

The British publisher of The Plague, Penguin Classics, says it is struggling to keep up with orders. “We’ve gone from shipping quantities in the low hundreds every month to the mid-thousands,” says Isabel Blake, the senior publicity manager.

The novel is set In Oran, Algeria in the early 1940s nineteen forties as a plague is spreading. People are dying. Everyone is ordered to quarantine at home as the local doctor works around the clock to save victims. There are acts of heroism and acts of shame; there are those who think only of themselves, and those who are engaged for the greater good. That would certainly seem to offer a compare and contrast opportunity with what what defines us today !

Steve Cooke captures the mood of the book in telling us how Albert Camus (left) describes the long queues in front of food shops, the whole town seeming like a waiting room, passengers turning their backs on one another to avoid infection, days marked less by the date than the number of the dead, the only thing left being statistics with the future disappearing from view, the plague has swallowed up everything and everyone.

The Times has recently declared that ‘La Peste shows how to behave in a pandemic’ and The Daily Telegraph has even published ‘the Albert Camus guide to surviving a pandemic’.

The author himself  said the novel could be read on several levels and was also an allegory of the French resistance to the pestilence of Nazism and the German occupation during the second world war.

“The inhabitants, finally freed, would never forget the difficult period that made them face the absurdness of their existence and the precariousness of the human condition,” he wrote. “What’s true of all the evils in the world is true of plague as well. It helps men to rise above themselves.”

Steve concluded his article with the hope that we can collectively ‘rise above ourselves’ and build a more caring, inclusive world. Regular readers of this Sidetracks & Detours blog and / or Steve´s all across the arts pages on line and in The Rochdale Observer will be awarfe that since coronavirus fell upon us we have delivered plenty of uplifting stories that suggest Mankind might survive this crisis to become a better species.

One other piece of writing that seems to me to speak not only of the threat of mass destruction but also are currently changing views for what constitute borders and barriers is a short story by former Just Poet, Pam McKee. Set in a land being colonised and gentrified by a race that brought with it a disease that was deadly to an indigenous people that had no immunity to it, the story is told through the eyes of a grey wolf, that might be animal in form or may be an indigenous native American Indian of that name.

In a world that now is suffering all over again, and globally, the pestilence Pam described in her story, and that still, in the country of that story´s location, kills in the name of colour and race, her writing might well serve the dual functions of literature that Steve Cooke described.

Indeed, my article, here, about ´writing our times´ has taken on another twist in the tale over this weekend since I wrote it on Friday. Protests in the USA, and the UK and pretty much around the world on the theme of Black Lives Matter following the death of George Floyd, have again sent book-lovers scurrying back through literary archives to make sense of the unthinkable, and a flurry of facebook messages on my timeline this morning reflected that.

The poet, James Morgan Nash, writes that ´In the light of Black Lives Matter, I am reading ‘The Vanishing Half’ by Brit Bennett. An extraordinary novel asking questions about privilege and race…´

Stephen Taylor replied that he had ´picked up Howard Zinn’s classic A People’s History of the US, for the same reason, to revisit some historical truths.´

Meanwhile, a response from Ceiuwen Paynton told us that she is ´reading to learn too. I´m reading Wide Sargasso Sea.´

That particular comment reminded me of my secondary not-so-modern education at Heys Road School for Boys in Prestwich, Greater Manchester, more than fifty years ago, where my ´English´ teacher, Mr. Drury, the best teacher I´ve ever known, told us over and over again that everyone who had learned to read should then read to learn ! Wide Sargasso Sea, by Jean Rhys was also one of the novels we read as a class in my final year.

There remains comfort in knowing that whether we face our species´ own senseless racism or an equally insidious coronavirus, there are people out there writing, (and perhaps even righting) our times.

SHE WASN´T BAD FOR A GIRL by Helena J Summerfield