Blog
You are here: Home1 / Blog2 / AATA3 / STORIES WRITTEN FROM THE ART 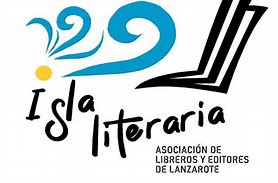 STORIES WRITTEN FROM THE ART

a compare and contrast by Norman Warwick

When we recently published Eileen´Earnshaw´s article about her ´virtual´ creative writing workshop delivered from the UK recently we had no idea that a similar event had been undertaken here on the island of Lanzarote. We have since learned, though, that a competition organized by the Ministry of Education of the Cabildo de Lanzarote together with Isla Literaria, association of booksellers and editors of Lanzarote, received a total of almost one hundred stories in its two categories of Youth and Adults.

On completion of their readings a judging panel issued a commendation in the Youth category, to a writer under the pseudonym of Vendaval Moreno, with his story Vida Tras Los El Focos. The category winner, under the pseudonym Interrogante, was Sara Alonso Santana with her story Telling Silences. Judge Lola Suárez announced that ´after the deliberations by the jury, these are the winners of the story contest.´

Of Telling Silences the judges wrote, Dear Sara: I have read your account with my soul in vilo, wishing that the Silence Counter would find in me an interlocutor… I have been left wanting you to tell me more, I want to continue reading your writings to re-enjoy your capacity for synthesis, your correct use of language, your handling of the dramatic elements in such short storytelling. I want you to tell me, because only you know, what your character said before they burned him alive. Sara Alonso Santana: keep writing.´

In the Adult category, one finalist was Usoa Ibarra Borra with Thoughts Of A Tile, presented under the pseudonym Sirena Haunted.

The first prize, however, was claimed by Ana Lidia Márquez Morales with her story Do We Go Down?

This was also presented to the competition under a pseudonym, of Diana Hunter, to whom judge José Carlos Márquez addressed these words of admiration:

´I want to convey my congratulations to Diana Hunter because he has created a fresh, cheerful and entertaining text that takes place in an easily recognizable environment and because he has managed to create, with very believable characters, the corporeity necessary for the reader to feel the lockdown.´

In the story there is struggle, there is a clear goal to achieve, a plot that becomes entangled as we descend floor by floor and that the author knows how to crown with an ending that perfectly rounds the text. Diana Hunter has managed to create a credible, cohesive environment capable of transporting the reader, along with the characters, to the space in which the action takes place, while she has expertly handled the plot of the story.  The characters, very realistic, are clearly defined. A few words, just a few small strokes, are enough for the reader to clearly visualize the physical and psychological profile of each of them, both the protagonist and the secondary characters, accompanying the reader in the enjoyment of reading. Therefore, Do We Go Down? deserves my utmost recognition and congratulations for having managed to entertain and remain in the memory of the reader.´

In addition, the jury deemed it appropriate, to grant a credit to the story entitled The Name Of My Walls, presented by Guillermo Taviel de Andrade Nieto, under the pseudonym Cabela,

In the words of another literary judge, Myriam Ybot, (see photo left) ´The jury decided to grant a credit to the story The Name Of My Walls for the necessity and relevance of reflection: During quarantine the increase in allegations of gender-based violence has skyrocketed, being confined between four walls aggressors and victims.

As the author conveys in a tale full of empathy, sensitivity and good literary work, fear is the worst of the lockups and the loss of freedom of those who feel permanently threatened is the most inhumane of prisons.´

The fluid structure of the story opens with an ironic charge of depth:

´I have so much experience in seclusion and isolation that I could teach at the university and they would come from remote places just to hear me talk about it.´ The work continue with the crude exposure of the conflict: ´My walls were not any walls; my walls had a name. They were called David and just remembering his name makes me tremble still.´

The work ends, though, with a hopeful and optimistic message:

´Today I can put on music and even dance in the room. I can quietly drink a beer while I remember my mother. I’m completely happy today. No one locks me up today.´

The competition organisers, in their press release, sought to remind us that Literature has an indisputable role in transmitting values and this story is an example of that in how it serves its role of forcing us to go beyond the skin of what happens around us.´

They are absolutely right to remind us of that. I believe there will be, in time to come, scientific statistics and data and discoveries that will reveal to future generations how badly the world has been damaged and there will be recriminations and re-building and revised attitudes and what the media especially in the UK are calling The New Norm.

History will then judge us and write about us and either blame us or acquit us.

A truth about the virus, though, and about the measures taken to prevent it stealthily creeping around the world, will be written by the poets, by the storytellers.

The mood of these times will be captured by the music-makers and these strange days will be replicated or re-shaped by sculptors and painters. Dancers will interpret the fear and menace that has dogged our every step for months.

The world will look back and wonder at how, even in such troubled times, each country in the world has sought to protect its culture and, it seems to ensure the survival of its art forms. And the world might marvel at the solace our arts and artists provided in a time when all else seemed lost.

We were not surprised here at Sidetracks & Detours, however, when  a follow up press release was released postponing until the end of the official mourning,  not only the official presentations to winners in this literary competition, but also planned events of Canary Day.

The island corporation, together with the seven municipalities of the island, has developed a series of audio-visual resources on culture, music, crafts, traditions, history and folklore of Lanzarote and the Canary Islands that were to have been broadcast on Saturday, May 30 on the occasion of the celebration of the Day of the Canary Islands, but which will now be broadcast from June 7.

The president of the Cabildo de Lanzarote, María Dolores Corujo, requested recipients of the press release to publicly transfer on her behalf, and in that of the whole Corporation, condolences to all relatives deceased especially of those six people who died in Lanzarote.

A THOUSAND TIDES TO ANOTHER PLACE by Andrew Moorhouse