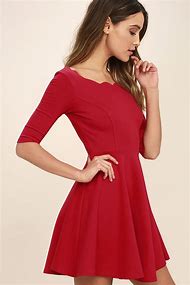 THAT LITTLE RED DRESS CAME FROM …

A tiny field on a cliff top in Lanzarote has played a major role in the colours and fashions worn all over the world.

The colour red in all its hues and diverse cultural specificities has inspired the imaginations of artists, and subsequently fashion designers, for thousands of years. It seemed no paint mix could quite satisfy the artists’ desire to reproduce the reds of nature, however, and from the fifteenth century dyers from all over the world sought the perfect replica.

Spanish explorers discovered the native inhabitants of Mexico, The Aztecs, and learned about their use of the cochineal beetle. They saw the Aztecs produce a wonderful dye from the precious juices of the bug and its use in art quickly spread from Mexico throughout America and to Europe.

The cochineal insect was brought back to Lanzarote, where an industry sprung up to create a natural scarlet dyestuff from the dried bodies of the female insects. The Canary cochineal dye generated universal demand as it was considered superior even to that supplied by Mexico and Peru.

Agriculture was of major importance to 19th century Lanzarote and was based along the island’s east coast, with its fields of the tunera cactus plant on which the cochineal insect breeds. At the time Lanzarote cultivated more than 500 acres and became the world’s leading supplier of the cochineal dye.

Today, of course, in most of the world, technology has taken over from the workforce and the dye is reproduced by less costly and less labour intensive methods, and what once was a major contributor to the island’s economy has been little more than a cottage industry since the middle of the twentieth century.

The industry is currently enjoying something of a revival since the effort a decade or so ago of a local teacher called Sebastiana Perera, who was then headmistress of Mala Secondary School. She led her pupils in a project called Atlantida culminating in the building of what is now the Cochineal Centre where youngsters are taught the basics of cochineal breeding and harvesting. These are then demonstrated at working cochineal farms to tourists in the areas of Gautize and Mala.

Following a recent press conference in Arrecife, which finally wrapped up at about 11.45am we wondered how to ´kill´ the time before the 7.00 pm concert we wanted to see at El Aljibe de Haria.  It would have made no sense to have driven back to our home in the South, from this centrally located capital of the island, simply to then, in a couple of hours’ time, drive all the way to the North of the island for a gig. This all sounds like the thorough planning of Scott Of The Antarctic or of Hilary preparing to scale Everest, but in truth the island is only about sixty miles long from top to bottom, so we were really just deciding to slightly formalise our daily pottering about.

An hour or so later we pulled up at the Cochineal Museum Centre on the left hand side of the road up from Guatize to the lovely beach at Arietta. On our walk through the museum we leanred from the comprehsive information boards along the walls that the tunera cactus on which the cochineal beetle thrives is actually known here as the ´prickly pear.´

The museum describes and depicts a comprehensive tale of a long period of history throughout which this symbiosis of parasitic beetle and prickly pear made Lanzarote the fashion centre of the world.

With an enchanting little arts and crafts shop at its front entrance this relatively new-build museum is cram-packed with facts about the discovery and development of the dye industry and its eventual demise due to cheaper imports becoming available. The route around the exhibits is easy to follow and brings you back to the entrance.

From there, you can take a stroll around the village so stepped over the road into the beautiful Don Quixote restaurant with its (literally) tasteful menu, quaint veranda with a charming view and a polite and friendly waiter. As if by magic, the restaurant is located in a valley overlooked by the eco wind farm, representing, perhaps, the windmills that The Man From La Mancha once tilted at.

The Minestrone soup (all for Dee), arrugada potatoes (for me and Dee) mixed salad and goats cheese with honey,´(all for me) was a lovely, slow meal on a sunny afternoon, and a bienamasu and vanilla ice cream (exclusively for me) was a perfect follow up, all washed down with beer for me and wine for Dee. We had a chat with our waiter as we left, who told us about the Friday night live music sessions here, of all genres, that are always good and always well attended. We will return and report back to you as soon as lockdown laws allow restaurants to re-open.

We then drove down into Mala, a village that offers one of the most spectacular views of island coastline, and splendid isolation for nature-lovers´ who value its seclusion. What a view !!