Blog
You are here: Home1 / Blog2 / AATA3 / BEYOND GOOD AND EVIL IN THE LOCKDOWN By Michael Higgins 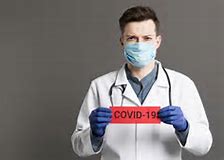 BEYOND GOOD AND EVIL IN THE LOCKDOWN

‘It was an ancient Mariner

And he stoppeth one of three…’,

or as Coleridge originally spelt it, It was an ancient marynere’,in mock medieval style.

So begins the very first poem in the original Lyrical Ballads of 1798 by William Wordsworth and Samuel Taylor Coleridge, the first publicisers of the Romantic Movement in Britain.  I took my copy, along with other books to read during an abortive stay in England’s Lake District just before the so-called ‘lockdown’, or restriction on outside movement, was announced. On our first night in the Lakes (at Keswick) the pubs and restaurants were ordered shut, and three days later the home lockdown was announced. Consequently we came home the next morning, passing through near deserted Windermere and Kendal, among the lovely mountain and moorland scenery- not to mention the beautiful lakes and tarns along the route.

Whilst in Keswick, on Derwentwater, I reflected that the poet and philosopher Coleridge lived here at Greta Hall, on and off, from 1800 to 1803. Wordsworth lived at Dove Cottage at Grasmere.

I read in Coleridge’s writings that once he climbed Helvellyn above Keswick, and chiselled his name into a rock which was already full of other visitor chiselling’s. A man came up behind him just after and, perusing the names carved exclaimed in a thrilled voice ‘That is the name of the poet Samuel Taylor Coleridge!’ Coleridge was amused but I was rather bemused to read of the event. To achieve such fame after two earlier books, and Lyrical Ballads,- and for poetry to be in such high regard- gives food for thought. Coleridge walked, – and walked – all round the Lakes and into Scotland, again bring home the scale of our current situation where everyone has to stay at home save for minimal exercise and essential shopping. The author, of Kublai Khan, Christabel and Frost At Midnight, literally walked the sole off his boots.

As a poignant farewell to Keswick and pedestrian freedom my wife and I stopped off at nearby Castlerigg stone circle (see right) on our way home. In Coleridge’s day it was known as the Druids Circle and here on a windswept hillside the vast panorama of surrounding mountains hove into a beckoning but frustrating view.

So we arrived home via half deserted roads and motorways with our stock of holiday reading books- in my case not only Coleridge and Wordsworth, but Kingsley Amis, Friedrich Nietzsche, and John Milton. The latter was a penguin edition of Paradise Lost which I bought in a bookshop in Keswick on the last day of freedom. Only four customers at a time were allowed in and the staff wore gloves. As we drove home the next day the shop, with all its lovely books, was all locked up.

I have still to finish Kingsley Amis’s The Old Devils:  too many house jobs to do while the sun here is shining. But I have finished the Coleridge and Wordsworth writings, Nietzsche and Milton. All were part of my Lent reading and all verged on philosophical reflection.

Nietzsche abhorred Christianity and in The Antichristhesets out his thesis that the religion as propagated by the Church promulgated weakness and slavery as opposed to everything in life that is noble and powerful. He claims that Christ was the only true Christian preaching the attainment of Heaven through care and kindness, and went to the cross for it. The Church, however, has since used this idea to promote hatred against power, social order and everything noble in life to pursue a narrow slavish morality. He argues that morality is relative and ideas of good and evil belong as contrasts in the eye of the viewer and in its own context. Good exists as a contrast to perceived Evil.

With this in mind I read Milton’s great epic on the downfall of man and the ultimate biblical view of good and evil- in this case the Tree of the Knowledge of Good and Evil in the Garden of Eden.

Although the long heroic poem in blank verse deals with Satan’s temptation of Eve and Adam into eating the forbidden fruit of this tree and thus losing their ‘slavish’ innocence, the glory of the work lies in the representation of Satan’s great rebellion against heaven, his own fall into Hell, and his thirst for revenge- using Man as his tool. Milton had been Cromwell’s Latin Secretary at the time of the Civil War and was no lover of monarchy and a bishop-led church, so all the traits of rebellion, turmoil, and retribution show in this great work. Satan’s call for a volunteer to corrupt Man falls on deaf ears with his fallen angels so he tackles the job himself and so makes his way from Pandemonium, his palace in Hell, (built as an image of St Peter’s in Rome to wind up Roman Catholics) through Chaos and the dark materials from which God had made Heaven and Earth and other worlds.

Philip Pullman makes great use of Milton’s Dark Materials in his own Trilogy called ‘His Dark Materials’. Rebellion and revenge becomes Satan’s raison d’être and the problem of good and evil does indeed become relative in his mind. He is evil- but extremely heroic and almost noble.

Nietzsche wrote that he hoped the last days of Christianity would come in his lifetime; especially German Protestantism which he claimed had ruined the noble work of the renaissance in the person of Martin Luther.

Nietzsche died in 1900 completely mad and without conscious thought, but with his wish unfulfilled. Today the Church struggles with falling attendances however and with the current shutting of all churches in Britain, with the Church of England even banning its clergy from preaching, and offering only live streaming or bell tolling from them, things currently seem worse than they are.

All of which brings me back to STC as Coleridge often styled himself. As the son of a Devon Anglican priest he held a mystical, yet Christian, view of life. However, as a radical man, in politics and outlook, he does not fit easily in the Anglican mode and indeed once considered becoming a Unitarian minister after leaving Cambridge without a degree and needing income.

Deeply in debt he also briefly served in the 15th Light Dragoons. He was ‘saved’, if that is the right word, by the gift of an annuity from the Wedgwood family and so was able to devote his time to walking, reading and writing. Unfortunately, depression and opium taking had by then also tried to save him from the world and it is in this romantic real and unreal world that the wrote his great masterpieces which appeared in the last decade of the sixteenth century. He wrote in his private papers that when asked if he believed in ghosts he always replied that he did not ‘because he had seen too many of them.’

He also provided a surprising commentary on our current unprecedented lockdown of churches in his grand tale of suffering:  thoughtless action and unachieved redemption in The Rime of the Ancient Mariner. The story is set in the Middle Ages and tells  how the eponymous central character shoots a companion albatross with his crossbow during a voyage to the southern ice lands.

The sailors see this as a bad omen and the spirits of the southern ice lands take the same view. After a hellish voyage which sees the ship assailed by storms, calms and hostile sea serpents, the crew all die and Life In Death and Death In Life throw dice for the life of the mariner. At one point the mariner finds that he cannot pray in a kind of limbo of the soul.

We are never told why the mariner kills the albatross but his arrival home is met with burning seraphs (fiery angels) and a hermit priest whom he begs to shrive him, an old verb meaning ´to hear the confession of.´ He ends the story by being driven from place to place relating his tale- in this case to a bewildered wedding guest. This is a moral tale indeed but is it Christian and is it tied to morality?  The mariner has this to say:

Farewell, Farewell!  But this I tell

To thee, thou wedding guest!

He prayeth best who loveth best,

Both man and bird and beast.

In these isolationist times we have lots to ponder and, like Milton’s Satan wishing to escape from Hell or Coleridge’s Ancient Mariner wishing to escape from his wandering curse and once more be able to attend church, point to something vital in the human spirit that wishes to escape bounds.  And in all this we are painfully reminded that not only churches and pubs, but our cherished and dwindling book shops are also closed to us, that is unless we order books online and join the burgeoning self-distancing world of cyber communication.

Perhaps that is too frightening a lockdown thought and something neither Nietzsche, Milton nor Coleridge envisaged.

Editor´s Note: We feel very proud that Michael is a regular contributor to Sidetracks and Detours. He works closely with, and represents well, the Edwin Waugh Dialect Society, is considered to be  a local historian, a writer, poet and a musician. As ever, his piece submitted this week stopped me in my tracks and made me think again. That useful trait, for such a lightly-built and quiet man, I first noticed when we worked together on a commemorative performance of the Peterloo Massacre. Many of the several facilitators of the event were passionate about what they saw as a terrible betrayal by police and government forces on the day of the peaceful assembly, but it was from Michael that we and the performers learned the bigger picture as his holistic knowledge put everything into a wider context that never condoned but instead examined cause and effect sequences. This piece, too, sets many of my favourite pieces of literature in conversation with each other. Thank you Michael.

LOCKED UP IN THE LOCKDOWN BLUES a conversation between Steve Bewick & Norman...