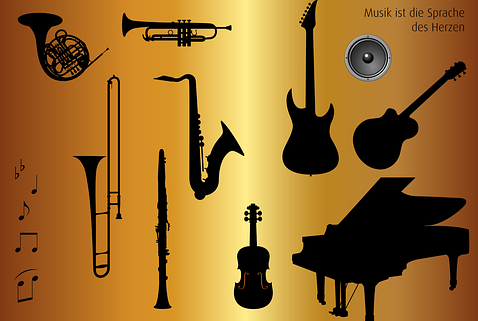 We had high hopes for our Sunday lunch concert at one of London’s prestigious jazz clubs: The 606 Jazz Club, Lott Street, Chelsea, England. We had a booking for an in-house eight piece Gospel ensemble going by the name of the 606 Gospel Group. It was billed as a great group, led by bass player Andre Gabriel, drummer Charlene and pianist, Rachael. They were to be accompanied by a five voice Gospel Choir.

The choir, being drawn from a pool of some of the finest Gospel singers on the scene, had been featured as part of the recent London Jazz Festival, as well as on BBC Radio 4 and the World Service. This was one of two events the club was putting on to celebrate International Womens´ Day. 606 Jazz Club also hosted the appearance of one Liane Carroll, winner of BBC jazz awards 2005/6 and who, at the Parliamentary Jazz Awards 2008 was named Musician Of The Year 2008.

The 606 club has been owned and run by musician Steve Rubie since 1976.  He was last year announced as the recipient of the Musician’s Company Jazz Lifetime Achievement Award 2019 at a ceremony in Tallow Chandlers Hall.

I managed to grab a quick word during our lunch time visit with Rubie, and I asked him to talk to me about the club´s history.

¨The club takes its name from its former address as it was originally a small 30 seated basement venue at 606 Kings Road,´ the owner told me. ¨The club moved to its current site in 90 Lotts Road in 1967. Its new home had a distinct red brick arched doorway. The club reopened in May 1988 and has developed so that it is currently licenced to provide food and drink for 165 people.´

Steve occasionally performs at the club he owns, with Samara, a band he leads ! This a five-piece jazz/Latin group in which he plays on sax and flute, with some well-travelled players. The pianist John Crawford has worked with a who’s who of international Latin musicians and Dill Katz, the bass player is visiting professor at the Guildhall.  Nic France, the drummer, has worked with just about everyone, including Dave Gilmore (Pink Floyd) and Bill Withers. Singer Liliana Chachian is considered to be one of the finest Brazilian vocalists currently working in Europe, with an unerring gift for melody and phrasing. The music is an infectious blend of Brazilian Samba, jazz/Latin and Soul, so I asked the club proprietor and musician how Gospel music, a far-reaching term in itself, fits into what sounds an already eclectic programme.

The music ranges from modern jazz through soul,´ he told me, ´and then to Latin and rhythm and blues to Gospel, big bands and the blues. The club has a policy of booking local musicians and as such provides a venue for some of the finest British musicians, as well as encouraging a considerable number of younger players.´

This is reflected in their give-away 606, March 2020 CD which gave a listing of recent gigs at the club this past period, including players like Sara Dowling, The Coalminers and Jeremy Sassoon (a fellow Mancunian) to name but three.

Steve further stated, ´The club gives a platform for more than ten bands a week, so making it one of the largest club promoters of jazz in Europe today. There is no entry fee. Instead the musicians are funded from an optional music charge which is added to the bill at the end of the night.´

If you were to design a club building for the purposes of hosting jazz and blues artists I doubt that you would choose a twenty foot space between the stage and the rear wall. The building has an oblong shape with a rear bar area and off space kitchen area where, judging by the vegetarian options on our visit, deserves high praise for its culinary efforts.

The biggest challenge for the club is, as indicated, its irregular performance area. I was surprised to find that nothing was in place on the walls to suppress some of the echoed notes from the performers. This was clear from the drummers playing´, which was at times rather over enthusiastic. Nevertheless, the Gospel Choir gave a good account of their skills in such difficult surroundings, even whilst being overlooked from stage left by a sketched figure of Billie Holiday.

If the cramped and irregular performance space was not daunting enough for the Choir we were informed by Steve in his introduction of them that the eight piece choir would be further challenged tonight as the ill health of one member was leaving them to perform as a seven piece unit.

At times we had the sound of a fiery fury urging the audience to denounce the devils words´, although most of the time they simply praised the Lord and sang of that Happy Day, ´when Jesus walked.´ On several occasions, too, ballads gently stroked the mood of the audience.

I left wishing good luck to both 606 and their Gospel Choir, and feeling reassured that the devil doesn´t always have all the best tunes!

I know, from reviews elsewhere in these archives of Sidetracks and Detours all across the arts, that our editor Norman Warwick similarly raves over The Lanzarote Gospel Choir, so I offer this review as a neat compare and contrast .

I also know how excited Norm was recently when I sent through a video clip of jazz violinist Olivia Moore, thereby introducing him to an artist he had not previously been aware of. He published my interview with her, and it is still available in the Sidetracks and Detours archives of all across the arts at

Of course, my visit to 606 and my chat with Olivia took place, seemingly in a different era, but in fact only around a fortnight or so ago as the world went into lockdown. I know that Norm, and hopefully all our readers, will be delighted to see the 606 web site promising, in a more reassuring manner than Arnie, that ´we will be back.´

He will, too, I´m sure, applaud the way so many artists are making such a huge contribution to at least trying to ensure our emotional and mental well-being. It has often been argued that art does not, cannot, survive in isolation but it is proving, through the virtual world that it can. I have heard of creative writing groups here in Rochdale holding workshops via technology and there have been incredible efforts by the likes of Gareth Malone to even establish a virtual choir. Norm has, himself, spoken on these pages about You Tube contributions being made available by the likes of The Staves and First Aid Kit.

He will be delighted, then, to learn that this terrible challenge to our health, does on the other hand allow many of us, including artists, time to explore new avenues of creativity. The aforementioned Olivia Moore, for example, is currently travelling in parallel with me down the information highway as she puts her music to my newly written poem telling of my recent visit to Tel Aviv, so who knows whether this might lead to wider work fusing violin and poetry?

Meanwhile, Olivia is also looking to deliver workshops in the virtual world. If she was doing this in the real world, I guess you´d have to be on her bus route for the advert to be of use to you, but I´m assuming that you could join these classes from pretty much anywhere, and make a lot of new friends, and learn or improve new skills,  from the comfort of your home. There is, you see an upside to every downer. What an explosion of creativity there will be when the world turns and we all rush out to share what we have learned in these slowed down times.