Blog
You are here: Home1 / Blog2 / Performing Arts3 / ACTING FOR THE COMMUNITY GOOD 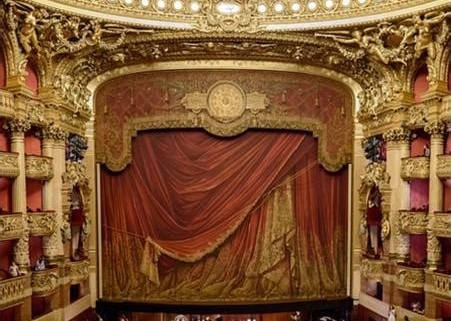 ACTING FOR THE COMMUNITY GOOD

M6 Theatre http://www.m6theatre.co.uk/ has long been recognised as a top “theatre in education” company, creating work for young audiences, and has achieved Arts Council National Portfolio status. The organisation is committed to developing and delivering a wide variety of high quality, creative arts projects for young people living in the North West of England including projects in which the young people themselves participate as the actors. Their aims in that direction were strengthened a few years ago when they were awarded a Big Lottery, Reaching Communities Grant for their project ACT NOW!

This grant funded their outreach and participatory programme for the following twelve months, allowing them to develop key partnerships with youth agencies and community groups to extend their work with young people across the Rochdale Borough in which they are based. Part of that work was delivered within their vibrant Youth theatre, re-named as The Act Now Youth Theatre, at their headquarters adjacent to a local Primary School. With previous performances including ‘The Musicians’ and ‘Dream Factory’, M6 had also seen their first group of Young People gaining their Arts Award Bronze qualification.

The Act Now Youth Theatre in its first year created groups for young people aged 8-11, 12-14 and 15-18, and with a younger age group at Belfield Primary School. The debut performances by each group looked at life head on and were all well received by the public and the media.

Invisible, devised and written by the 8-11s themselves,was a magical journey of discovery – it follows 10 year old Jo as she struggles to be noticed.  Jo seems to be invisible to her teacher, the kids at school are caught up in other friendships and even her family are so busy with their own lives that they forget to send out invitations to her birthday party!

As things get worse Jo starts to find it harder and harder to speak – one night she decides to disappear from her life and embarks on strange journey …will she discover where she lost her voice?

Knives, drugs, terrorists, bankers, and spiders are just a few of the things that scare young people today. But has it always been this way? The 12-14s took us on a journey through the past 100 years to find out. By visiting different decades and seeing what life was like then, experiencing important moments in history, can we discover why things are so hard for young people now? Or has it always been this way? Are there things that we could learn?

Glee and Glum. Everyone has the right to pursue what makes them happy. But what effect does that have on other people? In the 15-18s performance, the class were set the task of doing whatever makes them happy for one week. Michelle thinks that happiness is persuading Stuart to go out with her and Henry decides to live his week as Blackadder! Precious thinks that running away will make her happy because things at home have been getting worse. But what happens when she finds herself in London with no friends and family to help her out when she gets into some trouble?

The Belfield group also subsequently performed an adaptation of the story All Summer In A Day at their own school.

Being part of ACT NOW! Youth Theatre allows young people to create and perform drama, work with professional theatre makers, gain confidence, make new friends and experience, experiment and explore. To quote one young member, ´I like M6 Theatre because it is enjoyable and an enthusiastic place to meet new friends.  Everyone here has a sense of humour and has fun.´

all across the arts used to regularly attend the press preview performances given at M6 at which young people would perform a new production and then afterwards sit ´in character´, answering questions from the audience. I was always amazed at how diligent and articulate these young people were and how obvious it was that their involvement with the M6 Theatre Group was shaping them into well rounded young adults with an awareness and tolerance and a collection of soft life skill they might not otherwise have acquired. They were not children of any kind of privileged background and I knew from working with M6 in some social intervention projects that those youngsters they reached had often acquired a ´street wisdom´ and even sense of disillusionment that might have taken their lives in other directions had it not been for their contact with M6. To be honest the Rochdale I lived in, despite its Poundland high street, empty town centre and other evidence of a depressing collapse was actually vibrant in its number of (locally revenue funded) arts organisations striving to make a difference. In fact M6 was not even the only Rochdale based theatre company working in that field. There were also groups such as MAD Theatre Company.

Rochdale youngsters frequently benefitted from workshops designed and delivered by the wonderful Rochdale based actress, Sue Devaney, appearing, at the time of writing, in Coronation Street as Kevin Webster´s sister. She has also appeared in Casualty and she often delivered classic comedy cameos in Dinner Ladies. Her extensive stage career includes roles in several London production such as The Wind In The Willows and she undertook a ten week summer season at Blackpool Opera House in Mamma Mia ! She has also delivered a multi-part challenge in The Octagon Theatre in Bolton.

I also worked with all across the arts in an acting workshop at Rochdale Literature And Ideas Festival with another Coronation Street actress: Jane Danson who plays Leanne Battersby. Prior to the workshop I had the pleasure of interviewing her live in front of around six hundred people and her love of theatre was palpable and her belief obvious in the good it can deliver into society.

During the workshop she not only showed herself to be not a talented actress, though of course we already knew that from her delivery of gripping storylines in Corrie throughout the years, but also proved to be a sympathetic and empathetic acting coach always expounding the benefits of hard work.

Now, as we head towards Autumn 2019, M6 Theatre are planning to tour a production of Mission,…Save The World, written by two artists with long histories with the group, Gilly Baskeyfield and Dot Wood.

Captain Clever is good at code breaking and problem solving, whilst Captain Conker is super-fast and not scared of anything (except spelling!) But the superheroes have a BIG problem—a very disgruntled Mission Control (voiced by Sue Johnston OBE).

As they race against the clock, a tadpole catching competition challenges the dynamic duo to harness their strengths and overcome their differences. Working as a team, can they save the world …together!

Of course, there are similar structures all over the country, as I was reminded a couple of years ago after publishing a piece about M6 Theatre on our all across the arts pages in the Manchester Evening News Media Group. The article somehow, and coincidentally, was read by a young niece with whom I previously had only occasional family contact. Clare lives in West Yorkshire and was a student of Performing Arts at York University.

She got in touch with a brief note, which I reproduce below, illustrating the power of such artistic outreach by dedicated theatre professionals.

´Through my first year at the College, I have performed in plays that were either produced from a script or designed creatively within groups. From this experience, I have worked with other individuals who have also been involved within the acting industry. I am thoroughly enjoying learning the practical skills and theoretical knowledge needed to work in the performing arts industry, whilst also benefitting from singing and dancing as part of the course curriculum.

In addition, I have been a student at Pauline Quirke Academy and have worked in many rehearsals for plays, musicals or short films at the academy.

This has given me invaluable insight into the acting profession of today. I believe that every young child who wants to have a career in Musical Theatre deserves the opportunity to experience the activities and workshops that PQA and similarly professional organisations  can deliver. I therefore feel excited and privileged to be joining the academy as part of the PQA team, to help inspire others to be as passionate about performance as I am.´

Here at all across the arts we are grateful for Clare´s letter as it certainly confirms our faith that there are artists out there giving back to the theatre industry that has given them their living. Pauline Quirk (eg Birds Of A Feather) and Sue Devaney (eg Dinner Ladies) each enjoy a varied and successful television and stage career. It is wonderful to know that they and others like them, as well as specialist companies like M6, are not only paving the way for a new generation of performers, writers, directors and technicians but are also, at the same time, massively benefitting their communities.

This article has previously appeared, in part, in The Rochdale Observer, The Heywood Advertiser and The Middleton Guardian.

RADIO PRESENTER MEETS THE BUMS AT THE BAR