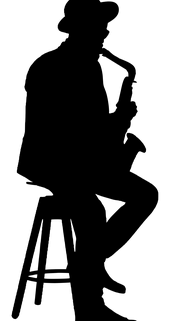 Crescent Community Radio broadcast all across the Rochdale borough. In a town where ethnic diversity was and is a well-managed yet nevertheless sensitive subject, the station is run by the Muslim community and aimed at the ‘stay at home mums and taxi drivers’ of that community. Station owner Faheem Chisti thought that a ‘chat show’ produced and presented by a team with English as their mother tongue might help his community learn to speak better and more conversational English.

So I and Steve Bewick, a jazz presenter with FCUM Radio, delivered all across the arts as a chat show, reinterpreting what we had already presented in that week’s newspaper. Steve had started broadcasting through local hospital radio and was by now presenting also for Allfm radio.

By now the aata page was being included in each of The Rochdale Observer’s weekly editions and in the weekly publications, The Heywood Advertiser and The Middleton Guardian, which I had achieved thanks in no small measure to the solid contact list and diligent work of my new partner Steve Cooke. It was only later that Bewick and I learned that Faheem didn’t really think any of his community would actually be ‘listening’ to our all across the arts show but, because radio was such a strong part of the cultural life of the station’s audience, there was a good chance his listeners might learn better English even by having it as ‘a background sound.’

I have to say that presenting the programme with Bewick in those years was a real joy, though not without moments of sheer panic.

In one of our earliest shows I remember uttering a dreadful profanity out loud on hearing from the patched-in news report that Manchester United were losing 0-2 in a European match being taped on my tv at home.

I hadn’t wanted to hear the score at all, and especially not a losing score and so blasted some expletives at Mr Bewick which I then immediately heard being blown through the air waves as he simultaneously faded out the news.

In another show, which ran from 9.00 pm., we noticed half way through that there was no one else in the premises, and as ours was the last live programme to go out before a release to looped shows overnight, nobody would be coming back until early next morning. We pleaded over the airwaves to colleagues to either ring in or come and let us out, and just as we closed the live show at 10 pm we heard the front door opening, by a staff member who had been drving in his taxi on his evening shift.

It wasn´t all so chaotic and in fact Crescent Community Radio gave us a new set of transferable ´soft life´ skills which I think we both still use today, some ten years later. It can´t have been easy turning two Rochdale ´ramblers´ into smooth-talking broadcasters for an immigrant listenership, but boy, Faheem and his staff and volunteers very nearly managed it. We learned how to ´build´ a sixty minute programme and within a few weeks were able to put together a pre-recorded show and leave it in the studio ready to air. We learned to patch in news items, (and the flaming football scores) from a remote press agency.

We preferred to actually broadcast live, and actually attracted some quite unusual guests for our kind of programme. We had the then mayor, Cllr. Jim Gartside, talking about his daughter´s work in the film industry, fine-art press publisher Andrew Moorhouse telling us about his anthologies by poets like Simon Armitage and we even had artists like John Cooke speaking about their visual arts.

There wasn´t much cultural call amongst our Asian community for Steve´s strangely-strange jazz concoctions and nor did our Asian friends jump up behind me in the saddlle as I played my favourite country and western cowboy songs.

All joking apart, though, the role of a dj presenting western art forms and tastes to an exclusively (well, perhaps not exclusively,…my wife tuned on one week) Asian audience brought with it some social responsibilities. At certain times we had to play ´call for prayer´ at times left prescribed for us on post it notes on our microphones. To miss this was to insult our listeners and would have been incredibly disrespectful. We managed it every time,… not always with panache, but we did manage it.

Although the radio station received some local revenue funding it still needed to generate further income through local advertising and sponsorship, and so timing and accuracy was required also to upload the adverts and play them on time. With news at the top of each hour, and three advertising segments of three minutes each we became adept at building the show into three fifteen minutes segments. The fourth segment of the show we passed over to our own volunteer staff member, Adam Souter. He and I had become friends a few years earlier when he was ´referred´ to me by a caring employee at the local job centre. He called me on the phone and described Adam as being a nice young lad who had suffered throughout his eighteen year life with some physical and mental health issues that were at the time making it hard to place him into gainful employment, but who constantly told job centre staff that he was a writer and wanted to publish his poetry.

I agreed to meet Adam to discuss how this might be possible but nothing could have prepared me for the eighteen stone of solid muscle and tattooed skin dressed in black trousers and a black sleeveless vest. Perhaps the scariest man, in appearance, that I had ever met, he nevertheless turned to be a young man with a poet´s soul. I loved his work and we found a way of acquiring publication after Adam learned from me how to edit and prepare his work for its audience. We organised a book launch with the help of the fantastic staff at Rochdale Borough Library Service and I will never forget how proud I was to see this strangely shy giant of a man, fielding audience questions with great courtesy and a gentle wit.

So he became one of our regular presenters of the section of the show that took a look at the arts through younger eyes than the Specsavers beneficiaries that were mine and Steve´s. Another young writer, Louis Brierley, shared duties with Adam and each of them presented reviews of computer games and the science fiction they both loved to read, and to write.

Steve and I even managed to cram some live musicians into the studio including percussionist Steve Hignett, singer guitarist Dave McKeon and ´trombone poet´ Paul Taylor as well as a wonderful young folk group we both thought had a long career ahead of them but artistic differences and some health issues seemed to disintegrate just as things were about to happen.

The building itself was in the heart of what was a very distinctively Asian area of Rochdale. Deeplish was full of cash and carry shops selling Asian foods and restaurants selling the best desserts on this side of the Taj Mahal. When we would leave the studio at ten past ten on winter nights we would always cross the road a late night shop selling cakes and pop.

They just might have been the best nights of my life.

Steve Bewick always was, and now I learn still is, a real jazz-hound. He it was who recently sent me a You Tube of the late road poet Jack Keroac riffing about the visions and work of William Blake, currently the subject of a critically acclaimed exhibition at The Tate just a couple of centuries after his death. It was Bewick, too, who heard of  the sound-scape group Juxtapostion before I did and dragged me along to a gig of their that might have been one of the most disturbing, (In a good way) gigs I have ever seen. It was also Bewick and his wife Marlene who left me twenty or more jazz albums to listen to after they had stayed with us here on Lanzarote a couple of years ago. And it is Bewick who has just sent ma an e mail raving about another band I have never heard of. After reading this article below, though, I am anxious to find out more.

I had heard them previously, (Steve Bewick tells all across the arts)  but had never seen them playing together, so I went along to experience five musicians who were starting a national tour at the Golden Lion, Todmorden, West Yorkshire. I was not to be disappointed.

The venue was a little like mother’s front room ! You know the set, all sofas, tables, chairs, lamps, patterned carpets and throw-overs. You get the idea. A punk band finishing off an upstairs show was a supporting duo of saxes and drums. They might have been as anonymously titled only as “+1 support” but they did the business in setting the mood. The night was to become all about improvisation with attitude.

Sloth Racket is a band of UK improvisers led by baritone saxophonist Cath Roberts, with Sam Andreae on bass and Johnny Hunter on drums. They play a lot of Cath´s compositions which combine written fragments and graphic notation to explore the balance between freedom and structure. The results are always different and, so far, they have followed Sidetracks and Detours across several musical territories inhabited by fiery free jazz, minimalist improvised textures and heavy riffs.

The band was formed in 2015 when Jazz North East invited Cath to present a new project at Gateshead International Jazz Festival. The delivered a gig that everyone who played in it and saw it agreed afterwards had to be more than a one-off show. They subsequently went on to appear at London jazz Festival, Brighton Alternative Jazz and the LUME festioval, and have toured every year since.

Sloth Racket have released three studio albums on the Luminous label and a live album on Tombed Visions. Their fourth album has now recently been released to complement the Dismantle Yourslef tour, of which tonight´s was the opening gig.

From the outset they attacked the air and filled it with their distinct sound. Moving seamlessly from one core motif to another or to solo improvisations and back again without ever returning to precisely the same point.

Their second, gentler, piece started with Sloth Racket divided between rhythm and bass till the tempo picked-up. Sloth struck a pose between R&R and avant-garde. From that point on there was never a dull moment as the band bent, stretched, smoothed and folded their sounds.

In fact, the final piece even re-called, for me, Black Sabbath but re-tuned for jazz. Sounds strained the Bass and Sax over Anton’s skilful guitar playing. The challenge then passed to the saxes finishing with a call for an encore which was duly delivered.