Blog
You are here: Home1 / Blog2 / Music3 / EVERYBODY TALK ABOUT POP MUZIK 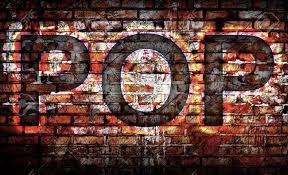 EVERYBODY TALK ABOUT POP MUZIK

In a slightly narrower sense, it means any music that lands on Billboard’s best-seller charts—or aspires to. More narrowly still, it refers to a particular slice of popular hits—those that emphasize earworm melodies, dance beats, highly polished production and big emotions. The beats and the production will evolve with each era. Tony Bennett’s (left) strings and horns may sound different than Taylor Swift’s synthesizers and drum programs, but the basic approach is the same: make the music as accessible as possible to each era’s audience and reward those listeners with hummable tunes and universal feelings.

It’s important to understand these shades of meaning, because shorthand phrases such as “pop music” lubricate our conversation. Almost as much fun as listening to music is talking about it—in the pages of publications, on social media or in actual, in-person conversations. To get the most enjoyment out of such conversations, it’s important that we share a common vocabulary and know how to use it in different contexts. Those who criticize such phrases are trying to short-circuit our dialogue. Like all enemies of pleasure, they are puritans at heart.

When we say that Taylor Swift’s new album, Midnights, is a return to her “pop music” past, we’re using the narrowest definition. She’s always tried to be as popular as possible; even her debut country album and her two recent folk-rock albums, Folklore and Evermore, earned multiple platinum discs. But those three records didn’t lean on the repeating hooks and glossy sound of pure “pop” the way her biggest projects (Fearless, Red and 1989) did. The way Midnights does.

It’s important to keep in mind that this definition of “pop” describes the sound of the music, not its quality. Sure, some people will insist that only best-selling music has any real value, and others will insist that anyone leaning so heavily on hooks and beats can’t possibly have any substance. Both views are so often and so easily refuted that I won’t even bother doing so here. As much as any other genre—hip hop, Americana, punk or blues—“pop” can be good or bad. Every genre provides a few masterpieces, a lot of pretty-good efforts and a lot of mediocrity.

Midnights proves just how masterful and substantial the best “pop music” can be. Its power comes not from Swift’s modest but likable singing. It comes from her underrated song-writing and Jack Antonoff’s glistening pop production. The seductive sound pulls us in, and once we’re inside the song, the sharpened hooks and skillful language holds us there.

Sure, Swift’s subject matter is the same as ever: the ups and downs of a young woman’s feelings as she copes with romance and her peer group. Sure, that’s limited, and you might want her songwriting to take on other concerns as the Beatles and Stevie Wonder (left) did after their early hits. But romance and friendship are the core subjects of pure “pop,” and as long as Swift chooses to work in that arena, those will be her subjects. Or, maybe, as long as those are her subjects, she will work in that arena.

Midnights opens with the throbbing, watery synth bass of “Lavender Haze,” a song that explores the foggy territory between love without trust and love without doubt, between one-night stands and marriage, between 21st century hook-ups and “the 1950s shit they want from me.”

Swift sings that she wants to stay in that no man’s land, that “lavender haze,” that “purple rain,” that blend of romance and freedom. Unlike most pop songs that try to reduce the world to binary outcomes—love forever or devastating break-up—this one offers something more nuanced, something mistier. And Antonoff’s damp, digital bloops and bleeps create the appropriate weather conditions for the lyrics.

The song defines what’s at stake for the rest of the album. Love is often disappointing, but it’s hard to give up on. But how much should you compromise to get it? How much of your independence can you sacrifice to get the affection you crave? This question is especially acute for the young women who are Swift’s core audience, who are still subject to expectations of wifehood, that “1950s shit.”

Swift addresses this dilemma explicitly on “Midnight Rain,” where she looks back through “a deep portal, time travel” at a teenage boyfriend who “wanted a bride. I wanted my own name…. He stayed the same; all of me changed.” Antonoff’s eerie waves of sound reinforce the Twilight Zone atmosphere. Swift’s vocal bounces along soothingly when she sings, “He wanted it comfortable,” but twists out of the harmony when she adds, “I wanted that pain.”

On songs such as “Karma,” “Bejeweled” and “Vengeance Shit,” she returns to her old gambit of getting back at old lovers who tried to fence her into a role or dump her and forget her. Other songs such as “Snow on the Beach” and “Sweet Nothing” celebrate love that’s flourishing. She’s an expert at both “pop music” strategies, but this album is most interesting when tries to make sense of the space in between. These more nuanced numbers push her songwriting forward, even as she’s returned to Antonoff’s synth-pop minimalism.

A good example is “Maroon,” which juxtaposes the best days in a relationship against the worst—“Dancing with you in New York with our shoes off” one day and “Hollow-eyed in the hallway” the next. Tying the highs and lows together—and suggesting how inseparable they really are—is a series of crimson images: a burgundy wine stain on a T-shirt, a blush in the cheekbones, a hickey on the neck, lipstick on a telephone, sunset on the horizon. The vocal may be fluid and easy, but the chittering beats are agitated.

When Swift occupied all 10 slots on Billboard’s top-10 singles chart for October 21-27, the #1 song was “Anti-Hero,” a track that uses the big thump and all-conquering hook of “pop music” to undermine the genre’s theology of certainty. “I’m the problem,” she sings over a descending melody that falls like a surrender. Just as Chuck Berry (right) once boasted of “campaign shouting like a Southern diplomat,” Swift is confessing, “My narcissism I disguised as altruism like some kind of congressman.”

She strings together rhymes (“devices,” “prices,” “vices,” “crisis”) like a hip-hop emcee to suggest that things are spinning out of control, and she can no longer paper over the problem. “I’ll stare at the sun,” she sings, “but never in the mirror.” But now she does look in the glass and delivers a catharsis that pop too rarely provides. It’s her songwriting that makes the difference: both in the lyrics’ details and in the melodies’ left turns.

A 2022 pop album that shared Swift’s songwriting ambition was Lizzo’s Special the follow-up to her 2019 breakthrough Cuz I Love You. The new project retains the anthemic hooks and party beats of its predecessor but adds more psychological depth to the lyrics. She’s no longer content to merely trumpet her desires, bemoan their frustration and celebrate their fulfillment. Now she’s questioning those desires: How much can she put up with to find love? How can she balance her friendships with her lover? How can she stop sabotaging her own efforts with doubts about her body image and celebrity?

Like Swift, Melissa “Lizzo” Jefferson loves language. When it’s time to put the pressure behind her and cut loose, she declares, “It’s bad bitch o’clock, yeah, it’s thick-thirty.” When she and her pals want to balance work and fun, she sings of “CEOs” who become “C-E-Ho’s.” When she celebrates bisexuality, she sings of “Mona Lisa moaning in the room.” But beyond mere wordplay, she allows the listener to eavesdrop on her internal dialogues as she tries to convince herself that she’s worthy of all the love she craves.

This is all irresistible, because Lizzo’s vocals seem so guileless, as if she were your good friend who lacks a filter. Her big soprano has a rubbery joyfulness that invites everyone to join the dance. She comes out of the hip-hop world, but her embrace of melody is whole-hearted, and her borrowings from old-school soul acts such as William Bell and Kool & the Gang give her songs a reach beyond the current moment.

Then the dance-floor synthesizers come crashing in, and we know we’re in the land of pure “pop.” Soon we’re swept along by the momentum as the guitars, synths, vocals and Hull’s live drums push each other forward, justifying the song’s title, “Overdrive.” When the synths drop out to leave the guitars naked, it’s like the eye of a hurricane, because we know the oasis of calm will soon be shattered again by the wall of sound.

Rogers’ lyrics aren’t much, just fragmented phrases that hint at the nature of the drama in the music. But her vocals are astonishing, and not just because they’re so muscular and percussive. She has a smooth version of her voice, where the bell-like tone expresses her most vulnerable desires on the verses. But she also has a rough version, where the furry tone on the choruses reveals her impatience with any delay is satisfying those desires.

You can hear this most clearly on “Want Want,” where the verses offer a sweet prayer that her newest romance “won’t be a mess.” But on the chorus, the gloves come off and she’s barking at her new lover about the urgency of her “want, want.” Once again, the words don’t say much, but everything you need to know is in the juxtaposition of her two voices and in the shifting from one to the other.

These three albums are proof that “pop” has more going on than it’s usually given credit for. Artists don’t have to move beyond “pop” to achieve loftier ambitions. There’s plenty of room for nuance and drama amid the hooks and beats.

turning of the jazz MOON TO GOLD