Blog
You are here: Home1 / Blog2 / Uncategorised3 / THE LIGHT WE CARRY: overcoming in uncertain times 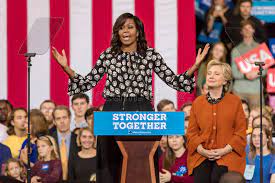 Michelle Obama says she was bound by “anxiety and fear” during the pandemic, and needed to find ways to cope and deal with her stress in order to move forward

The former First Lady took to Twitter Sunday, sharing the inspiration behind her new book, The Light We Carry: Overcoming In Uncertain Times. Hitting stores and available online since Nov. 15, the 336-page hardcover draws on Obama’s experiences over the last few years, offering what she calls a “toolbox” of strategies to stay hopeful and optimistic amidst the many challenges of life.

Obama says the pandemic was a difficult time for her, sympathizing that it was “leaving us isolated at home during a time of uncertainty. And like everyone else,” she wrote on Twitter, “I had a lot of questions about how to overcome anxiety and fear when it felt like the ground was moving beneath us.”

The questions from others, and doubts in her own mind, ultimately compelled her to write The Light We Carry, which will take the form of first-person anecdotes and lessons learned from Obama’s time in the White House and her life as a mother and spouse. “It’s a collection of practices and perspectives that I draw on when I need to stay balanced and confident, especially in times of anxiety and stress,” she explains.

The new book comes four years after the release of Obama’s memoir, Becoming, which sold almost a million copies on its first day of release, and went on to become one of the best-selling books of all time (not to mention a best-selling audiobook).

The First Lady gave a nod to her first book in her Twitter post Sunday, when describing what readers can expect from The Light We Carry. “Some of these tools are habits. Some are actual physical objects. Others are attitudes and beliefs from my on-going journey of becoming,” she wrote. “I poured a lot into this book, and my hope is that it might give you some ideas for your own journey.”

According to her publisher, the title of Obama’s new book is taken from her belief that everyone possess an inner flame and that people “become bolder with brightness.”

“Even when the world feels dark and uncertain,” she writes, “we always have the ability to kindle our own light by looking inside ourselves and then sharing it with others.”

The Light We Carry: Overcoming In Uncertain Times is now available on hardcover online. It is also available as an audiobook, narrated by the former First Lady herself.

Obama will be promoting her new book on her “The Light We Carry Tour,” which kicked off in Washington and wrapped up Dec. 13 in Los Angeles. Obama was joined by some of her famous friends as moderators, including Ellen Degeneres, David Letterman, and Tyler Perry.

The information for this article was acquired from BookPage, (right) recommendation guide for readers, highlighting the best new books across all genres as chosen by our editors. Starred  titles indicate a book that is exceptional in its genre or category. BookPage is editorially independent; any publisher-sponsored content is clearly labeled as such.

Obama describes the publication of Becoming as “one of the happiest and most affirming periods of my life so far.” That said, the night before starting her international publicity tour, she lay in bed, terrified at the thought of the arena-size audiences she would soon face. As it turns out, Obama is a worrier who understands all too well that “your fearful mind is almost always trying to seize the steering wheel and change your course.” She offers a supreme example: When her husband wanted to run for president, he first asked for her blessing. “I was pretty ready to shut it down,” she writes, because she didn’t want to launch their orderly family life into inevitable chaos. “It’s strange to think that I could have altered the course of history with my fear.”

Much later, the COVID-19 pandemic knocked Obama off her feet, sending her into what felt like a “low-grade form” of depression. During lockdown, she found salvation in an unexpected place: teaching herself to knit by watching YouTube videos. That story is one of many private moments she shares in The Light We Carry. For instance, she admits to an ongoing frustration with her husband’s lack of punctuality, writing that “when feeling cornered, it turns out, I am capable of saying some stupid, hurtful things.” It’s comforting to hear that our heroes are human, and Obama’s signature openness—in addition to her encouraging, sometimes funny, always chummy voice—make her relatable and admirable throughout the book.

The Light We Carry contains a multitude of other poignant, amusing anecdotes and helpful advice for all types of readers: anyone feeling marginalized; young people finding their way in love, education and careers; parents of young children; and just about anyone trying to keep a steady course in the world. Michelle Obama writes about the importance of forming and nurturing friendship (which isn’t easy to do when the Secret Service surrounds a potential new friend’s car) and imparts a lifetime of lessons from her parents, who showed her “what it felt like to be comfortably afraid.”

In these frequently dark times, The Light We Carry feels like a hug from a trusted advisor and a good friend. As Michelle Obama writes, “The practice I’ve had in finding and appreciating the light inside other people has become perhaps my most valuable tool for overcoming uncertainty and . . . keeping my hopefulness intact.” As one of the brightest lights in America, Obama helps shine the way for others along our shared path.

EIGHT DAYS A WEEK ON LANZAROTE