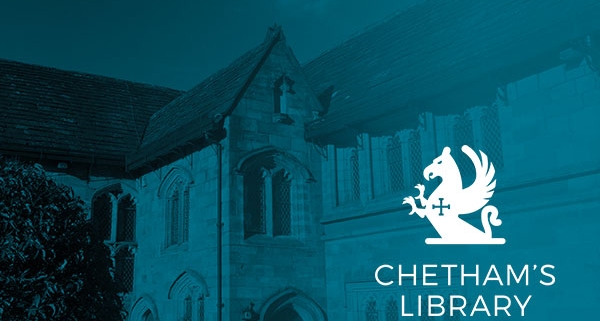 Whenever I was working as a freelance writer in Manchester in the seventies and eighties there were several small areas within the city centre that had their own niche attractions and created their own atmosphere. There were the beautiful Piccadilly Gardens and the then still somewhat steamy Victoria Station a place full of brief encounters far too near to the histroric Cathedral. There was the long through-fare of Deansgate with its high-end shops and there were the dark unlit roads beside the Bloomer Holt timber yard on the dockside by Old Trafford.

Then there was Shude Hill, with its rare, literary, dirty (delete as appropriate) books. There were music shops, too, where I could find the new Ámericana music that would never find its way into the High Street record stories that were still selling Kathy Kirby and Ken Dodd. Just around the corner from this was Chetham´sSchool Of Music, educator of so many who went on to a career in music.

Just across the road from Chetham´s School of Music,  Stoller Hall, on Hunt´s Bank,is a venue that wants to create unforgettable live music moments for all its audiences, from the first sound to the last word.

It is based in the heart of a Manchester very much re-gentrified over the last half a century, (when  I would spend hours in the eccentric Afleck´s emporium on Market Street or at the George Davenport Music Shop on Oxford Road, or browsing in the open air record bins at the Shude Hill market) and it sounds like new buildings have spring up, or old buildings have been revived.

I´m told stepping into The Stoller Hall is like nowhere you have ever been before. Built in 2017, (two years I had retired here to  Lanzarote) the Hall has been specially engineered to provide a totally immersive experience. Designed as a box within a box, the performance space has very low noise levels and a variable acoustic system, which means audiences can truly hear, feel and almost see the music.

Connect with the music and come as you are is the advice from Stoller Hall. There’s no dress code, you don’t need to know your Beethoven from your Bach, and you certainly won’t be shushed by an usher.

Their adventurous programme ranges from classical and chamber, folk, jazz and contemporary music to spoken word, comedy and family events.

When Stoller Hall opened its doors, beginning with a live broadcast of BBC Radio 3’s In Tune and including performances by jazz pianist Gwilym Simcock, comedian Ted Robbins ( I guested on Ted´s morning show on BBC Radio Lancashire in the nineties, but it obviously never held him back) and conductor Sir Mark Elder, alongside an orchestra of student and professional musicians.

Soon after opening, The Hall’s stunning architecture, which was designed by Stephenson STUDIO, received a national RIBA Award. Acoustics by Arup have set a standard described by Robert Beale from the Arts Desk as, “deliver(ing) the music as if every hearer is in the conductor’s shoes.”

As well as being home to the best in classical and contemporary music, The Hall is also available as a unique space to hire. Entering through the stunning Atrium, you will be impressed by the central space for exhibitors and receptions alike. The Stoller Hall boasts superb technical facilities and an in-house crew to ensure the smooth running of all events. The Stoller Hall is ideally placed to support any event or conference; located directly opposite Victoria station, within easy access to local and national transport networks.

From conferences to corporate lunches, organisations including The Prince’s Trust, Manchester City Football Club and the Association of British Orchestras are regularly choosing The Stoller Hall to hold their events.

Appearing at Stoller Hall, later this week on Friday 18th November   will be Music of the Unseen is an interdisciplinary collaboration between acclaimed composer Bobbie-Jane Gardner and Academy Award nominated documentarian and photographer Brian (B+) Cross.

the performing musicians will be Project Instrumental Ensemble

This collaboration celebrates the legendary musical contributions of composer-arranger-producers Charles Stepney & David Axelrod. Featuring new arrangements and interpretations of Axelrod and Stepney’s music, their music will be performed by the genre-liberated Project Instrumental ensemble, with live visuals and experimental film.

Composer-arrangers are often in the periphery, unsung, their work is often behind the scenes but their contributions are felt, elevating the sounds of pop/jazz and rnb with dazzling orchestral embellishments, voicings and compositional developments to dizzying heights.

Join the audience for what will be an incredible journey that shines a light on the sounds, stories and the musical communities impacted by the lives and musical careers of Step and Axe.

Audiences are invited to join us for an after-show party with curated DJ sets from Manchester’s Mr Scruff and Jon K, inspired by the music of Axelrod and Stepney.

The Stoller will be holding a very special event in the Spring of 2023 when it hosts Tommy Blaize and the New York Jazz Oechestra presenting the music of Ray Charles on Friday 10th march at 7.30 pm.

The father of Soul, Ray Charles changed the course of music history with his pioneering combination of gospel, jazz, and R&B. Nicknamed ‘the Genius’, he would become one of the most recognisable artists of the 20th century, his hoarse voice and passionate performances made him an icon, celebrated across the globe. A prolific pianist, singer, and composer, Charles was also an important figure in the American civil rights movement of the 1950s and 60s. His refusal to perform at racially segregated venues would lead to a life-ban from his home state of Georgia, who would later apologise and make his version of Georgia on My Mind the official state anthem.

In 2023, NYJO is touring a programme in celebration of the history and immeasurable talent of Ray Charles, to whom all jazz musicians and fans alike owe so much, featuring the brilliant singer, Tommy Blaize. A fantastic opportunity to see a 19-piece band of some of the most talented young jazz musicians in the UK take the stage with one of the country’s finest vocalists.

As lead singer of the BBC Strictly Come Dancing band, Tommy Blaize’s powerful yet sensitive performances have helped create some of the most memorable TV moments of recent times.

Singing live to an audience of more than 12 million every week, his soulful voice is etched in the public consciousness. Tommy began his singing career at the tender age of nine with The Blaize Brothers, alongside siblings Tony and Darrin, playing in clubs across the North-West of England in the 1970s. In a career spanning a remarkable 50 years, Tommy has gone on to work with some of the world’s most legendary and renowned artists, from Diana Ross to Queen, The Beach Boys, Amy Winehouse, Joe Cocker, and Stevie Wonder.

Meanwhile, across the road, Chetham´s School Of Musicare delighted to be welcoming visitors and readers to their Library! Click to book a tour using the online system here. You can also visit their blog, and follow them on social media (Twitter, Facebook, Instagram)! Please use the email addresses under Contact Us to get in touch.

I have childhood memories of listening to recitals at Chetham´s School Of Muisc in the sxties and seventies.

You can enjoy an exclusive after-hours, self-guided tour through the medieval stone passages, secret staircases and richly panelled rooms of Chetham´s Library. After the Library .has closded to the public for the day and after the dust has settled, Chetham´s will be opening rooms and passageways that are normally closed to the public, for a unique and magical experience. Please note, though, that due tot he nature of the building, lighting will be low in some areas. The tour is suitable for adults and young people over the age of fourteen and will take place on 23rd November at 7.30 pm in The baronial Hall. Ticketts are twelve pounds plus a one pound booking fee.

it certainly sounds like visitors might danc e the old Shude Hill soft-show shuffle along this exciting journey.

The library conrtains a miniature two volume Vellum Bible, dating from the thiorteenth century, which was given to the library by ´Roger kenyo of Manchester´sometiome before 1680. Poetry in The Margins, (foreshadowing a phrase I have heard employed by today´s Poet Laureate, Simon Armitage) is a Marian Missal, annotated by Lawrtence Langley., It is the smallest of the Library´s Bible manuscripts, measuring only 14 x 10 cm and is written on high quality Vellum. It neverless contains all thed books of the Old and New testaments as well as a set of prologues which provide commentaries on some of the books.

Recently Chetham´s Library was grateful to receive a donation from Kathleen Bann. Her late husband, Leslie Peter Bann acquired the book, Sir Charles Halle´s Concerts In Manchester 1858 to 1895, purchased from one of the rare-boos stalls in Shude Hill in the nineteen fifties. The piece is special not only sentimerntal, but also to the Chetham´s collection and to Manchester´s cultural history.

Public support helps Chetham´s to continue their work assisting readers, caring for the collections, and preserving their historical buildings for furture gneratiuons to enjoy, so you are invited to donate if you are able.

If you would like to find out more about the different ways to support Chetham´s work you can e mail development@chethams.com or even telephone 0161 838 7202. Sidetracks And Detours are certain they would love to hear from you.

The donated book details how, in 1857, Charles Halle formed an orchestra to perform at The Manchester Arts Treasures Exhibition. They would be known as The Halle orchestra from their first public concert in january 1858. The Halle still exists to this day, of course, and reamins an important part of Manchester´s musical culture. Mr Bann attended one of their later concerts in the nineteen fifties. This detailed work offers a rare insight into those performed for ther Halle and how popular their performances were even in those early days. To find out more about The Halle orchestra, past and present you can check them out at