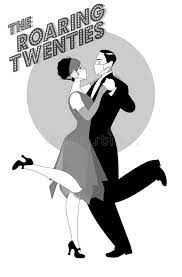 MUSIC MEANDERS ALONG M62 AND M60

with Alan Lawless and Graham Marshall

Whilst it is not wholly unreasonable to conjecture that bees and even educated fleas do it, bursting into song is something that Rochdale Jazz Club audiences have historically held should be strictly the for the birds or – more politically correctly perhaps – for the fairer sex.  As the incomparable Monsieur Chevalier recommended, we unfailingly ‘Thank Avians For Little Girls’?

Soit ce comme il faut, mes amis,  it quickly became apparent at this our latest Chadderton Reform Club gig that to the very short shortlist of those with the ability to have us eating out of their hands – as had American jazz and blues diva Marilyn Middleton, as had Suzanne Mott and as had Olive Rudd – should be added the name of Roaring Twenties’ vocalist Suzanne James.(left)

Only as the strains of the evening’s closing number were dying away did it dawn on us that of the twenty numbers heard over two outstanding sets no less than thirteen had featured Suzanne who, as had the redoubtable Miss Middleton with New Orleans Wiggle all those years ago, effectively reduced her accompanying band-fellows to the status of a backing group.

For the record, said group comprised their leader David Hepworth on clarinet and tenor sax, his wife Liz Hepworth on double bass, Suzanne’s husband Simon James on (he insisted) “long” cornet, Andy Bramhall on banjo and guitar and “in from the cold” and what David somewhat flippantly referred to as their “other” band  (namely Washington Whirligig)  Rob Cottrell on drums.

Bold and brassy to a man, they kicked off with That Da Da Strain and Tin Roof Blues before Suzanne brought us a taste of things to come with Everybody Loves My Baby’followed by the  first of her “story” songs, Aggravating Papa, and a high octane Charleston before other half Simon’s tour de force, Armstrong-style, Potato Head Blues. After this came Willie The Weeper then Suzanne really put the pedal to the metal with another story song, How’m I Doin’ Hey Hey, swung into I Can’t Give You Anything But Love Baby and ended the first set sounding uncannily like Marilyn Middleton had in Castleton several years ago with Miss Jenny’s Ball.

The second set began with Milenburg Joys and during some intriguing trade-offs here between David and Simon –  who needs a trombone player anyway? – we were left wondering precisely what had been Buddy’s Habit then it was over to Suzanne again for I Found A New Baby, Hard Hearted Hannah and ‘Deed I Do.

David and Simon came to “blows” on  Climax Rag, Suzanne lamented (again a la Middleton) that You Got The Right Key But The Wrong Keyhole, was delighted to be Putting On The Ritz, downcast at the non-receipt of One Sweet Letter From You and brought proceedings to a close with Yes Sir That’s My Baby.

Editor´s note :      The Marilyn Middleton gig referred to in Alan´s report was actually the last gig I attended at the Rochdale Jazz Club´s Jazz On A Sunday events before coming over here to retire on Lanzarote.

Marilyn Middleton Pollock (born October 25, 1947 in Chicago , Illinois ) is an American singer who initially worked in folk and rock before turning to jazz singing .

Middleton Pollock (right) began singing folk music professionally when she was fifteen. She expanded her repertoire into rock & roll and blues before turning to jazz. In the late 1980s she moved to England where she worked with Max Collie , with whom she also toured internationally. Their album Nobody Knows You received the 1988 Music Retailers Association Award for Excellence . She appeared on the theater show A New Orleans Mardi Gras and thereafter in her critically acclaimed solo shows Those Women of the Vaudeville Blues and Jazz Me Blues . For BBC Radio 2From 1994 she produced the series Vaudeville, Red Hot and Blue with her jazz band The Chicago Hoods . She has toured the UK with her Chicago Hoods on several occasions.

I had vaguely known Marilyn in her earlier parallel life as a folkie. I interviewed her during that period when she had recorded, Peace And Love And Understanding written by Stanley Accrington, a brilliantly, funny, irreverent but caring and compassionate songwriter from Rochdale. When I arrived to see the American lady give what, as Alan says, has become a fabled Jazz On A Sunday concert, there was Stanley, a pal I hadn´t seen for years, sitting in the front row.

Nothing could have prepared me for the performance she delivered that night: sexy and sassy as hell, she purred and growled as she strutted and prowled the stage.

Truly, the stuff of legend.

We spoke earlier in the article of all the genres of music to be found in Rochdale but a trip up the road for about fifteen miles will lead you to a symphony orchestra.

INVITED BACK AFTER RAVE REVIEWS

tells Sidetracks And Detours the decision was justified

Russian cellist Svetlana Mochalova and Ukrainian pianist Slava Sidorenko (left) first met at the Royal Northern College of Music. A musical relationship blossomed into a personal relationship and the couple are now married. Between them, they’ve won multiple awards and performed at venues including the Purcell Room, the Barbican, Wigmore Hall and Glastonbury. As part of their mission to engage with audiences in a more imaginative way, they’ve developed their own Sveta & Slava app. This allows concert goers to see their Music a la Carte menu and vote for the pieces the duo will perform. Their debut CD, ‘Rachmaninoff’, was released in January 2018.

A previous performance earlier in the year saw Rochdale Music Society invite the musical duo for a return visit recently.

Here’s my latest concert review. It was a most enjoyable afternoon at St. Michael’s.

They began with a set of three Fantasy pieces by Schumann. These were originally going to be called ‘night pieces’, and the somewhat nocturnal feel to them was clearly to be felt in the dreamlike warmth of the performance which revealed the deep artistic understanding of each other’s technical accomplishment enjoyed by this husband and wife duo.

Two very similar pieces followed: Fauré’s ‘Après un rêve’ and Elgar’s ‘Salut d’amour’. These delighted the audience by their musical outpouring of restrained, yet impassioned, romantic love well conjured up by the subtle touches of the players.

In almost stark contrast, the music of the next piece, ‘Il bell’Antonio’ by Giovanni Sollima – an adaptation of a theme from a 2005 Italian film – provided the players with an opportunity to demonstrate their equal capacity for communicating the drama of a sense of brooding loneliness.

And so, in a sense, did the next piece, an arrangement of Debussy’s song, ‘Beau soir’ (Beautiful evening) with its portrayal of the sense of peace to be felt in our youth on a warm, summer evening leading on to the unsettling realisation that everything has to come to its appointed end: the river goes to the seas, human life to the grave.

The penultimate work was the Introduction and Polonaise brillante in C major by Chopin. This is one of the composer’s early works (Op. 3) and challenges both performers to build up a sparkling dialogue of technical brilliance, to which Sveta and Slava responded with full marks plus!

The programme ended with a Spanish flavour conjured up by the contemporary, prolific Russian composer, Rodion Shchedrin. His ‘In the style of Albéniz’ made for a warm and colourful end to an attractive and engaging programme. Though not quite the end on this occasion, because the audience inevitably wanted an encore and they were rewarded with an entrancing account of Saint-Saens’ ‘The Swan’

There had been a large attendance, and after the concert members of the audience were to enjoy a Cream Tea served by Trustee members of the Society: altogether a very enjoyable afternoon.

photo pome The second concert of our 2022 / 3 series takes place on 17th October.when the Pomegranate Trio will deliver some beautiful music by Faure, Debussy and Ravel,

The rest of our season consists of

*There are concessions for carers, the unemployed and others.  Ask about them when booking.

*There are also reductions when you buy more than one ticket.  Ask about them when booking.

AUTUMN SERIES TICKETS may be reserved by contacting Graham on 01706 642139
or email at info@rcohdalemusicsociety.org
Tickets will be made available at the door from 7.00pm onwards and should be paid at the time for by cash or by card.

SPRING SERIES TICKETS may be purchased in advance by visiting the Box Office at Middleton Arena or telephoning 0300 303 8633 for print at home (with 5% booking charge).

Editor´s note: Of course , Rochdale folk are lucky enough to have a wide choice of live music genres delivered in the Borough. Music fans also recently had the opportunity, for instance to have a listen to

Here are the details of our next concert, on Saturday 19th November at 7.30pm at The Victoria Hall, Bolton. It’s a really interesting programme! We will be performing Poulenc’s La Voix Humaine, which is a one act solo opera for soprano, featuring Jane Burnell Soprano. The story is of a lady making her last phone call to her lover, who has fallen in love with someone else.

In the second half of the concert we will perform Vaughan Williams’ Pastoral Symphony, which also features Jane Burnell Soprano in the last movement.

All details and tickets available via our website: https://www.boltonsymphony.org.uk/

That there is such a melting pot of music to be found along a fifteen miles or so stretch of motorway suggests the UK might one day be attracting tourists to the M62 / M60 as Route 66 attracts tourists to the USA.

JOIN US IN JAZZ