Blog
You are here: Home1 / Blog2 / AATA3 / when my musical fix gave me PUMPED UP KICKS 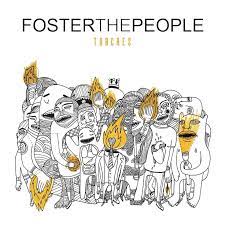 when my musical fix gave me PUMPED UP KICKS

I just thought it was a wonderful song. An incredible instrumental hook, superb production values and infectious rhythm had me firmly labelling it as a pop song. As that pop song slowly faded from the charts, though, I had come to realise that, similar to I Don´t Like Mondays, perhaps, the song was a wolf in sheep´s clothing. I still love the song but now hold a very different perspective.

I was reminded of all this in an excellent article, published in American Songwriter, and written by Catherine Walthal (left).

Catherine is actually an Assistant Editor at American Songwriter. As a ´word nerd with a degree from the University of the South: Sewanee´, Catherine feels at home supporting the media company´s print and digital publications. Behind the sces she routinely jams out to the music, featured in the stories, that she helps bring to life. All in all this Assistant Editor loves to creatively support creative. Catherine recommends that our readers check out the latest edition of the American Songwriter.

That allows me the opportunity to reiterate here that when Sidetracks & Detours editorialises and forwards such articles from Amercan Songwriter magazine, or from Paste on-line, we always acknowledge the source and re-state that we are suggesting that  our readers look for these sources, too

American Songwriter is a magazine, or an organisation is probably a better word, that serves as a network and advisory service for aspirant songwriters whilst also publishing interviews with established singer-writers and regularly examining famous songs for their ´real meaning´.

´He wrote commercially for ​​brands like Honey Bunches Of Oats and Verizon. But Foster had bigger dreams for himself, and he knew that he had a lot to tell the world. So, he enlisted drummer Mark Pontius and friend/bassist Cubbie Fink to help him bring his songs to life. Together as Foster & The People, which evolved into Foster the People, the musicians released their debut song “Pumped Up Kicks” on September 14, 2010.

“Pumped Up Kicks” holds a darker meaning behind its alt-pop dance sound. Foster wrote the track from the point of view of a deeply troubled youth named Robert, who’s named only once at the beginning of the song.

Robert’s got a quick hand
He’ll look around the room, but won’t tell you his plan
…
Yeah, he found a six-shooter gun
In his dad’s closet, and with a box of fun things
I don’t even know what
But he’s coming for you, yeah, he’s coming for you

“I wrote ‘Pumped Up Kicks’ when I began to read about the growing trend in teenage mental illness,” Foster told CNN Entertainment in a 2012 interview. “I wanted to understand the psychology behind it because it was foreign to me. It was terrifying how mental illness among youth had skyrocketed in the last decade. I was scared to see where the pattern was headed if we didn’t start changing the way we were bringing up the next generation.”

If you’ve heard this song once or twice, you would’ve heard the chorus that warns: All the other kids with the pumped up kicks / You better run, better run, outrun my gun. What are pumped-up kicks, exactly?

Foster is likely referring to the ’80s and ’90s somewhat popular shoe, the Reebok Pump basketball shoe. When wearing the shoe, you had the option of physically pumping up the sneaker to inflate a better fit. In 1991, this sneaker peaked in popularity when Dee Brown of the Boston Celtics won the Slam Dunk Contest in the shoes.

The Reebok Pump was also pretty expensive at the time, initially selling for $170. This price point likely caused jealousy among kids because not everyone could afford them. Hence why the troubled Robert targeted the kids with the pumped up kicks—he wasn’t like them. He didn’t have the shoes.

Initially, Foster the People (left) used this song’s virality as a platform to speak out about gun violence. But now, Foster is having second thoughts.

“So it’s something that I’m really wrestling with, but I’m leaning towards retiring it [‘Pumped Up Kicks’] because it’s just too painful,” Foster told Billboard. “Where we’re at now, compared to where we were 10 years ago, is just horrific.

“Because shootings have continued to happen, and I feel like there are so many people that have been touched, either personally or by proxy, by a mass shooting in this country—and that song has become almost a trigger of something painful they might have experienced. And that’s not why I make music. At some points, I do make music to bring awareness to something, but I make music to connect with people, and I feel like the awareness that that song brought and the conversation that that song brought, that’s been fulfilled. We’re still talking about it 10 years later. It still gets brought up,” he said.

Of course, mine is not the first generation to respond to a serious or sad song as if it were a perfectly ephemeral three and half minute pop song. Surely I wasn´t the only one singing along tunelessly to Ebony Eyes by the Everly Brothers (right), not having listened to the verses and still blissfully unaware of the tragic death the song actually spoke of.

I Don´t Like Monday´s (left, by The Boomtown Rats) never was just a pop song bemoaning the fact that weekend has gone and workdays are here, but in fact was a quite forensic exploration of a multi-killing madness.

American Song-writer constantly reminds generations, who might be familiar with a record only because they see it in Best Of Lists compiled by dinosaurs like me, or hear it occasionally on a golden oldies show on the radio, that some songs can step outside that context, and actually have great deal to question,…. and often answer.

There is, perhaps, and interesting postscipt to this story. The barfs and restaurants here on Lanzarote are always keen to aim their playlists at Englñish speaking tourists, and it is true that the staff here at Sidetracks And Detours spend a lot of time in those bar, working on our lap-tops . We alwsys find ourseleves singing along to half-forgotten favourites being played through the speakers. These are rarely the original recordings, because theire is a supplier of music that sells to the restaurants lots cds of great songs recorded,, usually in a gentler fashion, recorded by various musicians making a crust by taking on such work. Just occasionally it all goes wrong, and a track we have long treasured as a song with something to shout a protest about becomes an apologetic whisper, However, there is a version of Pumped Up Kicks that we hear a lot of. It has retained the incredible production values of the original whilst slightly slowing the tempo and adding sdome glorious under´stated harmonies. Isn´t there a saying that ýou can´t keep a good song down?¨ Well, if there isn´t there should be.

And that has set me thinking about how I might be able to generate a series identifying some of these artists who almost anonymously provide the soundtrack to The Sidetracks and Detours of Lanzarote. They deserve the recognition.

MIKE NESMITH  walked to the beat of a different drum.