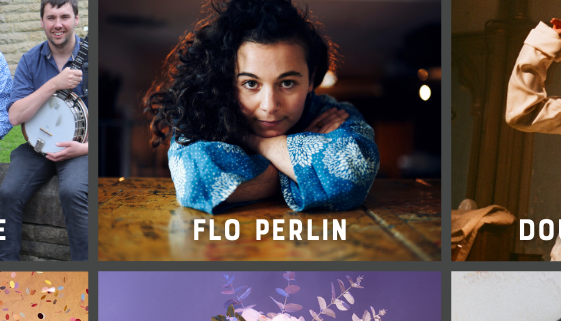 MANFOLK TO RISE AGAIN IN OCTOBER 2022

Given where i was living at the time it is perhaps no surprise that Manchester England, England (across the Atlantic Sea) was my favoutite song in teh Hair, the first musical I ever saw. Now that I live here on Lanzarote, and Manchester, England, England Tom Besford and his colleagues at English Folk Expo I am delighted to be kept informed of what is going in my old stopming grounds and Sidetracks And Detours are absolutely thrilled to share with our readers the English Folk Expo press announcement about the  new wave of artists joining the line up for this year’s Manchester Folk Festival 13th – 15th October 2022!

All shows now on sale!

Want to get to know the artists? Check out our MFF 2022 Spotfiy Playlist

English Folk Expo strive to bring the very best in current folk and acoustic music, to present a rich mix of styles and artists who approach folk and storytelling from different perspectives. And we hope we’ve done just that!

In HOME’s Theatre 2 we welcome two brand-new projects – one using folk and storytelling to revisit stories of social change and one centred around global cultural collaboration.Reg Meuross’ Stolen From God is a song cycle unfolding the history of England’s involvement in the Transatlantic slave trade and new commission, Touchstone, brings together traditional English and Kashmiri songs and tunes.

Following on from the success of 2021, we once again bring our Festival Club to the first-floor restaurant in HOME. Starting on the Thursday night and running from 11pm – 1am each night of the festival, the bustling club atmosphere is the perfect way to finish off your night at Manchester Folk Festival whilst being treated to three of England’s up-and-coming folk artists.

Reg Meuross is an artist we have featured many times on these pages. It is incredible to think it is thirty years since I interviewed him in a Lonbdon opub when he was then a member of the best of Hank Wangford´s various line-ups of The Lost Cowboys.

Reg Meuross (left with Stolen From God)  is an English singer and songwriter based in Somerset.

Meuross first emerged on the British acoustic music scene when he formed The Panic Brothers[1] with comedian Richard Morton in 1986. Five years of touring and TV work followed their album In The Red, produced by Clive Gregson with the “Brothers” appearing regularly on TV, including Friday Night Live, and at Edinburgh, Sidmouth, Glastonbury and other festivals.

Meuross’s solo recording and touring career began in 1996. As a solo artist he has released 14 albums. In his review of December in 2016 Robin Denselow described Meuross in The Guardian as “..one of the more versatile, under-sung survivors of the English acoustic scene.”

Later in Theatre 2, Moxie bring their own sound of an Irish tradition inspired by global and contemporary cultures. Impossible Theatre, a brand new venue for the festival this year, hosts Hollie Rogers and “fusion upbeat danceable sounds” from Me and My Friends. In International Anthony Burgess Foundation, Lucy Farrell (“Splendidly atmospheric” – fRoots) and Fiona Bevan (“Startling Odysseys” – The Guardian) headline their own intimate shows. Friday closes in the vibrant festival club with sets from Jacob & Drinkwater, Will Page (Noble Jacks) and The Carrivick Sisters.

Saturday evening’s 02 Ritz show with Will Varley has escalated to what is guaranteed to be a legendary festival evening with the addition of innovative and fiery folk-rockers Holy Moly & The Crackers. In HOME’s Theatre 1, ‘Face Of The 2021 Sea Shanty Rrevival’,  The Longest Johns are joined by Ceitidh Mac (“transformative, progressive and mellow”) and Angeline Morrison. In Theatre 2 The Drystones (“big bad beats for badass barn dancing”) and string accompanied Hannah Moule and the Moulettes bring their contemporary approaches to folk and traditional music. Saturday evening in International Anthony Burgess Foundation welcomes new folk project Pedlar // Russell and clarinet and piano ambient exploration by Group Listening.

Audiences can make a day or weekend of it by taking advantage of 15% off tickets when buying for 4 or more concerts via HOME’s box office.

Well if you actually read all of this and got to the end you deserve a treat! Go grab yourself a cuppa and biscuit to enjoy while you

The organisers can´t wait to see you in October to shopw you what all their hard work on your behalf has achieved.!

Rediscover one of life’s simplest joys – the sharing of live music in the glow of a campfire. Every summer, The Nest Collective gathers audiences in beautiful green spaces within cities to hear extraordinary music by artists from all over the world. In collaboration with The Nest Collective, English Folk Expo presents a July series of Campfire Clubs in Salford, Greater Manchester.  Find more details HERE.

NO SUCH THING AS SILLY LOVE SONGS