Blog
You are here: Home1 / Blog2 / AATA3 / I spy JOSEPHINE BAKER, a musician on a  special mission 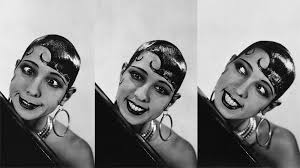 a musician on a  special mission

Damien Lewis (left) became an author largely by accident, when a British publisher asked him if he’d be willing to turn a TV documentary he was working on into a book. That film was shot in the Sudan war zone, and told the story of how Arab tribes seized black African slaves in horrific slave raids. Lewis had been to the Sudan war zone dozens of times over the past decade, reporting on that conflict for the BBC, Channel 4 and US and European broadcasters.

His slavery documentary told the story of a young girl from the Nuba tribe, seized in a raid and sold into slavery in Khartoum, Sudan’s capital city, and of her epic escape. The publisher asked Lewis if the Nuba girl would be willing to write her life story as a book, with his help as co-author. The book that they co-wrote was called ‘Slave’, and it was published to great acclaim, becoming a number one bestseller and being translated into some 30 languages worldwide. It won several awards and has been made into a feature film.

Over the preceding fifteen years Lewis had reported from many war, conflict and disaster zones – including Sudan, Sierra Leone, Eritrea, Zimbabwe, Nigeria, Iraq, Syria, Burma, Afghanistan and the Balkans (see Author’s Gallery). He (and his film crew) travelled into such areas with aid workers, the British or allied military, UN forces or local military groups, or very much under their own steam. He reported on the horror and human impact of war, as well as the drama of conflict itself. Often, he worked alone. Often, he filmed his own material over extended periods of time living in the war or conflict zone.

It was only natural that having seen so much of global conflict he would be drawn to stories of war, terrorism, espionage and the often dark causes behind such conflicts when he started writing books. Having written a number of true stories, in 2006 he was chosen as one of the ‘nation’s 20 favourite authors’ and wrote his first fiction, Desert Claw, for the British Government’s Quick Read initiative. Desert Claw tells of a group of ex-Special Forces soldiers sent into Iraq to retrieve a looted Van Gogh painting, with a savage twist to the tale. That fiction was followed up by Cobra Gold, an equally compelling tale of global drama and intrigue and shadowy betrayal.

The subject of a new biography by Lewis is the late singer. actress. beauty. and WW2 spy, Josephine Baker, (right). Once the world’s richest and most glamorous entertainer, she was an Allied spy in Occupied France.

Prior to World War II, Josephine Baker was a music-hall diva renowned for her singing and dancing, her beauty and sexuality; she was the highest-paid female performer in Europe. When the Nazis seized her adopted city, Paris, she was banned from the stage, along with all “negroes and Jews.” Yet instead of returning to America, she vowed to stay and to fight the Nazi evil. Overnight, she went from performer to Resistance spy.

In Agent Josephine (left) , the bestselling author uncovers this little-known history of the famous singer’s life. During the war years, as a member of the French Nurse paratroopers—a cover for her spying work—Baker participated in numerous clandestine activities and emerged as a formidable spy. In turn, she was a hero of the three countries in whose name she served—the US, France, and Britain.

Drawing on a plethora of new historical material and rigorous research, including previously undisclosed letters and journals, Lewis upends the conventional story of Josephine Baker, explaining why she fully deserves her unique place in the French Panthéon.

The ´life story´ of Baker has been explored in film and in  literature, novels, and tv documentaries and even in song but I think most readers  of this new biography by Damien Lewis will find it to be a  work revealing a wider and a deeper truth.

We can learn from Wiki that Josephine Baker (born Freda Josephine McDonald; naturalised French Joséphine Baker; 3 June 1906 – 12 April 1975) was an American-born French dancer, singer and actress. They inform us that it was her consistent badgering of a show manager in her hometown led to her being recruited for the St. Louis Chorus vaudeville show. At the age of 13, she headed to New York City during the Harlem Renaissance, and performed at the Plantation Club, Florence Mills‘ old stomping ground. After several auditions, she secured a role in the chorus line of a touring production of the ground-breaking and hugely successful Broadway revue Shuffle Along, (1921) that helped bring to the public’s attention Florence Mills, Paul Robeson, and Adelaide Hall.

In Shuffle Along, Josephine was a dancer positioned at the end of a chorus line. Fearing she might be overshadowed by the other dancers, Josephine used her position to introduce a hint of comedy into her routine, thereby making her stand out from the other dancers. Josephine first entered Shuffle Along in one of the U.S. touring companies (not on Broadway) as she was still underage at the time. Once she became of age, she was transferred to the Broadway production where she remained for several months up until the show ended in 1923. The next revue Josephine went into was The Chocolate Dandies, which opened on 1 September 1924. Again, Josephine was cast in the chorus line. The show only ran for 96 performances and closed in November 1925.

Nevertheless Lewis reminds us of the speed of her rise to fame in pre-war Paris and of her subsequent major achievements and appearances after the war, and outlines the effectiveness of her important parallel work as a civil rights activist.

Her personal life was somewhat complicated by a failed marriage, an extra-marital affair  and her habit, to be applauded, of adopting children in need, .but much seemed reconciled in a conversion to Catholicism in 1968. It was perhaps only after she died peacefully in a bed covered by newspaper reviews of a stellar stage performance,  that she had given only four days earlier, that the world began to realise what a legacy she had created.

Damien Lewis interprets all this and more in his thorough tome that left me now thinking of Josephione Baker as not only the sexy and sassy and real entertainer I knew her to have been, but also as a courageous and committed woman fighting, constantly, for improved human-rights awareness around the world.

There is a recording of a profoundly poignant song about her in which its writer and performer regrets the fact that he never was able to see Josephine perform live, and I´m sorry readers, but I am as sure as I can be that Pat Shaw and Julie Matthews recorded a very lively song about her too, which I felt sure was on their wonderful Lies and Alibis album, but I can´t find it at the moment to verify that. I´ll let you know as soon as I can confirm it,…..and if you have to read my admission that no, I´m wrong again, don´t blame me, blame my tripe-writer !

please note logo The primary source for this article was a piece distrusted in a Goodreads newsletter and extrapolations were also taken from Wiki articles.